Flex Wheeler talks about depression, suicide and being blessed to be alive.

In a very inspirational and moving interview with ‘Behind The Pump’; Flex Wheeler discusses depression, suicide and as well how he feels blessed after all that he has went through.

Flex Wheeler went into detail about his life as a professional bodybuilder and how he can now be an inspiration to others.

Flex has cemented his status not only as a legendary bodybuilder but as a truly gifted human who does admit his faults and also wakes up everyday to try to make a difference.

Flex admits that when he was at the peak of his career, he was a very depressed human being. He was never happy with himself and always felt insecure.

The physical perfection, nice cars, women and more did not help in any way.

Looking at Flex now, the majority of people might think he is truly depressed, but this is far from the truth.

Without the muscle, nice cars and everything else that comes along with the sport, Flex is feeling blessed and the happiest he has ever been, even after having part of his right leg amputated.

Flex said a few words during the interview that really puts everything in perspective; “I’d rather live five more minutes like this than 54 years as I was before.”

Flex is now a person that can inspire anybody. His soft spoken words can help anybody reach a higher level.

As Wheeler’s bodybuilding days are in the past, his purpose now is much more important now and the world should be truly thankful he is still with us. 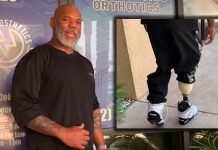 “I will walk again” – Flex Wheeler 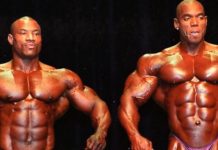 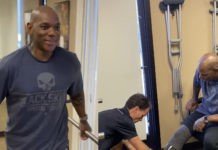 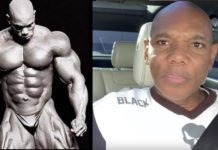