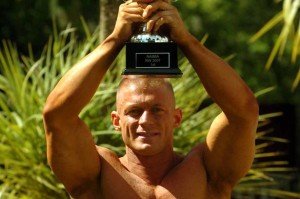 Terry Phillips has won more bodybuilding titles than any other competitor in Briton.

Mr Phillips, who was 73, accumulated more bodybuilding titles than any other Briton.

He claimed the Mr Universe title four times and also won Mr Britain in 1979 and Mr World in 1986.

He first put Merseyside on the bodybuilding map by winning Mr England 1960, followed by Mr Universe, Mr World and the European and World Championships. before finishing in 1986 after losing the World Champion ships of that year.

In the night club world, he owned the Wookey Hollow in Belmont Road, Tuebrook, Pickwicks, in London Road, the Falcon Crest in Formby and the Knowsley Country Club. Mr Phillips lived in Knowsley Village, where he ran a gym and later went on to become a Knowsley councillor, serving with both Conservatives and Labour.

His son Terry junior followed him into body building competition.

Mr Phillips also mentored his granddaughter, Alexandra Burke, of Gateacre, for the Miss Universe contest. She called him a “big inspiration”.

She recalled that he had a room full of pictures and trophies for body-building and told many interesting stories about how he travelled the world for competitions.

Terry, whose wife Alice died 11 years ago, told the ECHO in a 2009 article: “I started training in 1953 with an iron bar and concrete.

“It was so heavy I could not lift it.”