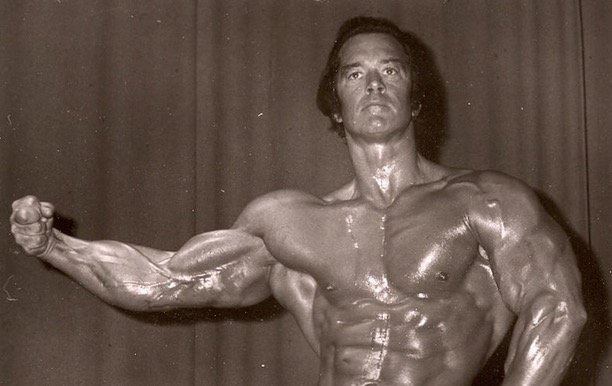 December brings some more sad news to the bodybuilding world with the passing of bodybuilding legend Chester Yorton.

Chester’s daughter Shannon announced the news of her fathers passing on her official Facebook page. Chester died at the age of 81, cause of death was a heart attack.

Unfortunately, Shannon lost her mother moments before at the age of 78. Shannon confirmed on another post that her father Chester died a few days after finding his wife dead.

Chester started his bodybuilding career from the age of 18 until he was 40 years old. Even though Chester retired from competition, he kept training until he was 70.

Arnold Schwarzenegger was not defeated by many, but Chester was one of the elite athletes that managed to defeat Arnold at the 1966 NABBA Universe. Arnold placed second to Yorton.

My dad. Died two weeks ago.

He was Mr. America & Mr. Universe.

A bodybuilder first and foremost. It was his first love. His passion. It coursed through his veins. It was almost all he thought about. He began his journey at 18 and it ended in his 40s though he always kept training till he was 70. He believed it should be about health as much as looks. He believed in the ability to transform ourselves through dedication, consistent work & discipline. He wholeheartedly believed in natural bodybuilding and started the first drug tested competitions in the 70s. He was a committed bodybuilder to himself, his clients & gym devotees.

I had good memories of my dad growing up. Throwing me in the pool so sky high I would scream! He always tucked me in at night and in the summer months cooled my pillow down against the air conditioner so I wouldn’t be hot. I remember he would never let me win at checkers & I tried. I waited almost everyday for him to come home from work to try and beat him. It never happened. To this day I am fiercely competitive. Was it the checkers games? I remember our bowling Tuesdays (yes we each had our own bowling balls) and again he never let me win, and our miniature golf Saturday’s too when I was young. You guessed it, I never won there either. He was an amazingly honest person, probably the thing I respected most about him. You never got a lie or, an embellished story. He always returned a found wallet cash and all even when he was broke. He always did his best to never let me down. I meant a lot to him. I always knew that. We had our ups and downs but, I know he did the best he could with what ability he had to be a father. The last 10 years of his life he suffered greatly in pain from back ailments that stemmed from his car accident at 18 years old where he shattered both legs. 7 back surgeries in the last 10 years and none of them helped. The pain continued and increased. Now you don’t have to suffer anymore dad. The pain is over. Nite nite dad. Don’t let the bed bugs bite. If they do bite bite em back. How? Hard. Something he always said when he tucked me in for sleep. – Shannon Yorton

I lost both of my parents 2 weeks ago, on the same day.
I am an only child and they were all I had in this world. My blood connection to it.
I can’t even begin to describe the day we found them… I couldn’t catch my breath. Hyperventilating… Tears. Shock… Panic. Tears… Nausea. Tears… total and complete devastation.
Words can’t and won’t describe the pain, grief and sadness I feel. I wanted so much more for them… I wanted an easier life for them. An better ending to their story.
My mama was 78. Autopsy still pending.
My dad was 81. Heart attack.
My mom died first.
My dad died later when he found my mom… he must have suffered such shock and sadness in finding her.

I don’t have a lot to say right now… maybe I will at some point. I’m still at a loss for words. I just wanted to share them and pay some small homage to them for now. Here are cute pictures of them at different times in their lives I recently found. – Shannon Yorton

I just heard that Chet Yorton passed away two weeks ago. Condolences to his daughter Shannon and the rest of Chet’s family and friends. Chet was born in 1940 and he was one of the early Weider superstars in the 1960’s. Chet was one of the few bodybuilders to defeat Arnold Schwarzenegger at the 1966 NABBA Mr. Universe contest in London. Chet also won the 1966 IFBB Mr. America that year and he took first place in his class at the 1975 NABBA Pro Mr. Universe. Chet was an outspoken advocate of Natural Bodybuilding and he was not shy about telling bodybuilders they did not need to use steroids to build a championship physique. Chet also started promoting drug-free bodybuilding contests way back in the 1970’s before it became popular. Rest in Peace to a great champion! – John Hanson