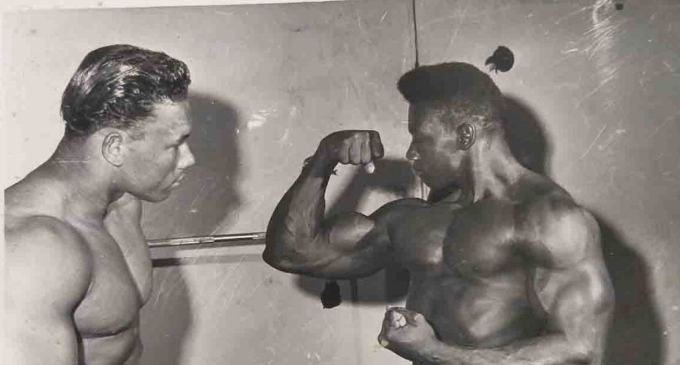 Last Sunday, the bodybuilding world lost another great athlete. 1965 Mr. World Kingsley Poitier passed away at the age of 82.

Former IFBB Mr. World in bodybuilding, Kingsley Poitier, one of just two to earn a world title in bodybuilding and fitness for The Bahamas, passed away on Sunday morning at the age of 82.

Poitier was a three-time competitor for The Bahamas at the Mr. Universe competition, winning the Most Muscular Award in 1962, in New York City, New York; the Most Muscular Award (Tall Class) in 1964, in Montreal, Canada; and the overall Mr. World title, again in Montreal, in 1965 – the same year the International Federation of Bodybuilding and Fitness’ (IFBB) Mr. Olympia competition was held for the first time.

Poitier was the first Bahamian to experience significant success in the sport of bodybuilding and fitness, dominating local competitions and winning awards regionally and internationally in the late 50s and into the 60s. Poitier got started in the sport at the age of 20, working out and training in the backyard of an associate in central Nassau with makeshift weights and home-made barbells. He was naturally physically gifted, but was also regarded as one who ate native foods, had innovative workouts and who worked very hard to build a massive physique.

Official Letter from the Ministry of Youth, Sports and Culture

The Ministry of Youth, Sports and Culture extends heartfelt condolences on the passing of the late Kingsley Poitier, who passed away on the 19th April, 2020. Son of the soil and bodybuilding champion, Mr. Poitier is remembered as a sporting giant and trailblazer having achieved among his many accomplishments the title of The Bahamas‘ ‘1965 Mr. World Bodybuilding Champion’; and induction into the National Sports Hall of Fame in 2003.

In our early era of sports development in the country, Kingsley was already demonstrating the tenets of what it took to become a champion. Dedicated and committed to his unique ability to sculpt his body, Kingsley would go on to establish himself as one of the top, elite bodybuilders of the world, evidenced when he would win the ‘Most Muscular‘ award at the 1962 Mr. Universe competition in New York. Two years later, in 1964, Kingsley would go on to again win the ‘Most Muscular‘ award at the Mr. World competition in Montreal, Canada. These tremendous performances alone broke new ground for Bahamian bodybuilding and marked the first time that a Bahamian had achieved any kind of international recognition in the sport of bodybuilding.

In 1965, before a large audience which filled the Paul Sauve Centre in Montreal, Canada, Kingsley would give the performance of his life. He dominated the stage, and captured the prestigious international title of Mr. World.

In 1966, along with eight other sports trailblazers (Thomas Robinson, Durward Knowles, Sloan Farrington, Cecil Cooke, Gomeo Brennen, Timothy Barrett, Fr. Marcian Peters, and Andre Rodgers), Kingsley was recognized for his outstanding achievements during the official opening of the Sports Centre (currently known as the Queen Elizabeth Sports Centre). Later, attaining the title of Hall of Famer, Poitier was recognized as a national builder for his outstanding accomplishments and contribution to the development of our national sports landscape, and in particular the sport of bodybuilding.

A sportsman worthy of honour, Mr. Poitier has served as an inspiration to many, and has left an indelible mark on the Bahamian sports brand.
On behalf of the Ministry of Youth, Sports and Culture we extend condolences to the bereaved family, the Bodybuilding Federation, and the entire sports community as we mourn his passing. May his soul rest in peace.

Evolutionofbodybuilding.net send our deepest condolences to the family and friends of  Kingsley Poitier 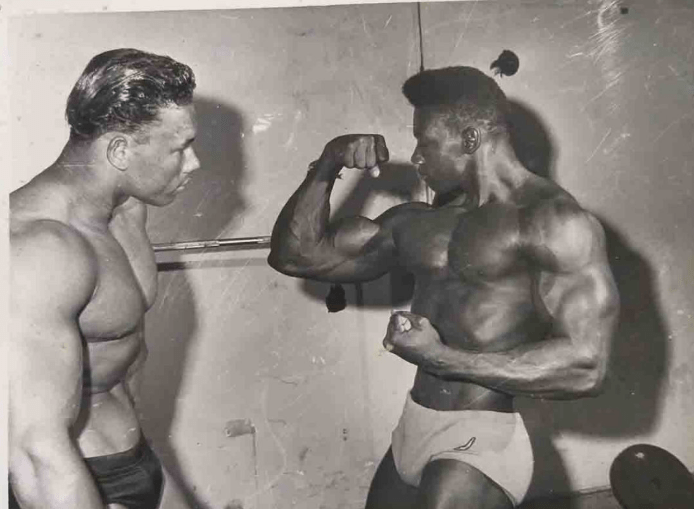