Former Olympia Weekend producer teams up with Dany Garcia and The Rock to produce Athleticon.

Interesting news coming from the bodybuilding industry. It is not results or gossip about a bodybuilder but news about the people that can make major changes in the industry.

Former Olympia Weekend producer Robin Chang has teamed up with Dany Garcia and has been made Vice President of Live events for The Garcia Companies.

The Garcia Companies is involved in producing and promoting the Athleticon Expo.

Dany Garcia and Dwayne Johnson needed a person with vast experience to produce the Athleticon event and getting Robin Chang was the logical decision.

Robin Chang made this news official on his official Instagram page.

Many might be saying who cares or what does this have to do with bodybuilding?

For many that do not know, Dany Garcia is the ex-wife and business partner of Dwayne ‘The Rock’ Johnson and as well is an NPC/Pro League athlete.

Garcia is the mind behind all the success that the Dwayne Johnson is having. Dwayne has a lot of production and media companies and Garcia is a partner in a majority of them.

Robin Chang is also working with NPC/Pro League President Jim Manion in regards to the NPC Worldwide competitions, trying to push the NPC internationally. Robin is basically Jim Manion’s secret weapon when it comes to promoting NPC Worldwide on an international scale. Robin’s promotional skills will come in handy for Manion.

Dany Garcia and The Rock have recently launched their new super fitness expo called Athleticon that will be taking place 9-11 October, 2020. Robin Chang will be using his wealth of promotional and production experience for this mega expo.

Read More: EXCLUSIVE: The Rock’s Athleticon – The facts and more

The part of this expo that will interest a number of bodybuilding and fitness athletes is that it will have an NPC/Pro League show called with over $1 million in prize money to be shared among the athletes.

As well this show will also have a NPC/Pro League qualifier that will hand out eight NPC/Pro League cards to the winners and as well qualification to the Pro League show that will be taking place the same weekend.

Getting back to Robin Chang, he surely has will have a major part in creating these shows.

From 2004-2019, Robin was the top man at AMI (American Media Incorporated) for anything to do with the Olympia Weekend.

In his final years producing the Olympia Weekend, it was evident that Robin Chang was under a lot of pressure to bring this popular event to a higher level.

From bringing back Kevin Levrone and Flex Wheeler, Robin tried everything. Even adding a new title such as the ‘People’s Champion’ title.

The 2018 Olympia Weekend would be the final year Robin Chang controlled this event.

A sour point of the 2018 Olympia Weekend was the way the show was promoted. The emphasis was not if Phil Heath would win his eight Mr. Olympia title, but in the lead up to the show, the focus was on the athletes that could and eventually would defeat him.

Phil Heath himself also made it known publicly that he was not happy the way it was handled.

Read More: WATCH: Phil Heath believes he was pushed aside in lead up to 2018 Mr. Olympia

Another big loss to the Mr. Olympia was Kai Greene deciding not to be involved with this competition. Kai’s final appearance was in 2014 when he placed second to Phil Heath.

The reason for Kai’s split with the Olympia Weekend is still not known today.

An interesting point is that after the split between the IFBB and the NPC in 2017, things started to go sour for Robin at the Olympia Weekend.

Not long after the 2018 Olympia Weekend ended, Dan Solomon was named the new Chief Olympia Officer and VP at AMI.

Another major improvement with Dan Solomon taking over the Olympia Weekend is the way he treated the media. Dan opened up to all the media, making it much easier to cover the event and even promote it.

In regards to contacting and getting a response from Dan, he always made it a point to reply to any questions in the lead up to the 2019 Olympia Weekend.

The 2019 Olympia, under new leadership, was heralded as a success.

Dan also is on record saying that he will promote the Athleticon event and is happy such an event is being organized.

Robin Chang was unfortunately very difficult to work with in regards to media. He was very heavy handed when giving out press passes. If a site criticized the Olympia Weekend or its organizers, you can expect not to be given a press pass and they would make it very difficult for you to cover their event.

The same few media outlets (friends of friends) were given the privilege to cover the event openly every year. Maybe this was not coming from Robin directly, but from the powers above, regardless, it was easier and more enjoyable to cover the Olympia Weekend in 2019.

The sport of bodybuilding is already a difficult sport to promote, adding a lot of restrictions to the media will definitely not help.

The reasons for Robin Chang leaving AMI is still not known. There was a lot of speculation that he was fired for not getting the results financially and bad decisions in his final years with the company. Others speculated that Robin just basically wanted a new challenge in his career and he decided to work with Jim Manion and now Dany Garcia and Dwayne Johnson.

Who would blame Robin for leaving AMI when the opportunity came to work with the biggest film star in the world.

These were the first words from Robin on Instagram, “Many have said I need to be more active on IG, so here’s my first post…Looking forward to promoting Athleticon, IFBB Professional League and NPC Worldwide!”

Being the promoter of the Athleticon event can been seen from two angles.

1. Robin has a new fantastic challenge and he will do great things promoting the Athleticon event in general.

2. This new position with Dany Garcia and Dwayne Johnson can also be seen as a threat to the Olympia Weekend since it has a major bodybuilding and fitness event.

The bodybuilding and fitness event will never be bigger or have the same prestige of the Olympia Weekend or Mr. Olympia contest, but these little details are already causing some controversy.

To honestly say that the Athleticon now headed by Robin Chang will be a threat to the Olympia Weekend will be foolish to say at this point in time, but as the event gets closer, Robin Chang’s objectives will unveil on their own.

Will 7X Mr. Olympia Phil Heath or Kai Greene be involved with Athleticon? These are the questions many are asking.

Be sure to expect something big from Robin, he will definitely want to shock his former employees at AMI.

Good luck to Robin on his new adventure with Athleticon, surely it will be an event not to be missed. 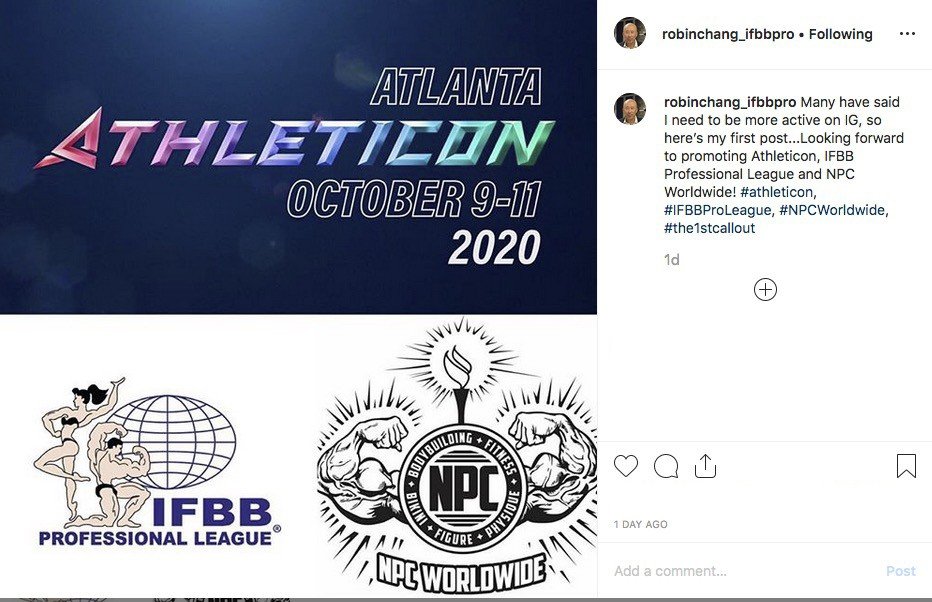 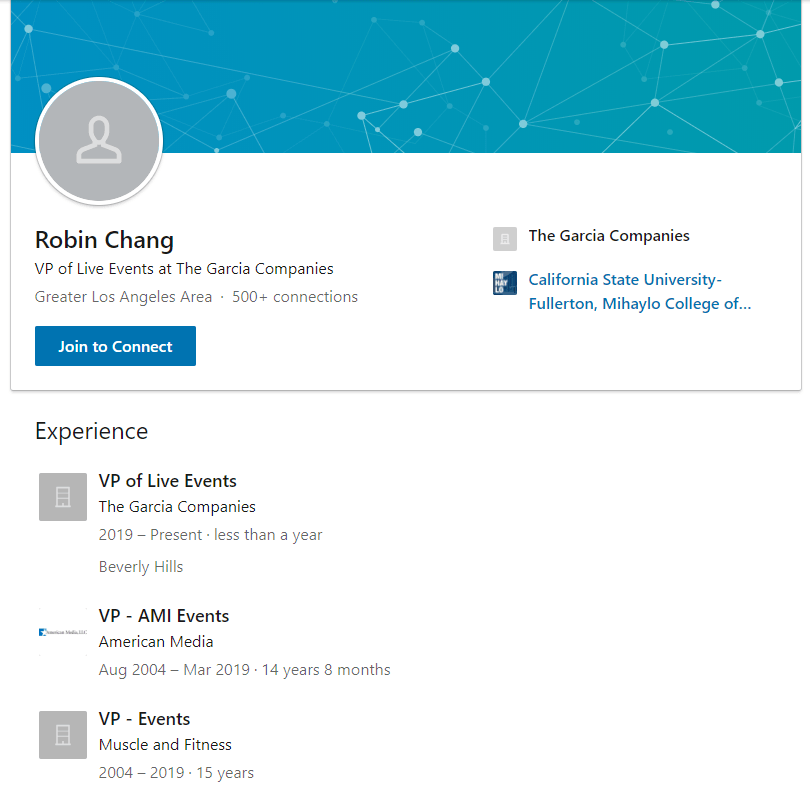 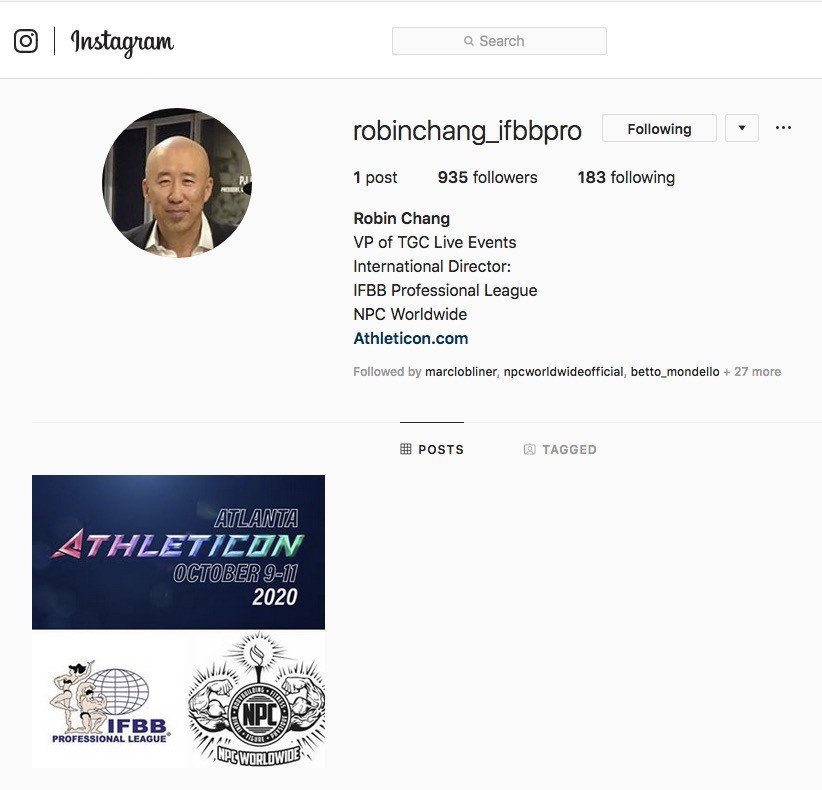 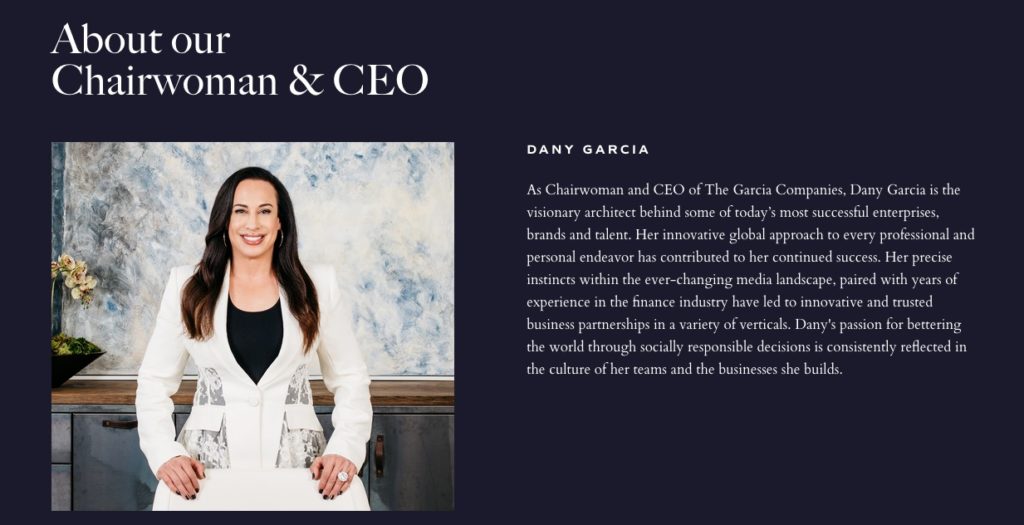 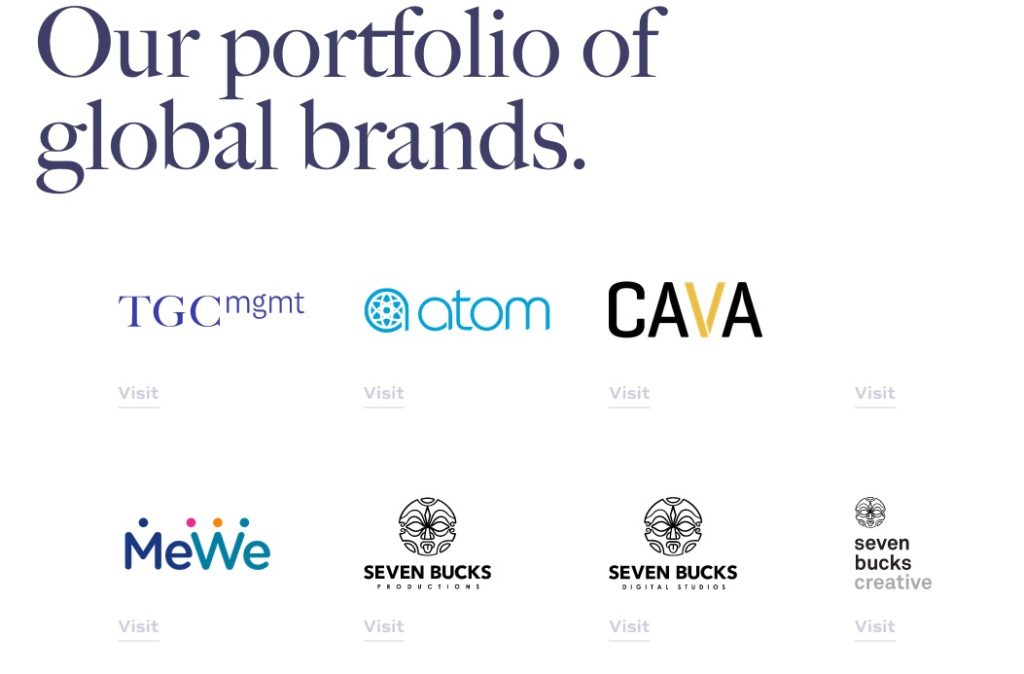