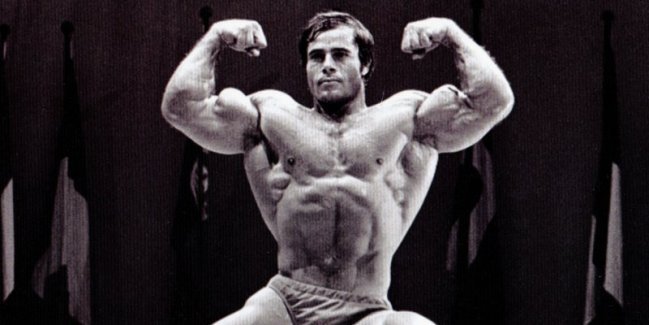 Bodybuilding legend and two time Mr. Olympia Franco Columbu died due to an accident at sea.

According to reports. Franco Columbu, 78, died from the consequences of an accident at sea in the late morning in San Teodoro. Franco Columbu was transported to the hospital of Nuoro, he died at the San Francesco in the early afternoon.

Evolutionofbodybuilding.net will keep you updated with the news as it comes in.

We at Evolutionofbodybuilding.net send our condolences to Franco’s family and friends in this difficult time.

Columbu was born in Ollolai, Sardinia (Italy). Starting out his athletic career as a boxer, Columbu progressed into the sport of Olympic Weightlifting, powerlifting and later bodybuilding, winning the title of Mr. Olympia in 1976 and 1981. At 5 feet 5 inches (1.65 m) in height (some magazines reported as short as 5 feet 3 inches (1.60 m)),[citation needed] Columbu is shorter than most of his bodybuilding competitors, but that did not prevent him from achieving widespread success.

In 1977, Columbu competed in the first World’s Strongest Man competition and was in first place in total points during the competition; a remarkable outing, considering that Franco weighed much less than all his competitors. Then came the refrigerator race, which called for a downhill race in which a heavy, bulky, unwieldy refrigerator is strapped to the racer’s back. While ahead, Franco stumbled, and was shown on national television collapsing with a grotesquely dislocated leg. This ended his participation in the World’s Strongest Man contest (in the end, he finished in fifth place). After a court settlement, he received a reported $1 million in compensation for his injury. 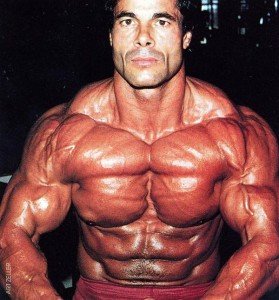 It took six hours of surgery to remove all the muscle and fix his leg. Doctors told him he would never walk again, but Columbu fully recovered in three years. After Arnold Schwarzenegger’s comeback victory in the 1980 Mr. Olympia, Franco followed suit and won the 1981 Mr. Olympia. 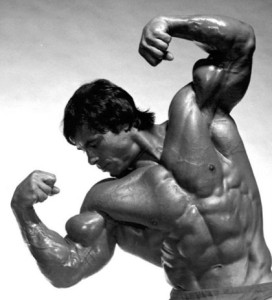 The final champion was determined by a pose down between the two class winners. The IFBB has since abandoned weight classes. Arnold and Franco were inseparable during the early to mid-1970s and were training partners. Columbu served as the best man at the wedding of Schwarzenegger and Maria Shriver in 1986. Columbu and Schwarzenegger had been encouraged to come to America by bodybuilding guru Joe Weider in 1969; Weider sponsored them with an $80/week stipend and the two European bodybuilders began a bricklaying and patio business called European Brick Works in 1969.

From the time he arrived in America in 1969, Franco Columbu was considered one of the world’s strongest men. He held a number of powerlifting and Olympic weightlifting world records. He also performed a strongman act in which he routinely blew up a hot water bottle by inflating it orally, lifted vehicles on stage (while someone else was changing a tire) and deadlifted over 700 lbs for repetitions.

He designed a comprehensive workout for men in 1988 to flatten the stomach, narrow the waist, and eliminate love handles. He is both a chiropractor and a weightlifter and his career parallels that of American weightlifting champion Karyn Marshall, who has used chiropractic therapy to train for competitions and who became a chiropractor herself.