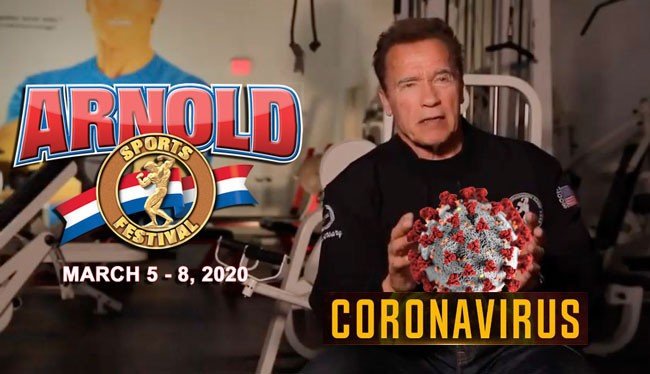 The news that shocked the bodybuilding and fitness industry was the cancellation of the Arnold Sports Festival Expo.

Just a few days before the doors were to be opened to the public, it was made official that the Arnold Sports Festival Expo would be cancelled due to the coronavirus problem.

Obviously many fans, athletes and sponsors that rented space for to advertise their products were left in shock.

Moments after it was made official that the expo would be cancelled, a press release was published confirming that the pro show would taking place as planned with spectators allowed to enter.

Until publishing this article, it is not known if the Arnold Classic amateur will run as scheduled.

The NPC did publish a press release confirming that the athletes will be registered, but no guarantee will be made if the show will go on.

Fans, athletes and companies immediately started to show their frustration on social media in regards to certain matters.

A number of fans had to either cancel their flight and hotel, losing all the money they spent on bookings, due to the short notice.

Amateur athletes that had to travel a long distance were still left in the dark to what was going to happen in regards to the amateur competition.

The big companies that rented advertising space at the Expo also vented their frustration after they received a letter from the organizing committee.

The letter to the Exhibitor stated that they only get a 5% discount for booth expenses and handling of materials shipped.

This did not go down well with the majority of advertisers that invested in the Expo.

Many have already decided not to invest their money with the Arnold Sports Festival for future events.

This will surely impact the 2021 Arnold Sports Festival.

The NPC and Pro League continued to reply to the comments by insisting it was a decision made by the State of Ohio.

Below are the screenshots of a number of people venting their frustration and the letter from the Arnold Classic to the Exhibitor (these posts are all on public domain): 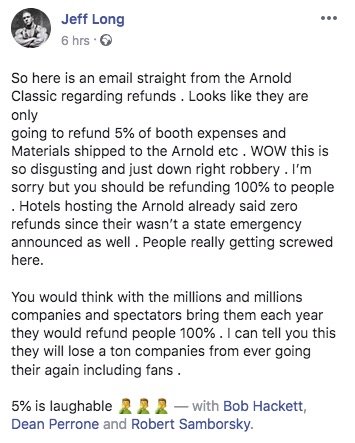 Messages on social media by fans and athletes. 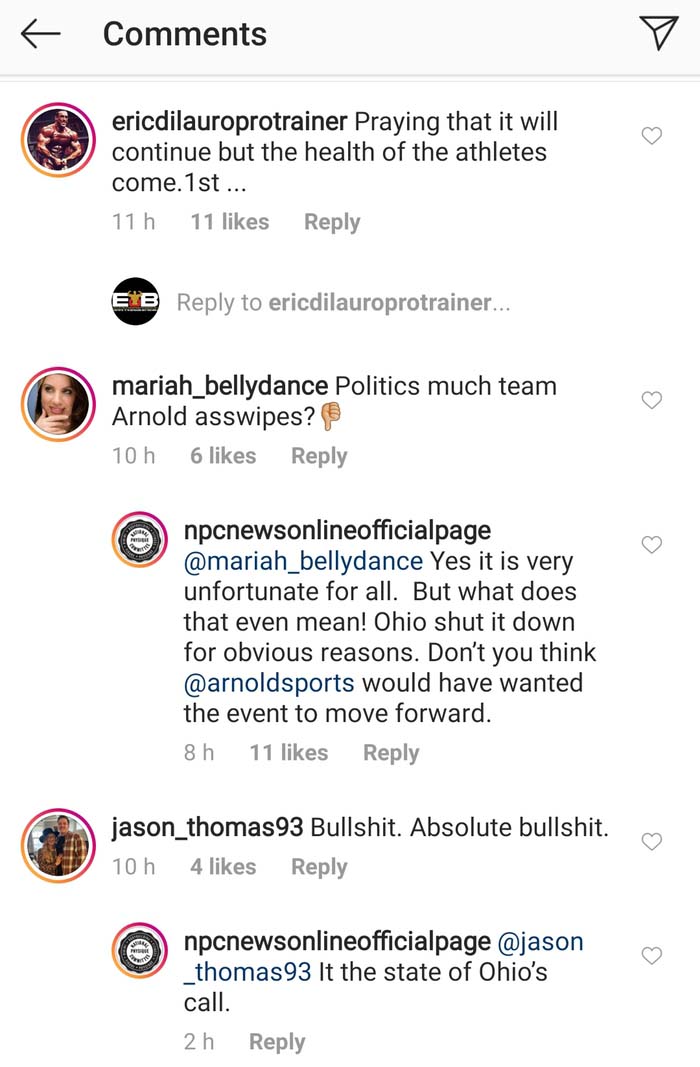 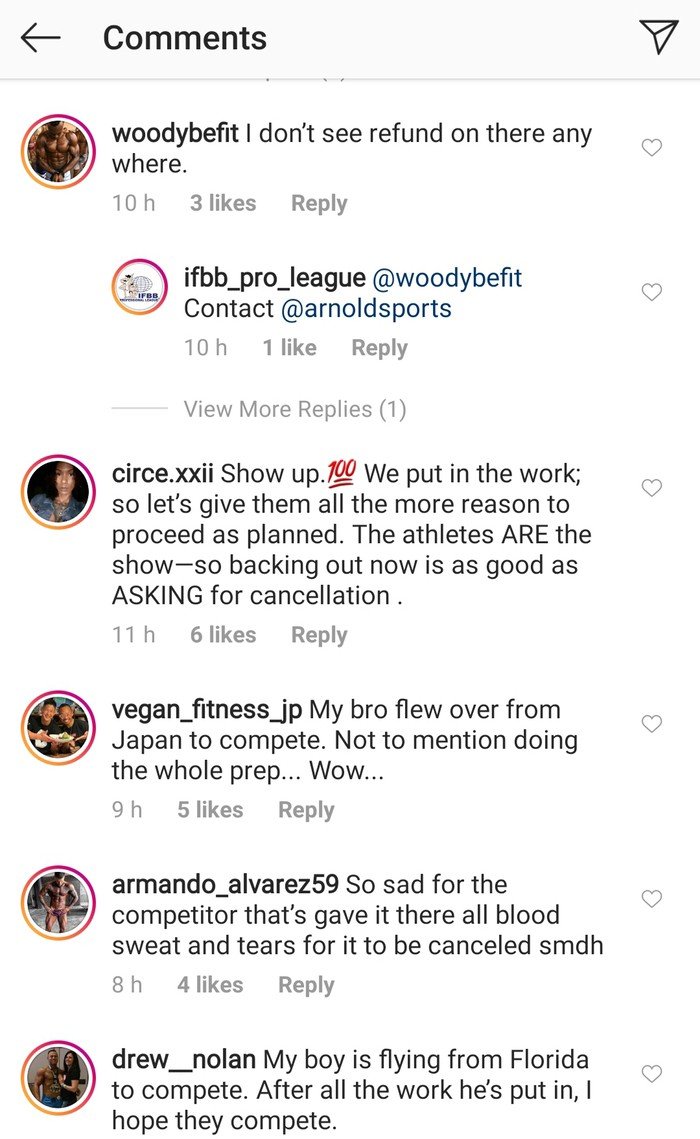 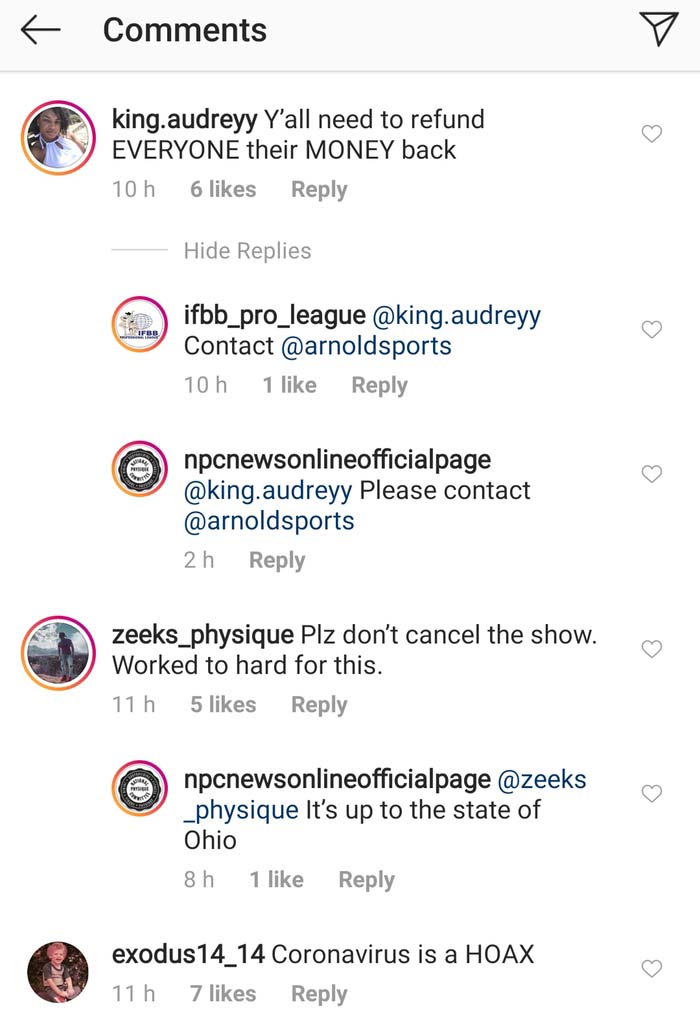 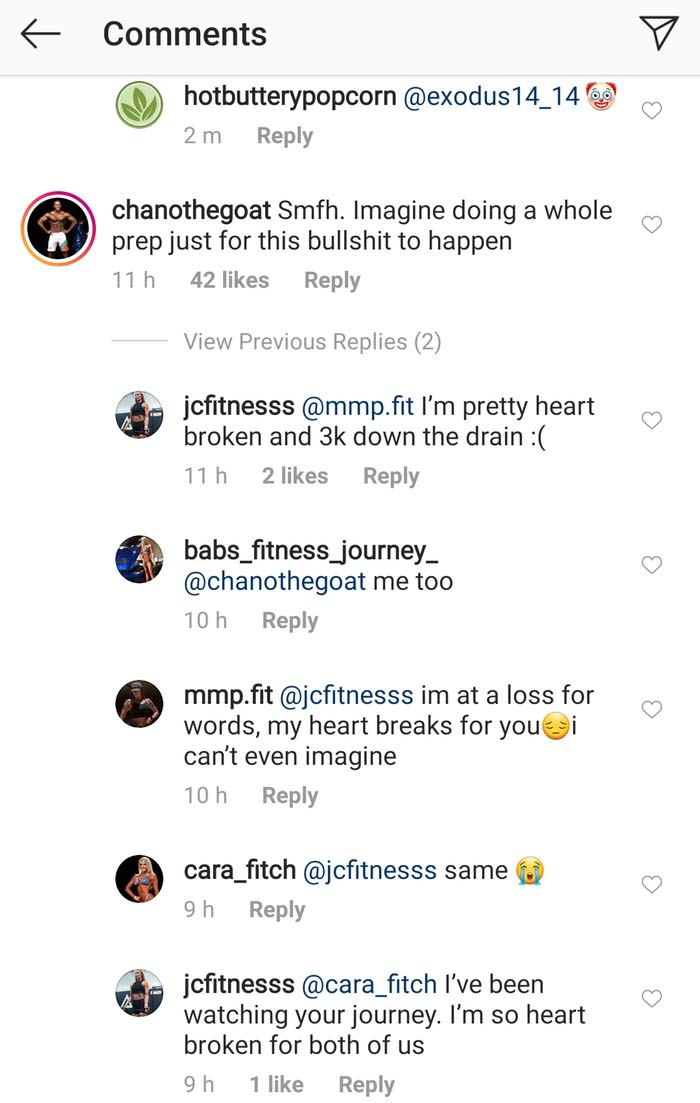 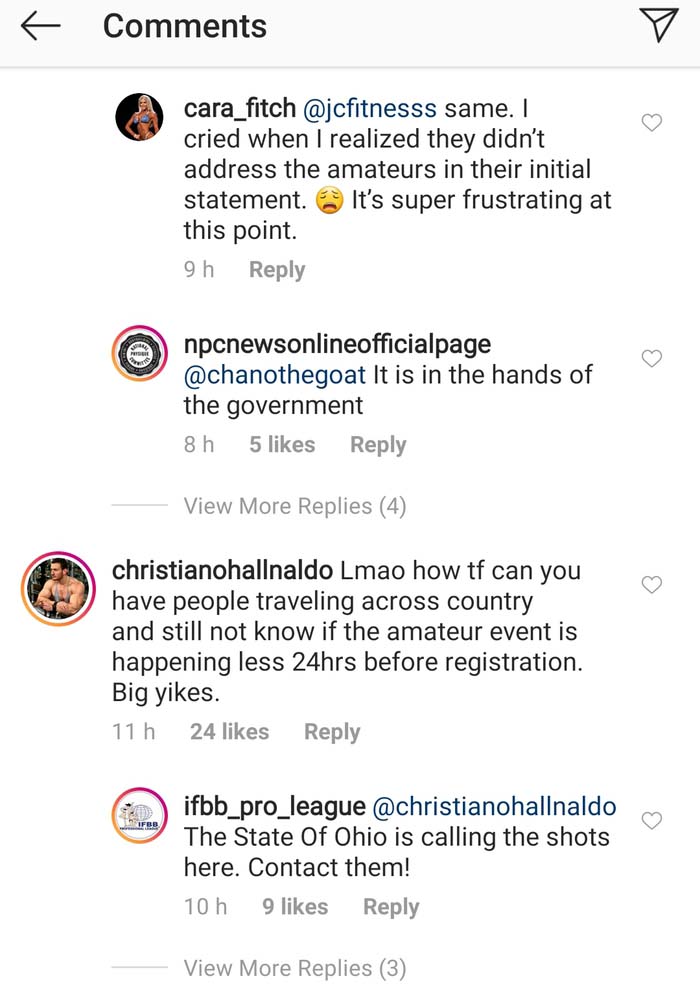 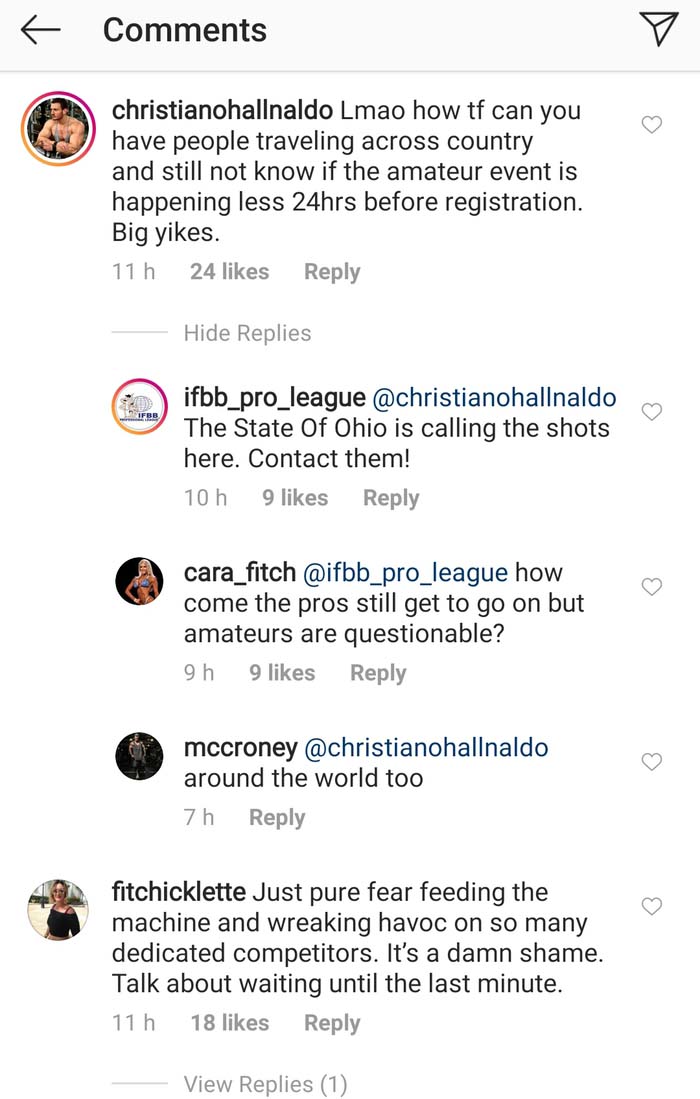