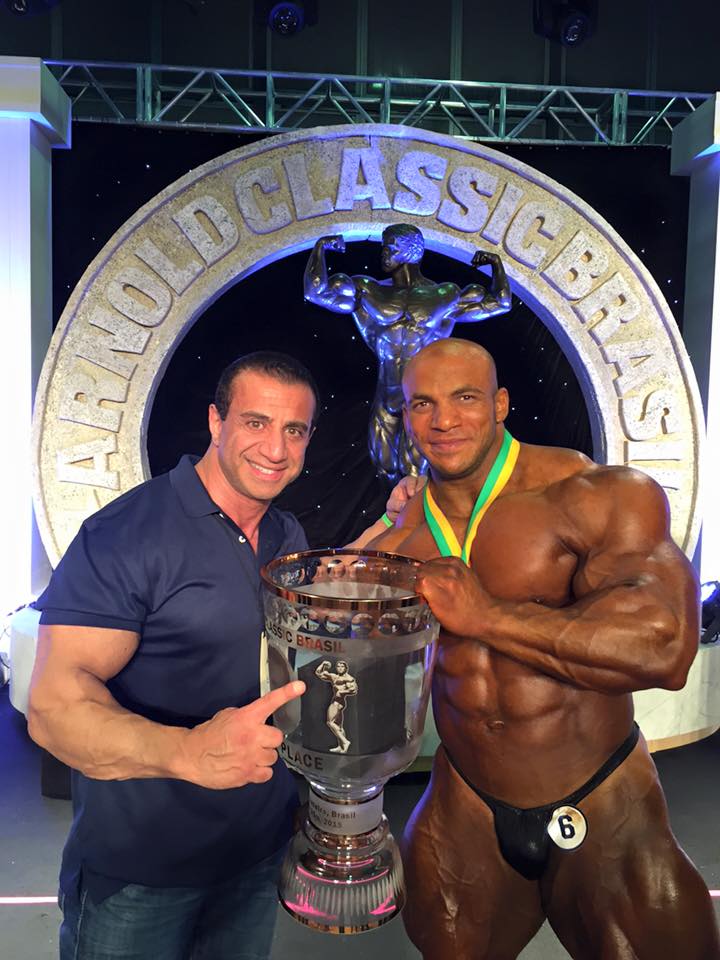 As many know lately George Farah and Chris Aceto have been trading words regarding Mamdouh “Big Ramy” Elssbiay.

Big Ramy was working with Dennis James and then had a stint with Chris Aceto to then all of a sudden start working with George Farah.

On the 5/25/15 edition of Heavy Muscle Radio, Chris Aceto made a comment that the recent photos that were published of Big Ramy by George Farah were Photoshoped.

It started of by Dave Palumbo asking Chris what he though of the recent photos of Big Ramy and Chris replied “The filtered or non-filtered ones?”

All was quiet from the George Farah and the Big Ramy camp regarding these comments, until the result of the 2015 Arnold Classic Brazil.

The time came for George Farah to give a response to Chris Aceto when he was being interviewed by Shawn Ray after Big Ramy’s victory.

Shawn Ray asks George Farah “what’s going to make Big Ramy stand out at the 2015 Olympia?” George immediately replied “Just give me time.. Just give me time brother that’s all I am going to say, I already took some photos before the show with a photographer and some people (showing quote sign) claiming out there that they are photoshopped… well there’s your photoshop and beat all your guys!”

This surely will not end here.. we now wait for the response from the Aceto camp from RXMuscle.com