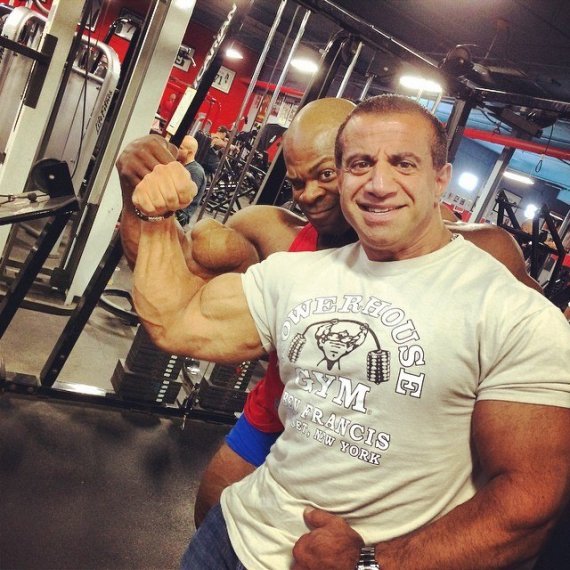 The latest story we published about George Farah being reported to have stage 4 colon cancer has been confirmed.

Bob Cicherillo confirmed on Muscular Development‘s forum that he contacted George and the story that has been spreading like wild fire is confirmed.

This is what what Bob posted:

I talked with George this morning as the rumor mill is out in full force. This info comes right from George himself

George has been diagnosed with cancer in his colon and rectum, it is in an advanced stage.

He has been undergoing Chemo for a few rounds, its anything but a picnic

George is very optimistic that he will beat this, as he’s beaten just about everything else that has been thrown his way…He’s doing everything within his knowledge to fight this and give himself the best chance at eradicating the cancer.

Most people know, George was shot multiple times some years ago…a few bullets still in his body as they were unable to remove them safely. Not sure if this has contributed in any way to his present condition.

He is not in the hospital, he is home and in good spirits anxious to get back to the business of bodybuilding.

Anyone that knows George will tell you the same thing, he’s anything but a quitter. I can all but guarantee that he’ll find a way to overcome this and be back in action soon.

George is going through one of the biggest battles of his life and we are sure he will get through this. 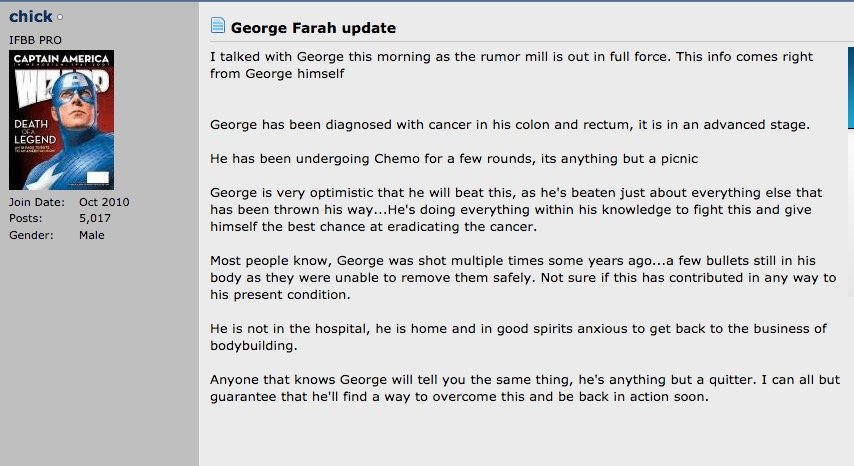