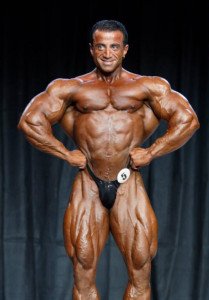 Farah grew up in Lebanon during the Lebanese Civil War (1975–1990) where he participated in combat operations as a child. Bodybuilding helped Farah get through these rough times and served as an outlet for much of his tension, and he won the Mt. Lebanon competition at age 15. He and his family moved to the United States, settling down in Rochester, New York where he earned a BA in electronics. He then opened a wholesale car business. It was here that he earned the nickname “bulletproof”, when in August 1997, he was shot two times in the back outside a convenience store in an attempted robbery by a gang.

Due to this incident, Farah lost a kidney. He also had an ileostomy, spending five months in the hospital. Which in turn greatly reduced his body weight from 200 lbs to 130 lbs, losing almost all his hard earned muscle. However, this motivated Farah, as only one year later he competed in the 1999 NPC New York, winning and seemingly regaining most of the muscle he had lost from the incident. A year later he won his pro card in his first attempt at the 2000 Nationals. Since then Farah has competed in 19 professional contests and becoming one of the few middleweights to enjoy a successful career in the IFBB.

Farah is also a well known trainer in the bodybuilding circuit. He has helped a number of bodybuilders achieve their goals, his most recent client was Essa Obaid whom he helped win the 2010 Arnold Amateur contest. Other clients include Kai Greene, who he helped to second place at the 2012 Mr Olympia. Farah has been featured in many fitness and magazine articles, including Building Muscle, Burning Fat magazine. Farah is a regular commentator for Muscular Development magazine. He currently resides in Rochester, New York. 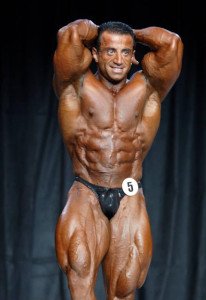