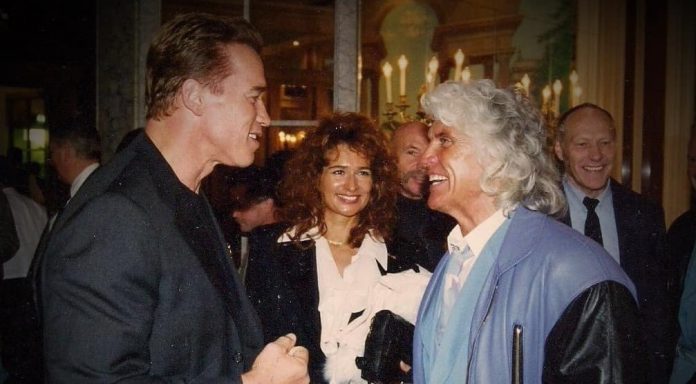 Sad news has hit the bodybuilding world this weekend with the death of German bodybuilding great Karl Bloemer.

A favorite among German bodybuilding fans, Karl competed as an amateur between 1967 and 1978.

In his later years, Karl was easily noticed with his trademark white hair and great smile.

Just as Schwarzenegger, Karl appeared in a number of films and TV shows. 1977, Jane bleibt Jane and in 1985, Eine Frau für gewisse Stunden.

Karl competed in both NABBA and IFBB events during his career.

Placing fourth in the Tall Class at his first NABBA event in 1967 was an incredible achievement for the young athlete. First place was won by the legend Bill Pearl.

In 1968, the results would improve for Karl as he placed first both at the IFBB Mr. Europe and NABBA Mr. Europe.

In 1970, Karl went on to win the German Championships.

The German champion continued to dominate in 1971 by winning IFBB Mr. Europe and Mr. Universe. These victories cemented Karl’s status as one of Germany’s best bodybuilders.

After taking some time off, Karl decided to enter the IFBB World Championships in 1978. He managed to place 15th in the middleweight division in a deep line-up that was won by Tom Platz. The heavyweight division was won my Mike Metzer.

Evolutionofbodybuilding.net send our deepest condolences to the family and friends of Karl during this difficult moment.

We would like to thank bodybuilding historians Si Sweeney and Raymond Cassar for their information about Karl.