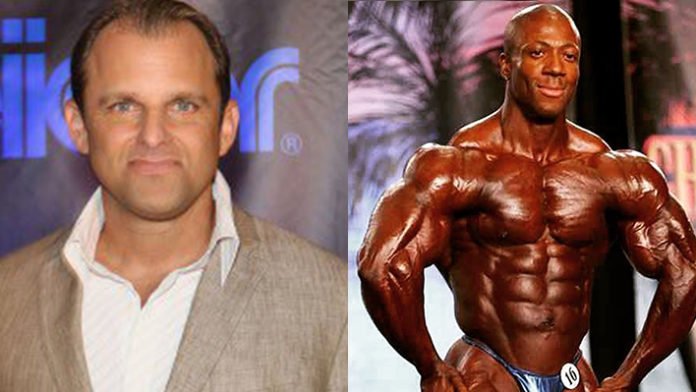 A simple meeting between Dan Solomon and Kai Greene turned into the most debated story on social media for the past couple of days.

The subject of Kai Greene and the Mr. Olympia has always been debated since his last appearance in 2014 when he placed second to Phil Heath.

Many argue that if Kai continued to compete at the Mr. Olympia, he could have won on a number of occasions.

Since his last Olympia appearance in 2014, Kai Greene has been teasing the bodybuilding world if he will be returning or not.

It is becoming evident that bodybuilding fans and competitors have had enough with all these false promises.

2020 New York Pro winner, Iain Vallieri, made his opinion known when he said that he could not care less about Kai Greene’s antics.

Just a few hours after Iain made his opinion known, Chris Aceto and Sergio Oliva Jr. also gave their opinion on the matter.

The majority of fans and athletes believe that focusing on Kai Greene has now become a waste of time.

The first to vent his frustration is Chris Aceto, the person behind the Olympia success of Jay Cutler and Shawn Rhoden.

Chris has always been vocal about the situation with Shawn Rhoden and the Mr. Olympia contest.

Unfortunately after Shawn Rhoden won the Mr. Olympia in 2018, shortly afterwards as he was prepping to defend his title, he was forced to pull out of the competition.

The reason for Shawn Rhoden skipping the 2019 and 2020 Mr. Olympia competitions is due to legal problems.

Till today, Shawn Rhoden reminds the bodybuilding world that he never lost his title.

After Dan published the photo with Kai Greene, Chris left a short but powerful comment.

“I’d rather see this with someone who’s been waiting to be on stage every year, Shawn Rhoden.” – Sergio Oliva Jr.

As time goes by, the top names in the industry are making it known that the bodybuilding world should move on and forget about Kai Greene.

Kai should not expect a free pass for the Mr. Olympia. He needs to qualify like every other competitor.

Regarding Shawn Rhoden, already two years have passed and his legal problems seem to be dragging on.

It’s about time he is welcomed back to the Mr. Olympia stage to earn the right to try and win his title back. 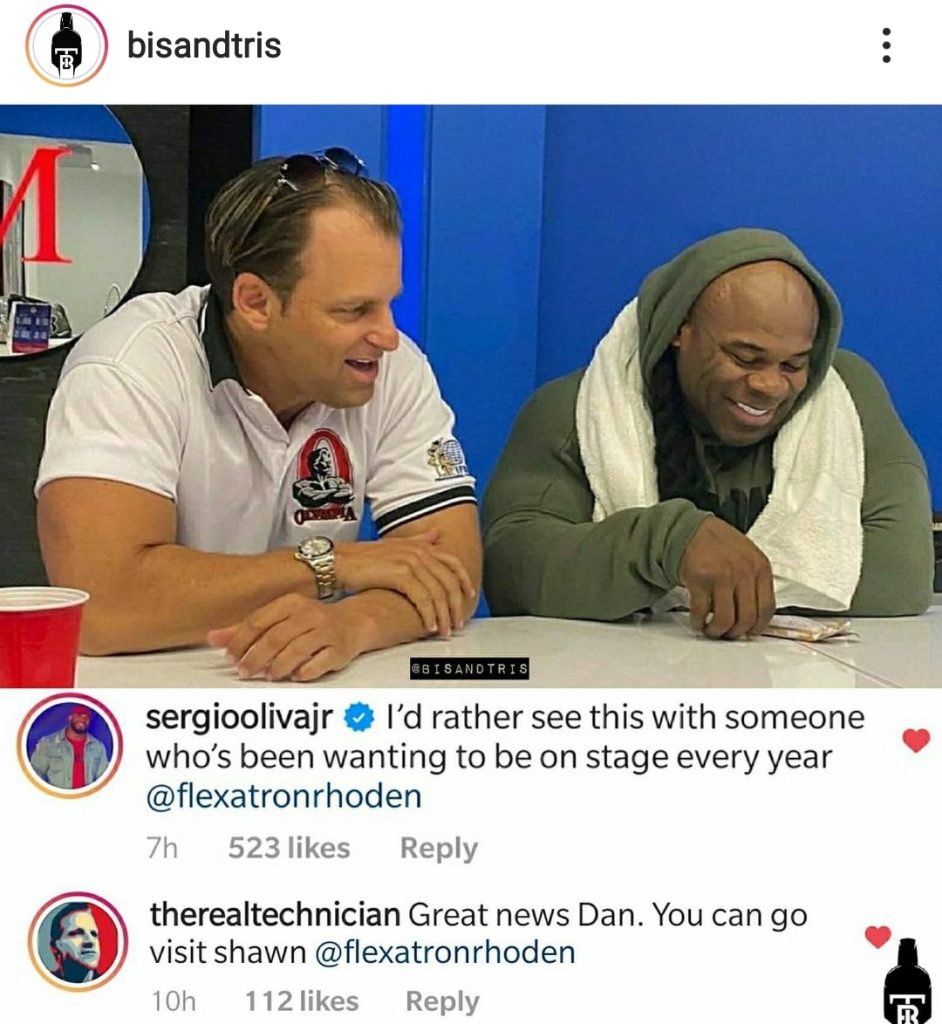