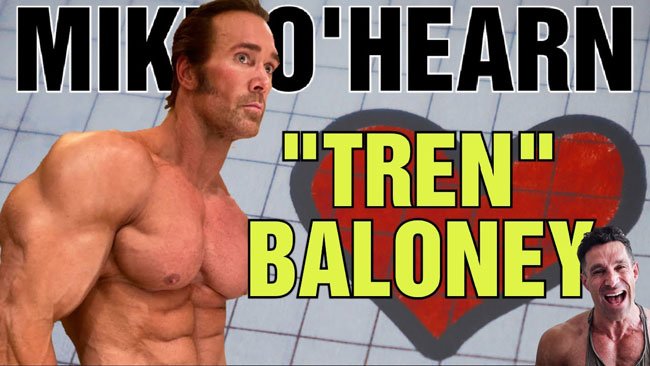 Mike O’Hearn is one of the most popular bodybuilding athletes on social media.

At the age of 52, Mike is still is in fantastic shape with a physique that can still go up against athletes half his age.

In the last couple of years, numerous fitness gurus have had countless debates if Mike is natural or on steroids.

In a recent video, Mike O’Hearn said that there is no need to do cardio everyday and three 20-minute sessions per week is enough.

Mike also says that the heart is a very powerful muscle and it does not need so much intense cardio.

The funny thing about Mike O’Hearn is that he was making these comments while he was doing cardio.

It is a fact that the normal person or athlete needs more than 60 minutes of cardio per week. Greg presents the proof of these facts during his video.

Greg also presents a valid point that Mike has to be be very careful of what he says on social media. Mike influences thousands of followers and the wrong information can effect a number of people negatively.

As Greg can sometimes be difficult to listen to, he always presents very valuable points. Having close to 1 million subscribers on YouTube is proof Greg is doing something good.

Greg also has the education and experience to back his comments as he did on many occasion in this debate.

Watch the videos below and decide for yourself who is presenting the best facts regrading cardio.