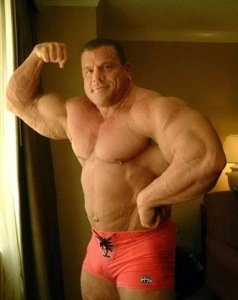 Canadian IFBB Pro Greg Kovacs died 25 November, 2013 at the age of 44.
According to sources he died of a heart attack

In 1990s, Greg Kovacs was the largest pro bodybuilder. According to Muscle Insider, he had an off-season weight of 420 pounds and his arms measured 25 inches, his chest 70 inches, and his legs a colossal 35  inches.

He has been reported to have developed over 27 inch arms in the prime of his career. Kovacs earned his IFBB Pro Card in 1996. In June 1997, he appeared on the cover of FLEX Magazine. 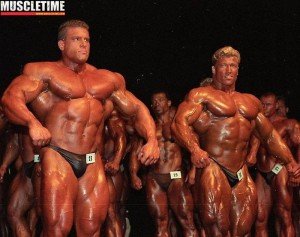 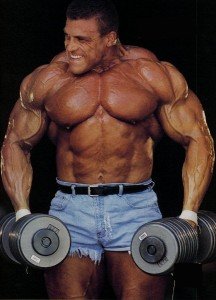