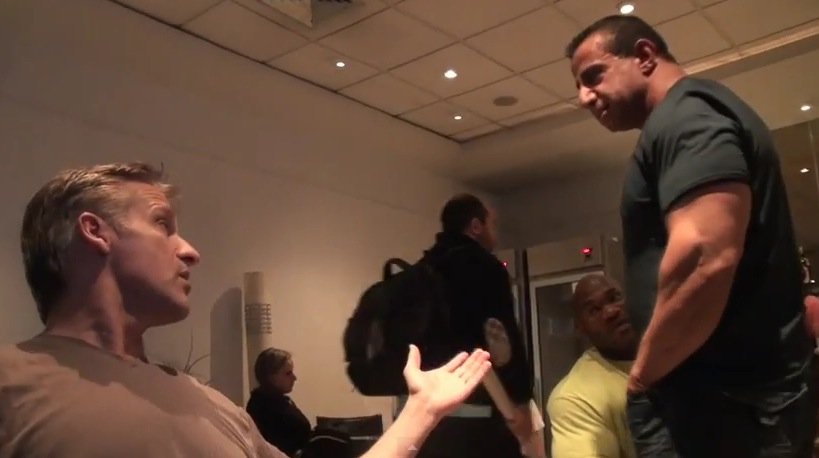 Chris Aceto and George Farah have been trading words for the last couple of weeks through various websites.

Finally the two come face to face at the airport lounge in Rio de Janeiro and surely enough they did not hold back.

This battle or as Jay Cutler calls it “Guru Wars” will only drive these two diet guru’s to push their athletes to the best they can possibly be.

George Farah will have some complex decisions to make as he has to bring both Kai Greene and Big Ramy to the next Mr. Olympia in their best ever condition if they want to take the crown away from reigning champion Phil Heath. Both are looking to be front runners for this battle but who has the better chance to challenge Phil?

It seems that if men’s bodybuilding is losing a bit of its sparkle, Chris and George are making up for it off the stage.

This feud will continue and surely hit its climax at the 2015 Mr. Olympia.

In the meantime, George will use his social media and Muscular Development to get his word out while Chris has the backing of RXMuscle.com.

Stay tuned for more updates about this feud!!