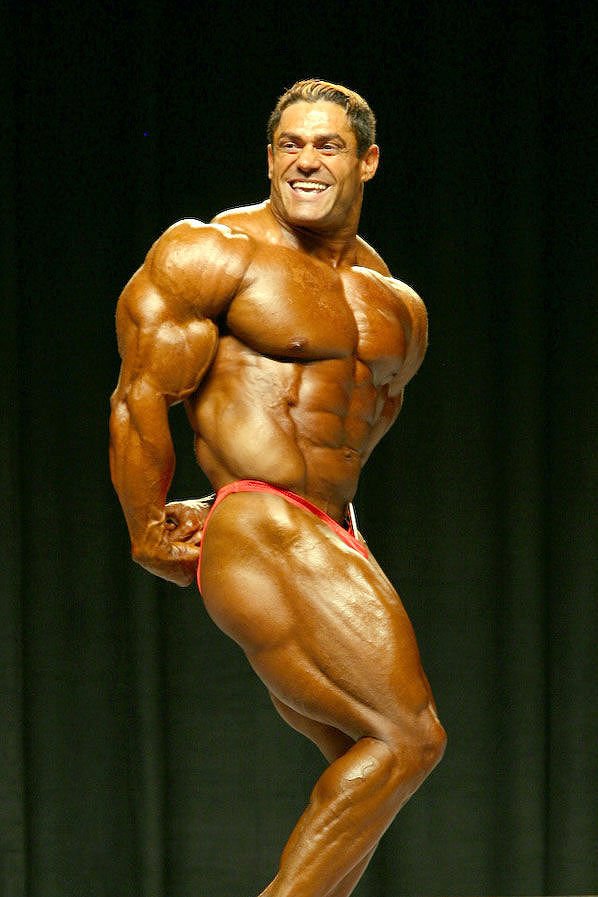 Gustavo Badell aka the Freakin’ ‘Rican was born November 3, 1972

evolutionofbodybuilding.net is honored to add Gustavo Badell to its Legends section. Gustavo had great stage presence and even though he was not the tallest bodybuilder around, he went head to head with the best their was. He placed third at the Mr. Olympia on two occasions making him a true legend in the sport of bodybuilding.

Gustavo was born in Venezuela, but his family moved to Puerto Rico when he was five years old. He began lifting weights at the age of fifteen to increase his size for boxing. Gustavo gained muscle incredibly fast, and when he was 19 entered and won his first bodybuilding competition; the 1991 Junior Caribbean Bodybuilding Championships.

After only six years of weight training he was able to turn pro by winning the 1997 Caribbean Championships. His first IFBB appearance was in 1998 when he competed in the IFBB Grand Prix of Germany. He first competed in the IFBB Night of Champions (now called the New York Pro) in 1999, where he placed 14th. His first Ironman Pro Invitational came in 2000, where he placed 18th.

His first Mr. Olympia appearance was in 2002, where he placed 24th. His first Arnold Classic was in 2004, where he placed 7th. His pro placings have been lackluster until 2003 when he started placing higher, in part because of help from fellow pro bodybuilder Milos Sarcev. Gustavo has been featured in many fitness and magazine articles as well as appearing on the cover of FLEX magazine. He is also featured in numerous advertisements for MuscleTech, normally for Nitrotech Hardcore protein powder and Masstech weight-gain powder.