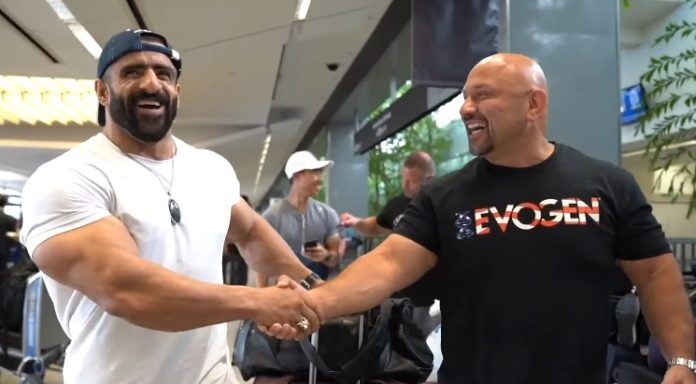 The big news just days before the 2019 Olympia Weekend is that Hadi Choopan will be competing in the 2019 Mr. Olympia Open Division.

The news was revealed by Choopan’s trainer, Hany Rambod, during an interview with Olympia Chief Officer Dan Solomon at the Wings of Strength Rising Phoenix in Arizona.

Choopan would have been a dominant force in the 212 Division, but he has decided to go up against the big boys.