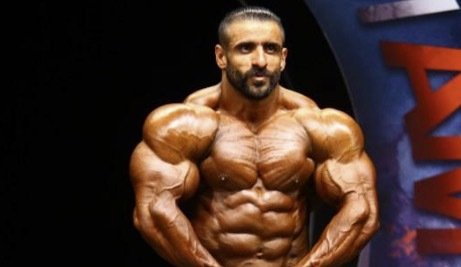 Conflicting reports on Hadi Choopan’s visa to enter the USA.

The news of Hadi Choopan being denied a visa to get into the USA has been spreading very fast on social media.

RXMuscle seems to be getting the credit for this story, but in reality it was the New York Post that published the story. A post on Instagram by RXMuscle with the New York Post logo cropped out has confused readers.

It seems a number of sites have jumped the gun as conflicting reports from people very close to Choopan have been insisting that now such decision has been made yet.

According to reports, Hadi Choopan’s manager has confirmed that the news published by the New York Post and RXMuscle.com is not confirmed and they are still in negotiations with the USA for Choopan to get his visa.

Hadi Choopan has qualified for the Olympia Weekend on a number of occasions, but unfortunately USA President Donald Trump’s ban on Iranian’s entering the country has made it very difficult for Choopan to compete at the Pro League’s biggest event.

The Olympia Weekend is not the only major competition that Choopan could not compete in, but he has also been denied entry into the USA to compete at the Arnold Classic Ohio.

Many are suggesting that Hadi Choopan has connections with terrorist organizations, but there is absolutely no proof to suggest this is true. Pro Trump supporters are pushing these rumors on social media.

Choopan was recently granted entry into Canada were he won the Vancouver Pro show to earn his qualification for the 2019 Olympia Weekend.

Choopan is one of the favorites to place very high in the open bodybuilding division at the 2019 Mr. Olympia.

What is interesting is that the New York Post also confirmed in their article that they tried to contact the US Citizenship and Immigration Services, but they declined to answer.

Is Hadi Choopand going to be allowed entry into the USA? This is the big question that still needs to be answered!! 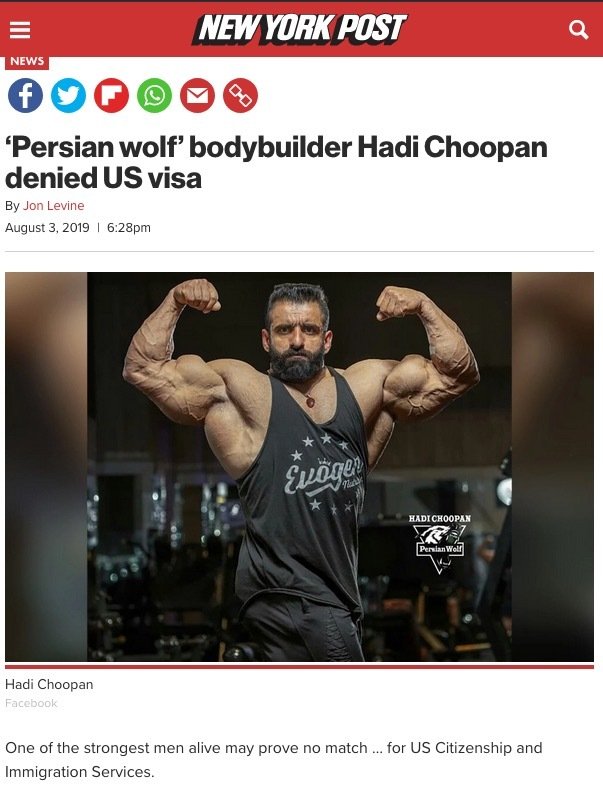