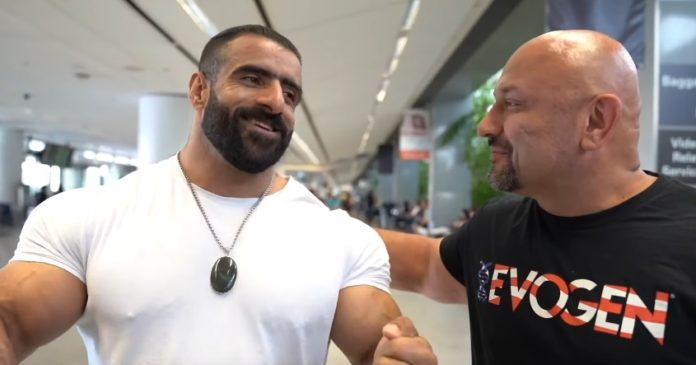 Hadi Choopan’s trainer Hany Rambod has put an end to the rumors that started to spread immediately after Hadi Choopan arrived in the USA.

Rumors started to spread after Generation Iron posted a video by King Kamali. Kamali went on to say that there is a 90% chance that Hadi Choopan decided to compete in the open class at the 2019 Olympia Weekend.

When other media sources got a wind of this news, they turned it from a ‘possibility’ to ‘it’s happening’.

There is no other source better than Hany Rambod to put these rumors to rest. In a recent Instagram video, Hany Rambod made it clear that they have not decided yet.

Rambod said that they still have to analyze what is the best division for Hadi Choopan since he is qualified for the 212 and open division.

Ok, ok. @hadi_choopan has not decided whether he will do open or 212. Listen to message from @hanyrambod