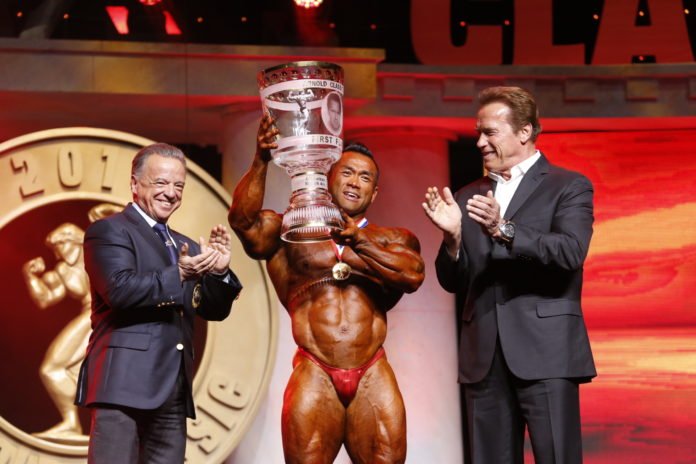 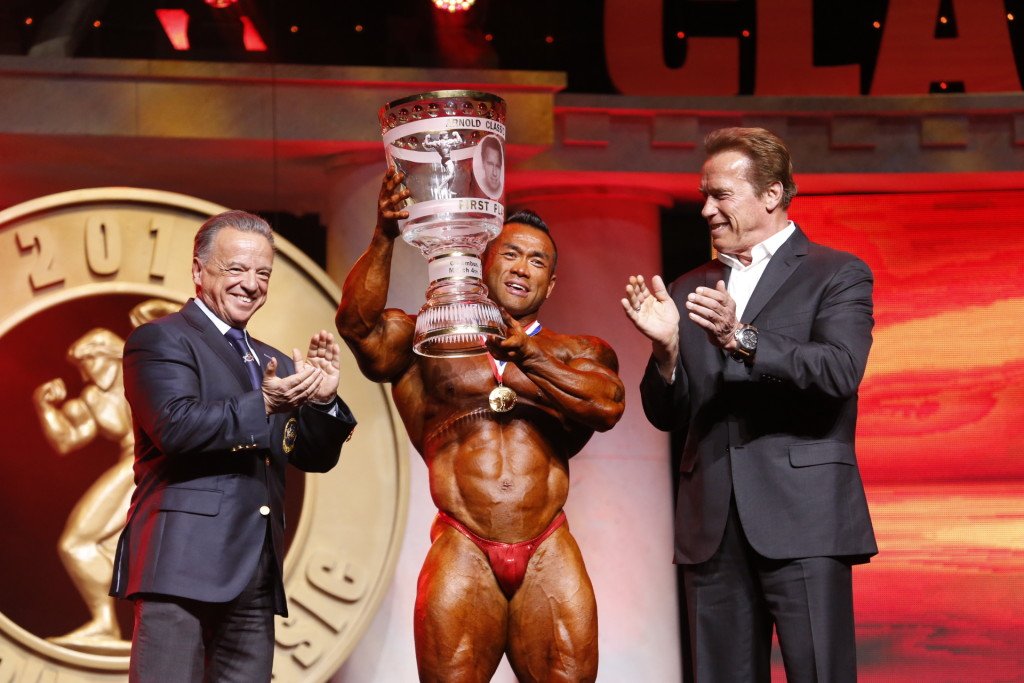 Hidetada Yamagishi of Japan, one of the most popular athletes in the IFBB Pro League, won the Arnold Classic 212 for the first time tonight as he outlasted 2015 champion Jose Raymond. Yamagishi received the champion’s trophy from Arnold Schwarzenegger and $22,000, a Tony Nowak Official Champions Jacket and congratulations from Dr. Rafael Santonja of the International Federation of Body Building and Fitness and Eric Hillman of Europa Sports Products.

The remainder of the Arnold Classic top six: