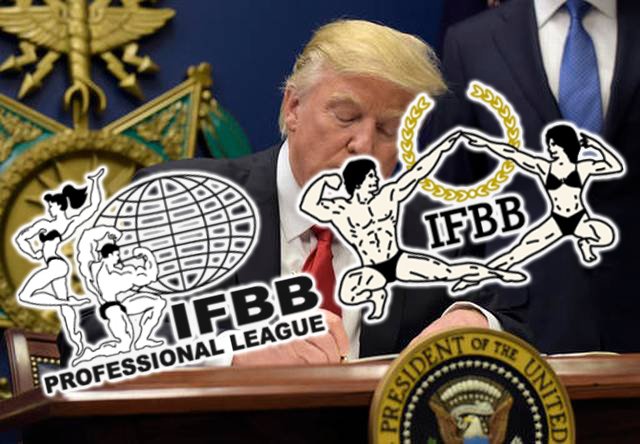 In recent days the American President Donald Trump has signed an executive order to ban citizens from 7 countries from coming into the United States.

President Trump’s decision on Friday is to indefinitely suspend the resettlement of Syrian refugees and temporarily ban people from seven predominantly Muslim nations from entering the United States.

Now, we are not going to get into politics here as we don’t side with one or the other, but we are going to talk about how it will affect the sport of bodybuilding.

Names will not be mentioned in this article of bodybuilders but we are going to say that many IFBB Legends and some of the best bodybuilders in the world come from these countries.

Ben and Joe Weider traveled the world to promote the sport and unite all countries, race and religion into one sport.

If nobody knows what IFBB stands for: International Federation of Bodybuilding and Fitness.

Not only will IFBB be affected but every other association that exists.

Starting from today, competitions in the USA will be unfair as the winner will not have competed against the best in the world. So don’t go waving that winners trophy as you did not beat the best!

Some of the best talent in the world is coming from these countries, not only in bodybuilding, but in all the categories.

What about all the American Guru’s that make so much money from training these athletes? What now, all that money spent to be told you cannot compete in the USA!!

Another point is that what about all the American bodybuilders promoting their products in these countries. Knowing that the fans are fanatics and appreciate them more than their own people in the USA.

More than ever now, IFBB Pro and Amateur shows should be moved to Canada or Europe. The best competitors will arrive and be able to show the world what they worked so hard for.

So to be fair, they should see how they manage to sell their products in their own country.

Now, this site will probably get a lot of comments for writing an article like this, but nobody has the right to refuse a Pro athlete from competing just because of his race or religion!

When your backstage at a competition, you don’t care about what race or religion the person is!! Everybody just talks about the sport. Friends are made from every part of the world.

This has complicated things for the IFBB Pro League and the IFBB International.

We hope this situation gets fixed soon as not only will it destroy bodybuilding for the Americans, but it will destroy every sport that is internationally renowned.

A simple swipe of a pen just destroyed years and months of work for some of our best athletes and decades of hard work from Dr. Rafael Santonja, Ben and Joe Weider!!