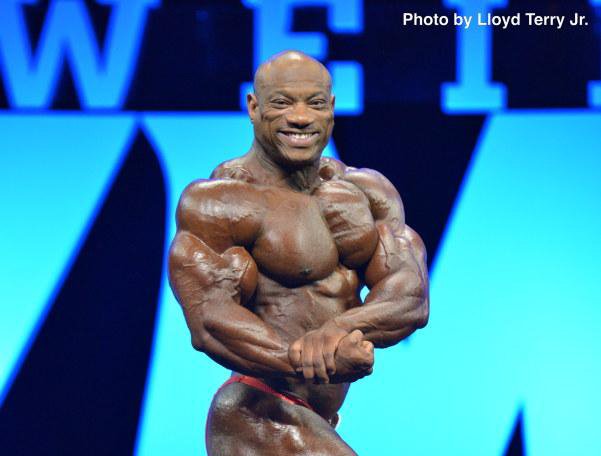 After the 2016 Mr. Olympia, Dexter Jackson seemed to have disappeared from the world of social media.

Leading up to the 2016 Mr. Olympia, Dexter Jackson was posting on his social media, especially Snapchat a number of times daily.

Dexter was really excited for this Olympia as he was aiming for the top stop hoping to take home his second Sandow trophy.

When Dexter’s name was called for third place, he surely was not happy as not only did he not win, he lost his second place spot to Shawn Rhoden.

Since that day, the bodybuilding world started doing what they are good at and that is speculating on the future of Dexter Jackson.

Some were saying he could be retiring, some say he will keep going. Many questions needed to be answered.

mrolympia08 I placed 3rd in the biggest stage in our sport last night. Do I think I should have won or placed higher? Of course! But placing 3rd at 47 is a blessing and I’m very happy! I know this was my best package ever and no matter what no one says or how I place.. I did my homework! I’m happy with my placing but you know me.. I always strive to be better Everytime I step on stage. I compete against myself and no one else. Thanks to all you!! Y’all are my amazing support system.. My fans!! You guys are what keeps me going. Thank you so much for every message you guys send to me. Sorry I let you down.. But I promise to continue bringing it and making you proud. Rumor has it.. I’m retiring.. Well I’m going on record right now and squashing that rumor. I have no intention on retiring anytime soon. I laughed my new website yesterday as well so check it out and be sure to subscribe because I will be releasing a lot of good content on there. Builtbyblade.com I LOVE YOU GUYS AND THANKS FOR RIDING WITH ME!

Why should Dexter retire? he is one the top bodybuilders in the world. Even at his age, he is the top 3 in the world, and that is fantastic.

We are definitely looking forward to seeing Dexter take the stage at the 2016 Arnold Classic Europe this weekend where he is a true favorite to win the title again… the only one that can stop him is Shawn Rhoden. 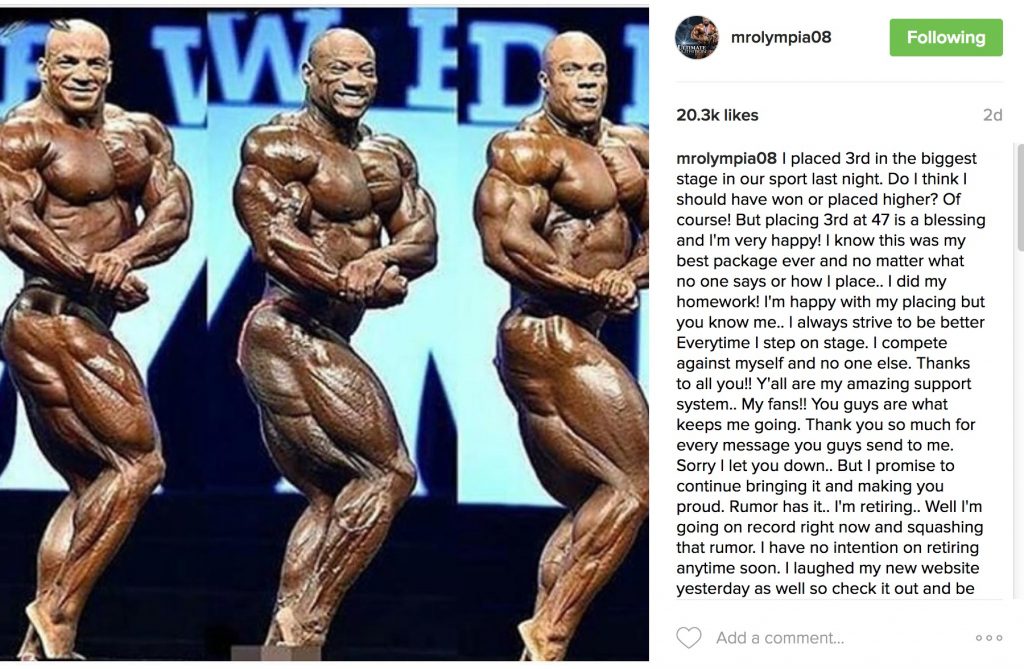