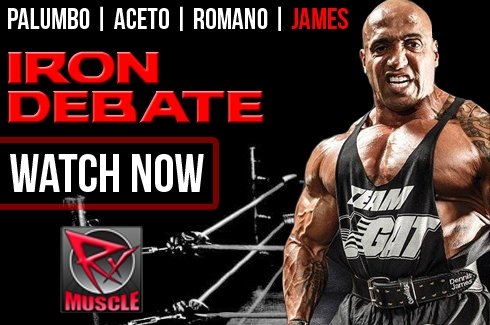 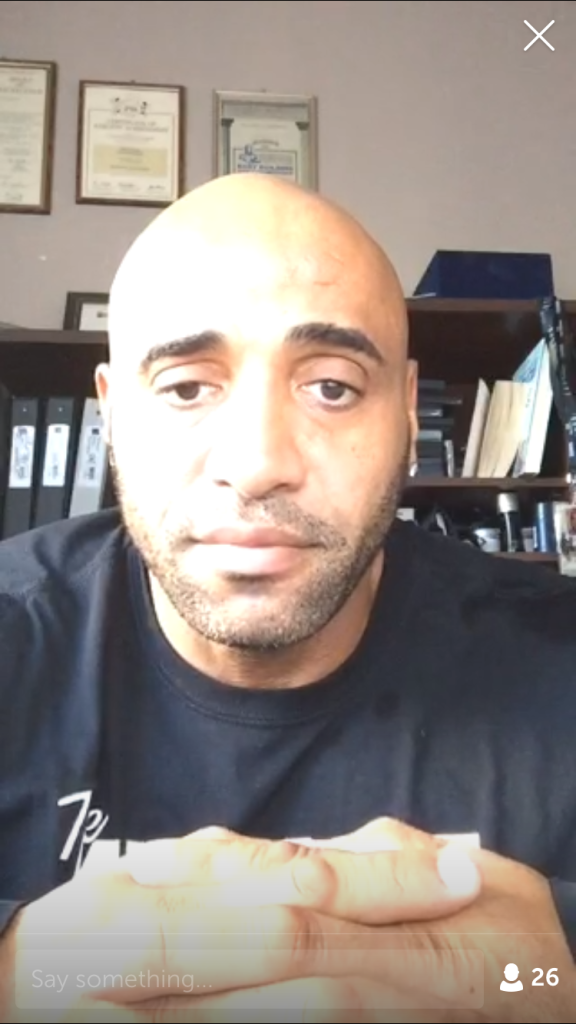 Dennis James was not in a mood to talk about the events that took place at RxMuscle last week, during his daily talk on Periscope (16 October, 2015).

This all started after he was invited on RXMuscle.com’s Iron Debate.

In last week’s episode, Dennis James was a guest and the subject of Big Ramy was brought up.

Dennis James never holds back and said what he had to say.

He said that, Ramy did not follow his instructions properly and was distracted by other sources. (You can watch the entire episode below).

The story did not end at there. On the next episode, Dave Palumbo invited Bader Boodai, fitness and bodybuilding powerhouse and owner of Oxygen Gym in Bahrain.

Boodai as well did not hold back and contradicted every thing that Dennis James said on the previous episode regarding Big Ramy.

Boodai had some harsh comments towards Dennis James and went as far as showing on camera what he was paid.

Big Ramy seems to be a bodybuilder that many see to have a great future ahead of him… but this as well is causing a lot of tension between many.

Dave Palumbo did say that Dennis James was not happy about this interview… but the show continued.

After all this ended, Dennis James was not a happy man.

When asked about the show by fans on Periscope, Dennis James said that these episodes were produced just to get more views and that he has no reason to lie.

Dennis also vowed never to go on RXMuscle’s shows again. He was not happy with the way he was treated and had many things to say.

Some excerpts from Dennis James when asked about the interview with Bader Boodai on RxMuscle on his Periscope account:

I used to go on RxMuscle, I am not fucking with them anymore.

Iron Debate was not an Iron Debate, it was a rant, the owner of RxMuscle Dave Palumbo let it happen just to create some numbers.

Because his website numbers are down, they are down by about 75% and it will suck more in the future… trust me.

It’s his loss, I told him, if you bring him on I am not going to mess with you (RxMuscle.com) anymore.

I am a man of my word, he has done this bullshit too many times.

That’s what I call a bullshit show.

A real show is where you speak the truth and sometimes the truth hurts.

That’s how he starts the show, if you cant handle the truth… Fuck that, its bullshit. And I am not supporting bullshit anymore.

Am I going back on Iron Debate?? Fuck that, I would rather go to McDonalds and do garbage work.

I am just honest, why would I come and make up some lies… for what? For publicity? People already know who I am. Why should I make up a lie for, it’s a bunch of bullshit.

The people who lost the most in all of this are RxMuscle, I feel bad for the fans of the show. Now people have to stay listening to their boring shows, the shits getting boring.

They agreed with all his lies… I thought it was Iron Debate?? What are you debating when you agree with everything.

More on this story soon!!