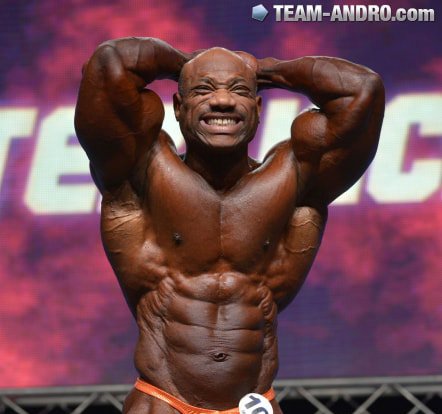 Dexter Jackson took to his Snapchat to express his feelings regarding the result of the 2016 Prague Pro Show.

If you don’t know already, the show was won by William Bonac. The modern day ‘Giant Killer’ defeated the likes of Big Ramy, Dexter and Shawn Rhoden to take the top spot.

As Chris Aceto said in his wrap-up, William Bonac can be called the second best bodybuilder in the world as he defeated everybody other than 6X Mr. Olympia Phil Heath.

“It is what it is, keep f***ck’n moving forward…. pictures don’t lie” is what Dexter had to say regarding the result.

Dexter also went on to say that he always brings his best package to the stage and he will redeem himself at the 2016 Olympia Europe on October 22 before he shuts down for awhile.

After winning the 2016 Arnold Classic Europe many thought Dexter would continue his run of results. Big Ramy managed to defeat Dexter in Kuwait after he placed second and then the third place result in Prague did not go down well with the 2008 Mr. Olympia winner.