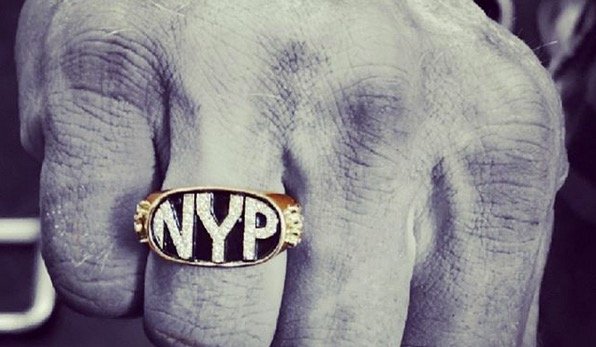 The 2020 New York Pro has again proved to be one of the biggest and best contests on the NPC/Pro League competition calendar.

Focusing on Open Class Bodybuilding, the New York Pro is one of the top events of the year along side the Olympia Weekend and Arnold Classic.

The line-up of bodybuilders for the New York Pro has always been at the highest level with the top bodybuilders in the world fighting for victory.

In 2005, the first-ever New York Pro appeared on the Pro League contest calendar.

Back in 2005, nobody would have ever imagined that this event would end up being one of the most prestigious in the history of the sport.

Only 13 men can say they have won this event in its 16 year history.

From the 13 all time winners, Iain is the first Canadian to win this event.

The debate with Milos Sarcev

Immediately after winning the 2020 New York Pro, Iain immediately witnessed the ‘dark’ side of bodybuilding.

From fans and media debating if he should have won to trading words with the legend Milos Sarcev.

In recent interviews with fellow Canadians Fouad Abiad and Chris Bumstead, Iain and his wife Melissa discuss what almost ruined his victory.

The incident that put a dark cloud over his victory was the debate/argument with his idol Milos Sarcev.

It was evident that Iain needs to learn how to ignore certain comments and concentrate on the positive aspects of his victory.

Milos Sarcev is a unique character. He does not shy away from a debate and he will stand up for his athletes. Milos’ life revolves around bodybuilding.

Milos can come across as a very difficult person when engaging in a heated discussion, but he does respect Iain regardless.

As a fan and friend of Milos for many years, I (Kevin Grech) can honestly say that if Milos had to meet Iain at another event, such as the 2020 Mr. Olympia, he will be a true gentleman.

Sometimes you can get the wrong impression by having a debate on social media, it’s easier to pick up the phone and make a call or just meet up with the person.

Criticism is a big part of bodybuilding and sometimes it’s on the borderline of being offensive.

In the debate between Milos and Iain, both men maybe went a little too far.

Iain was very emotional about this during his interview with Fouad Abiad and he apologized to the people he might have offended with his comments on social media.

The positive side of victory

Iain must see the positive side of his clash with Milos. If Iain was not popular in the bodybuilding world… he is now.

Iain Valliere is a name the bodybuilding fans will not forget.

After watching and listening to Iain explain what he was going through, you begin to understand the pressure that comes with winning such a prestigious title.

He has a title that all bodybuilders dream to win and he is now a part of an elite group of bodybuilders.

Iain won the New York Pro during the most difficult time in the history of the sport.

Preparing for such an event during the Covid-19 crisis is already a fantastic achievement, to then walk away victorious is incredible.

Many criticized Iain for not smiling while on stage, but if he looks at the list of previous New York Pro winners, he will be smiling all week knowing his name is along side the best athletes in the history of bodybuilding.

Going back to Iain not smiling, we can say the same about 6X Mr. Olympia Dorian Yates. Dorian had that focused look that was very similar to Iain’s. It does not mean that Iain was not enjoying himself, but he was there to do the job of bodybuilding.

With his victory, Iain has now qualified for the 2020 Olympia Weekend. This will be the second time Iain competes at the Mr. Olympia, with his first time being in 2018.

Iain will surely be one of the biggest athletes at this event and we can expect a very good result from the hard working Canadian.

Obviously, Iain knows that improvements have to be made from now to 17 December, 2020 and we can expect him to move up another level.

Ian Valliere is the 2020 New York Pro winner and nobody can change that.