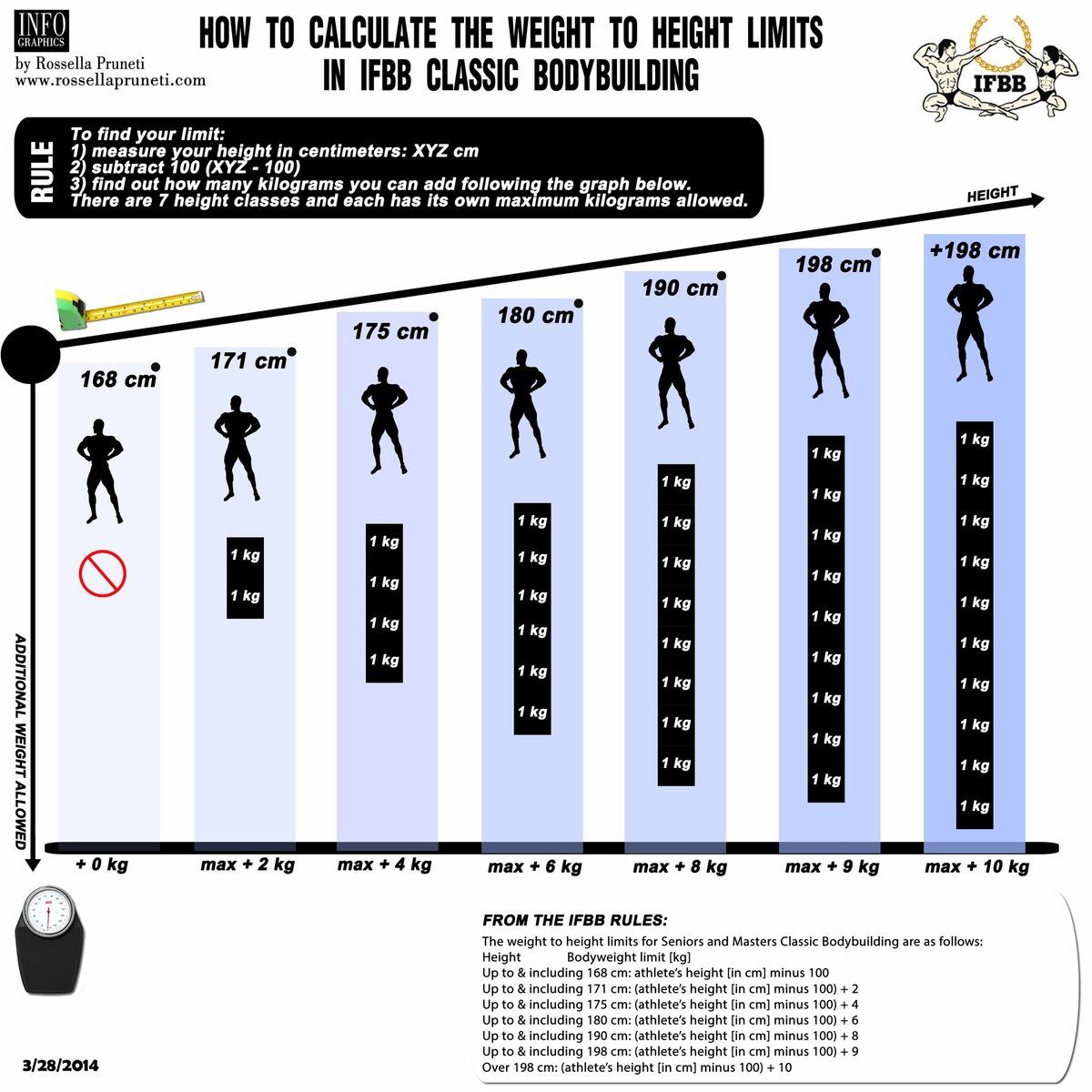 Classic Bodybuilding category, renamed as Olympic Bodybuilding due to its inclusion at the next coming Asian Beach Games from the Olympic program, and as well in other regional olympic IFBB participation, is a fast growing and successful area of our sport.
Its participation has been fully implemented in most of the 189 IFBB Affiliated National Federations and in the Continental and World Championships.
In the following diagram is displayed the bodyweight specification in regards with the high of the athletes. This graphic is part of the new IFBB Rules book to be released next may, bein currently in preparation by the Technical Team composed by our IFBB very skilful officials Pawel Filleborn, Rossella Pruneti and Andrew Michalak.
The 2014 IFBB World Classic Bodybuilding Championship is going to take place in Alcala de Henares, Spain, next December, 5-7.