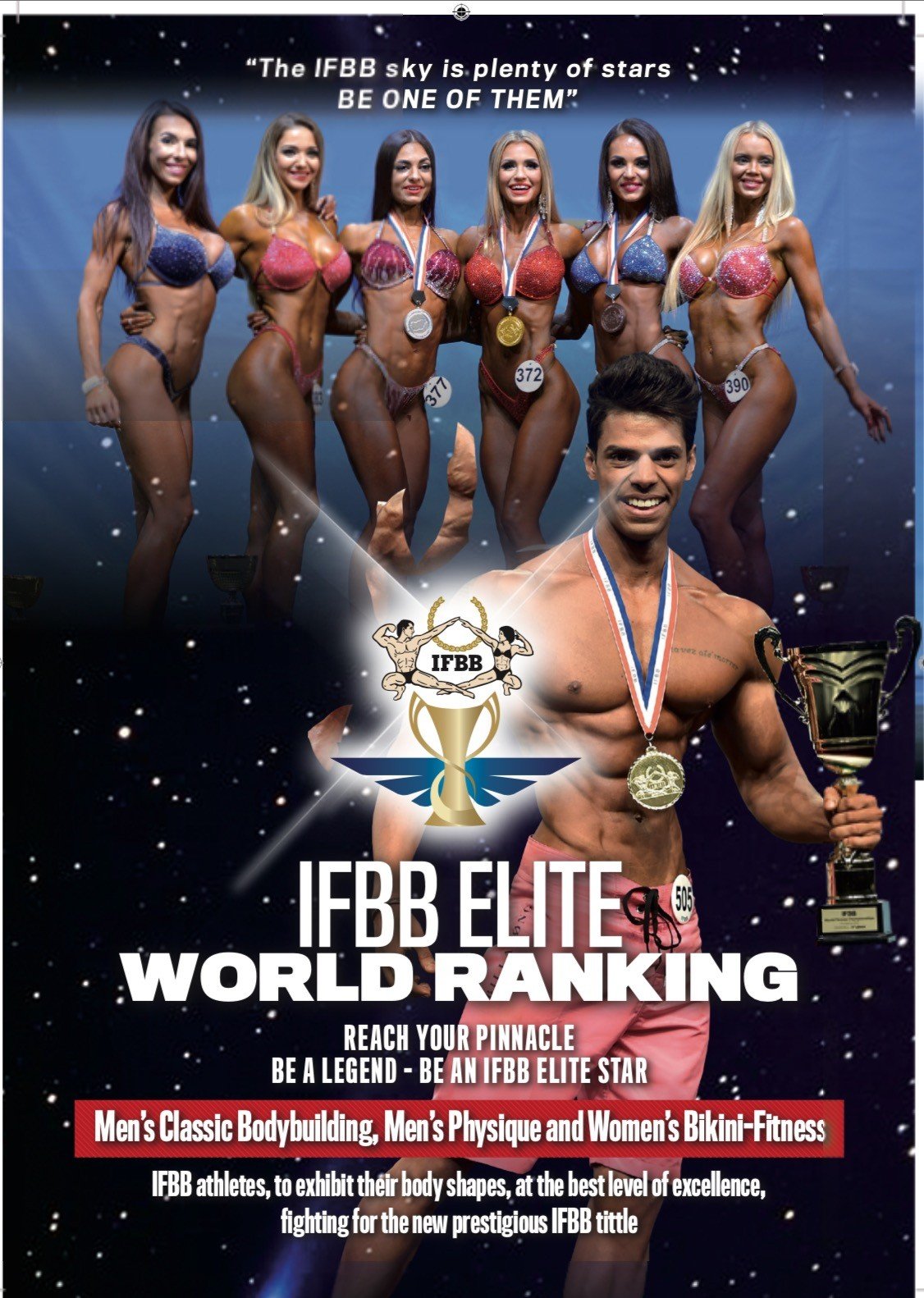 As previously announced, the “2017 Elite Ranking” will sshare up to €150.000, in cash prizes, to the Top 10 athletes from Men’s Physique, Classic Bodybuilding and Bikini Fitness, at the end of the season.

The 2017 Elite Ranking and the scores can be followed through www.ifbb.com