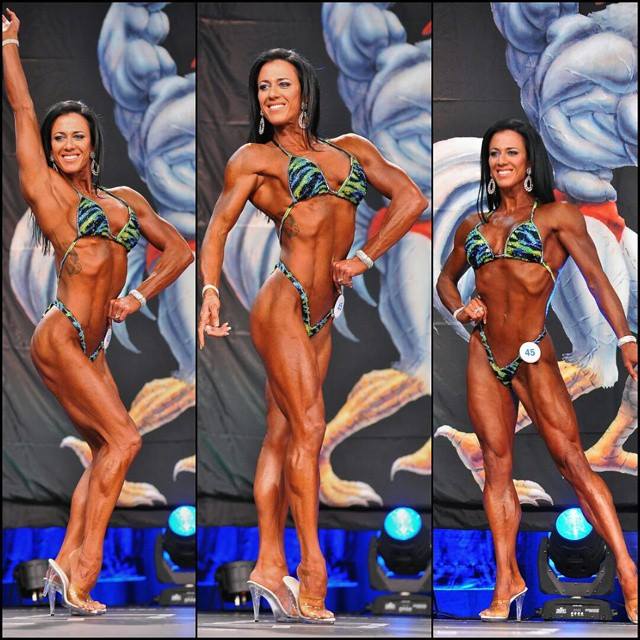 Some sad news this week in the bodybuilding world.

Andy Page who is described as one of the healthiest and fittest women in Australia has been found dead.

Hours before her death Andy Page, 32, posted on her Facebook page that she was excited about a new workout and shared a recipe for her “lean breakfast”. Reportedly, Page went to her bed on Saturday night with a pain on her side and presumably died in her sleep. She was found dead by her husband the following morning.

Her family and friends are completely shattered by her sudden death and could not explain what caused her death, reported the Courier Mail.

Andy Page and her husband, Nathan just celebrated their second anniversary. She and her husband, who was also a fitness trainer, opened their own gym in Sydney, “Fitness Republic”, in 2014. However, earlier this year they sold the gym and came back to Gold Coast, as reported by Mail Online.  Nathan confirmed Andy Page’s death in a Facebook post on Wednesday.

His post read, “it is with our deepest sorrow to inform that Andy passed away in her sleep. No words can express this sudden and tragic event. As surf lifesaving was such a big part of Andy’s life after the service there will be a gathering to celebrate her wonderful life at Kurrawa Surf Club starting from 12pm. With Andy’s love of animals and one of her family members being her puppy Nala, a rescue dog, we ask that if you are thinking of flowers instead please donate to a charity we know she would love “Best Friends Rescue”.

Queensland Police said that Page’s death was reported at around 3 pm on Sunday and they are treating the case as non-suspicious.

Tributes are pouring in for Andy Page, a 32-year-old Gold Coast sports model and nutritionist who often promoted healthy eating and nutritional supplements on her website and social media pages.

The cause of her death is unknown, with devastated loved ones set to mourn her sudden loss at a private ceremony next Thursday and a report being prepared for the coroner.

In one recent post to Instagram, Ms Page said: ‘(I’m) getting back into training after a long standing back injury plus surgery last year… can’t wait to build on it some more with some more sessions’.

She would work out with the fittest people she knew and put an old photo of her ripped body as her screensaver to motivate herself before ‘I trained legs until I spewed’.

A police spokesperson said, “investigations are continuing to ascertain the cause of her death.”
Jamie Myer, the Gold Cost Boxing promoter, was Andy’s trainer for her first amateur fight. He said that Andy had a very cheerful personality.

He said, “Andy was a happy, bubbly girl, who always lit up a room and gave 100 percent to everything she did. We got her in the ring for her first fight and she loved it. It was one for her to tick off the bucket list… She was recovering from an injury and had just moved back to the Gold Coast from Sydney.”

The Australian branch of the International Federation of Bodybuilding and Fitness paid tribute to Andy and offered condolences. 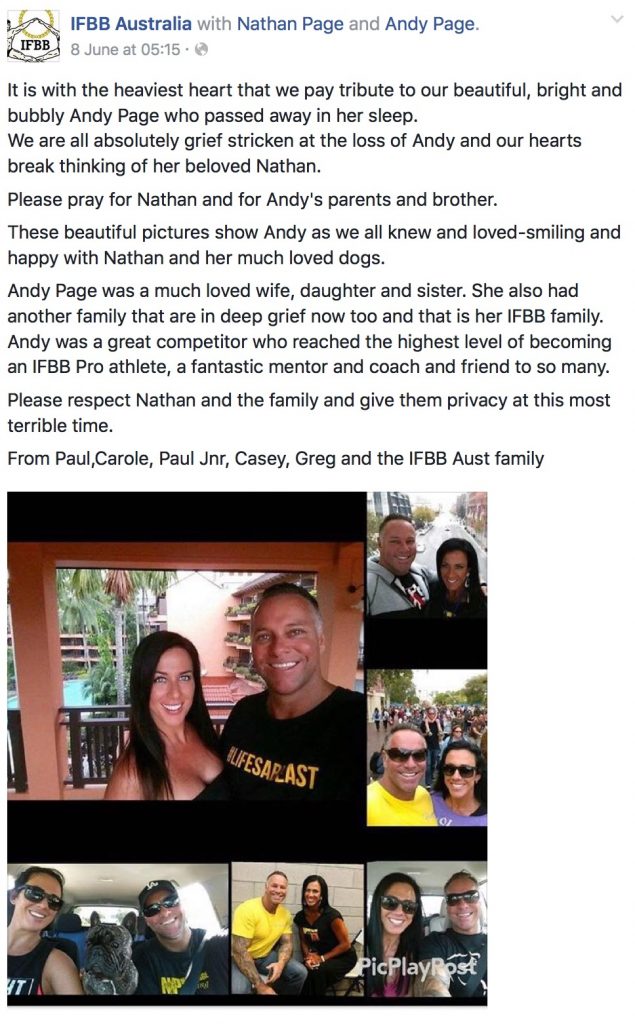