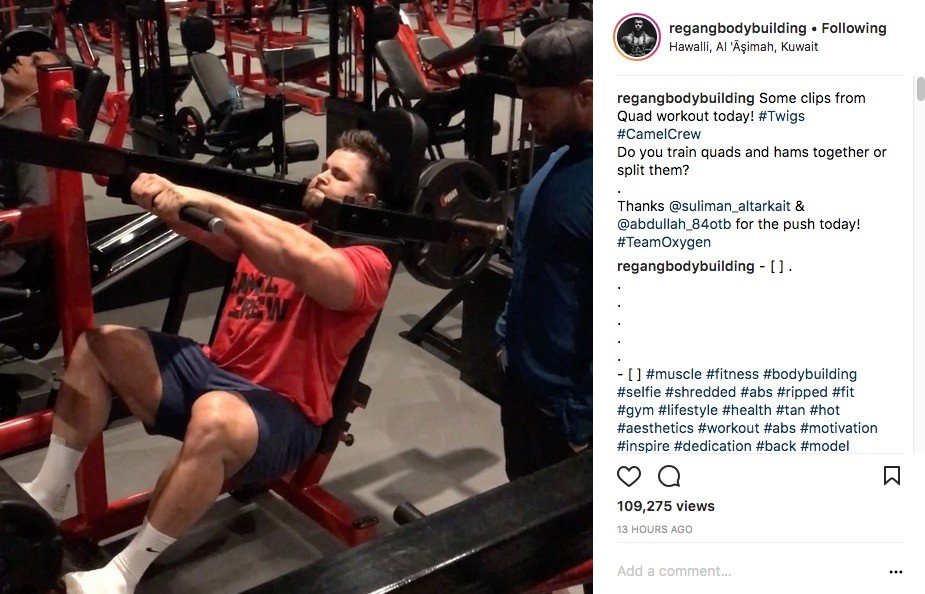 The bodybuilding world always has a surprise waiting around the corner. If it is not on the bodybuilding stage, it is an IFBB Pro commenting on another on the style of training he or she is doing.

This time the venue of the clash was on Instagram. IFBB Pro Regan Grimes has moved to Kuwait to train at the popular Oxygen Gym with the Camel Crew and has been posting a number of training videos in the past month.

Yesterday, he was training quads and posted a video. Fellow Canadian IFBB Pro Ben Pakulski who is taking a break from the Pro bodybuilding stage made a comment that did not go down well with Regan and his fans.

We all now how Ben takes his training seriously and adapts the latest techniques to his training. And it seems some of the movements that Regan was going through did not go down well with Ben.

immediately afterwards, a number of fans jumped in the conversation to stand up for Regan. Many of them attacking Ben Pakulski and a few adding constructive criticism, trying to explain what Ben was talking about.

Ben then replied: “Boys you don’t have to defend Regan. He’s my boy. Thanks for attacking and defending him, but I’m not attacking him. Just looking out. He knows that “

Ben has every write to express his opinion, but the one mistake he probably made was not send Regan a private message, but explain to all the fans what he was talking about. Nowhere in the comments was his explanation other than two people trying to explain what Ben was talking about from just watching the video.

Here are some of the comments that stood out: 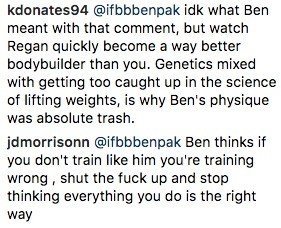 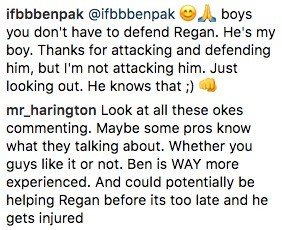 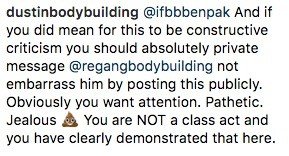 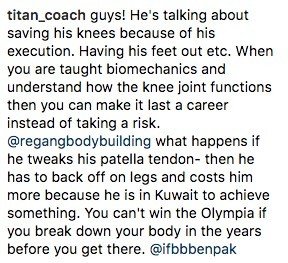 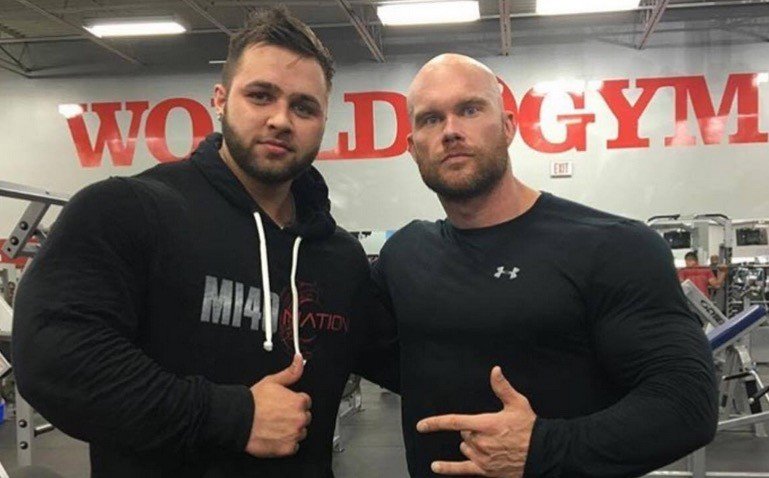