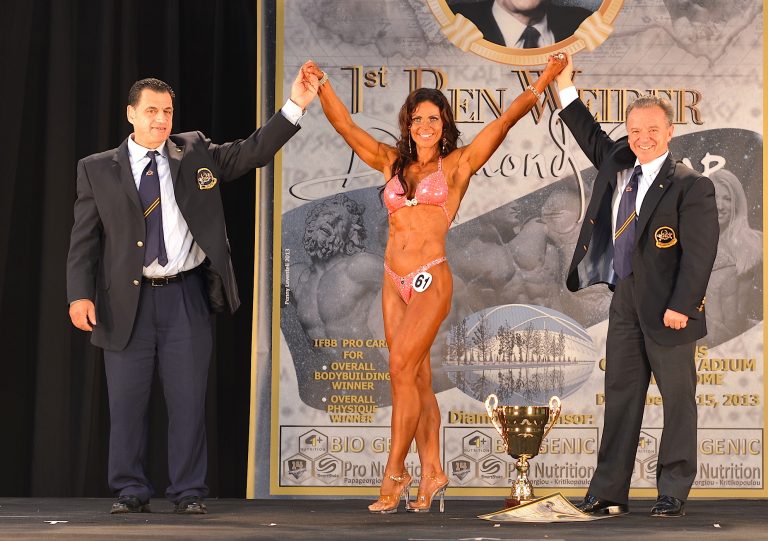 After the successful launch of the IFBB DIamond Cup in 2013, as a tribute to IFBB founder and former president, Mr. Ben Weider, the capital of Greece will host the new edition of the event.

next November 25th to 27th, open to all national federations affiliated to IFBB.

Organized again by the Greek Bodybuilding and Fitness Federation, chaired by President Mr. Jordan Leventelis and his wife, General Secretary Penny, this 2016 edition will offer up to 5 Pro Cards to the overall winners in Men’s Bodybuilding, Men’s Physique, Body Fitness, Bikini Fitness and Women’s Physique.

The first edition in 2013 was a incredible event at the Olympic Velodrome, with two Pro Cards up for grabs that were won by Czech Tomas Kaspar (Bodybuilding) and German Chris Dempfle (Men´s Physique).

More information about the even coming soon.