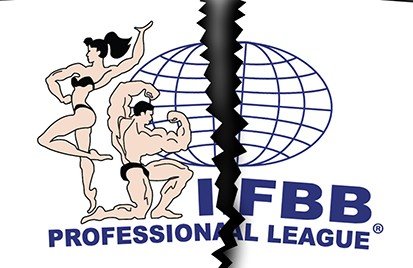 The 2018 bodybuilding and Fitness season has been a very active one.

Since the split between the IFBB and the IFBB Pro League, competitions have been popping up everywhere.

The suspension of the NPC and Jim Manion by the IFBB has had a negative effect on the IFBB Pro League in recent months as a number of athletes, especially from Europe and near by countries have decided to compete in the newly formed IFBB Elite Pro League.

The IFBB Elite Pro League is a well organized federation with prize money increasing at each competition and also life insurance for the athletes.

On the other side, the IFBB Pro League have been organizing contests all over the world to try to infiltrate the tight hold that the IFBB and the IFBB Elite pro have.

The IFBB Pro League have been making some gains in the UK, but other than that, the other shows have had very low turnouts.

We must not forget the PCA Federation where a number of Pro’s are making the move there. The PCA is another well organized federation that is growing at a fast pace.

The IFBB has always been slammed for having strict rules just as any other federation in the world have. The rules are in place to keep everything in order.

Other IFBB Elite Pro shows are having record turnouts all over the world. As well the IFBB European Championships that were just held in Spain had over 1,100 athletes competing over 4 days.

Yes, the Olympia is a prestigious contest, but it has been losing its prestige in the last few years. For one it is owned by a publishing company (AMI), the Weider brand have no ownership to the Olympia since AMI purchased the last remaining shares.

The Olympia has become another business item owned by a large company, whereas the IFBB Elite Pro World Championships is a well organized competition run under the IFBB.

A majority of the IFBB Pro League shows do not even have bodybuilding as their main event. Where are all the athletes that won their IFBB Pro cards?

On May 18, 2018 the IFBB Pro League released a Advisory Notice in relation to the Pro Status:

Professional status within the IFBB Pro League will automatically terminate on accepting “pro status” in another organization.


Reinstatement, in the case of athletes, must be earned through an NPC or IFBB Pro League Pro Qualifier.

You would not expect the IFBB Pro League, with so many IFBB Pro League cards being won, would really care if one or two athletes leave to other organizations. But it seems, the number is not small as such a press release shows that athletes are leaving.

Just as many say the IFBB Elite Pro card or other pro cards such as the PCA is worthless. It seems a number of athletes are believing even the IFBB Pro League card is not all that many make it out to be!

As the competition year continues we will continue to see a number of athletes make the switch between federations. This has become a norm in the bodybuilding and fitness world in 2018! 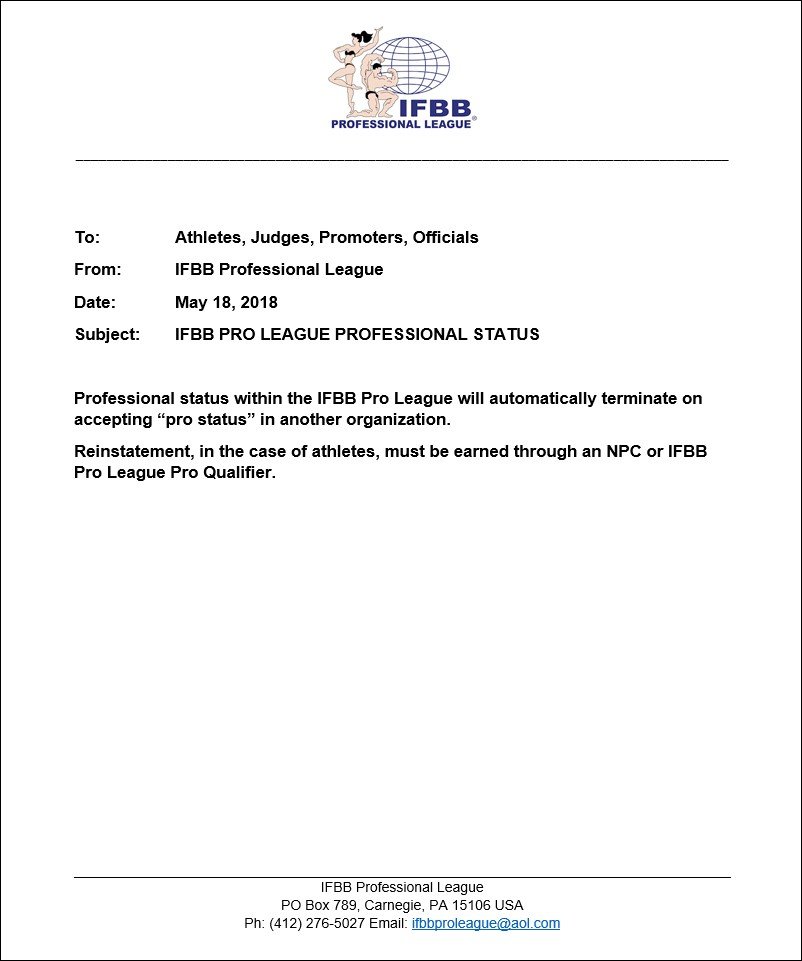