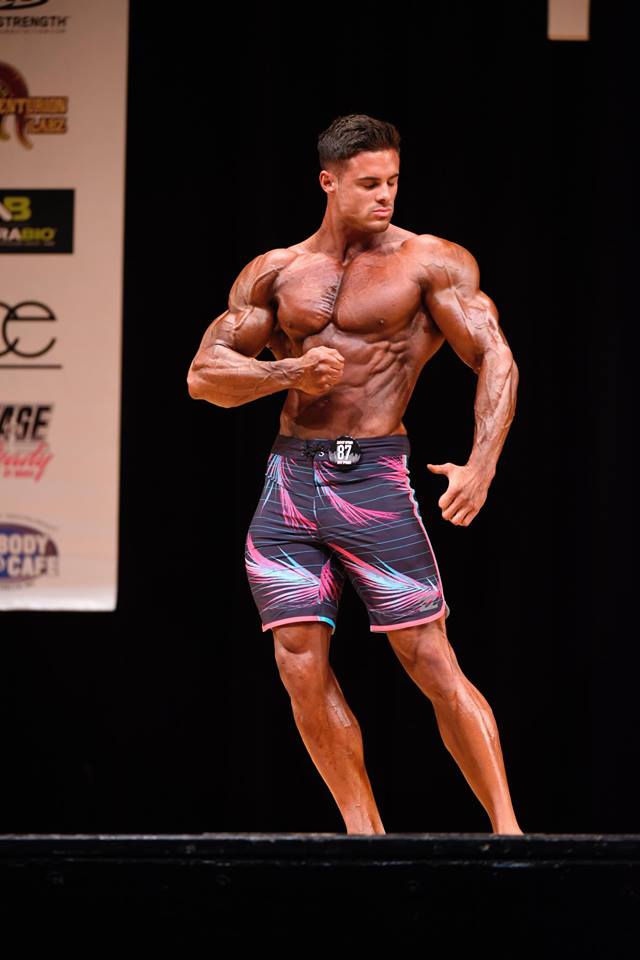 The joy of qualifying for the 2017 Olympia in the Physique Class did not last long for IFBB Pro Logan Franklin after he received major backlash for the recent comments he made on social media.

Logan made a comment comparing cardio to Aids on his social media and he received some major criticism for it.

After a number of death threats, emails and even people contacting the IFBB and his sponsors to kick him out, Logan Franklin has published a long message on his official Facebook page

Logan Franklin, has fought for his country and has emphasized that he absolutely did not want to offend anybody. He apologized a number of times hoping to put a end to this episode in his career.

For those of you who are privy to the unfortunate situation I’ve been dealing with over the past few days I would like to set the record straight. A few days ago I made a joke comparing Cardio to AIDS. Personally, emotionally, literally, and metaphorically, I meant nothing by this comparison outside of the fact that the amount of cardio I have to do while in prep mode SUCKS TERRIBLY and is something I truly dread dealing with. Since making this joke however, I have received ACTUAL death threats. I have been harassed relentlessly by people who took my joke out of context. These individuals have reached out to my sponsors and business associates trying to blackball me and ruin my life. They have reached out to the IFBB trying to get me kicked out of the organization I compete in. They have made lewd and disgusting comments to me and even laughed and joked about exactly HOW they were going to ruin my life. This is the DEFINITION of bullying. When I made the comment, it was not aimed at ANY person, ANY group, ANY country, ANYTHING AT ALL outside of cardio. But I did aim it at cardio. Cardio sucks.

That being said, because of this incident, I have been humbled by some of the emails I have received. Not the heartless, malicious, threatening kind, but by the thoughtful, insightful, genuine emails detailing how someone they know has this disease and how it has affected their lives and the lives of their loved ones.

I fought for this country IN WAR for YEARS putting my life on the line to ENSURE that everyone in our country has the freedom of speech. So for those of you harassing me and calling my sponsors and trying to ruin my life, you are welcome, I fought for your right to do that and I do not regret it because I fought for ALL Americans, including you! But to the individuals I genuinely offended with my uninformed and distasteful joke, I AM TRULY, GENUINELY, SORRY! I did not mean to offend anyone. There was no harm meant whatsoever.

I was blind to the fact my cardio metaphor could be so potentially painful to some of you and now that I’ve heard from several people who have the class and human decency to share their pain with me without attacking me or trying to ruin my life, I clearly see the error in my joke and my awareness has been raised. We don’t know what we don’t know and I have never encountered this type of situation before.

But as a man and a human being that truly cares about other human beings I have no problem apologizing when I”m wrong, so this is ME, Logan Franklin, apologizing and asking forgiveness to ANYONE who may have read my cardio joke and been truly offended by it. I am not writing this for my sponsors, they stand behind me because they know who I am and who I am not. I am not writing this for the IFBB because I give them my heart and soul with every contest that I compete in and they know I am not a malicious or hateful individual.

I am not writing this to stop the bullying or harassment or death threats that some of you are sending me because I do not run from problems I face them head on. I am writing this for the simple fact that there may actually be people out there who truly think that I find AIDS to be humorous and I want to set the record straight that I DO NOT think it is funny, a joke, or a laughing matter of any kind. My comparison metaphorically to cardio and the ACTUAL disease are two totally different things and in retrospect, I should’ve never made the comparison even as a joke.

I can only hope those offended can/will accept my apology, and those who are harassing me will find some class and the human decency inside of them to stop taking advantage of an honest mistake and looking for a reason to berate and degrade another human being.

That being said, I want to be clear about one last thing. I do NOT want my fans to go after the individuals harassing me. Bullying is a real problem in this day and age, especially cyber-bullying, and two wrongs don’t make a right. So hopefully this all just stops here and now! No more bullying! No more harassment! Not towards me, or the people harassing me! It all stops!

Thank you all for reading this, regardless of whether you accept my apology or not I am truly sorry. Logan