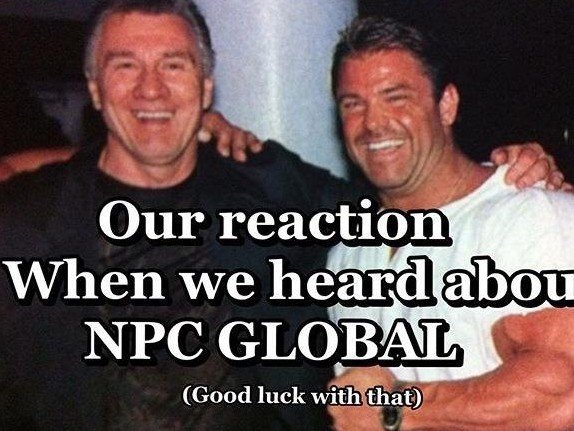 IFBB Pro Eddie Robinson did not hold back by expressing his feelings about the NPC Global fiasco on his official Facebook page.

Eddie has great experience on switching over to a new federation. He had left the IFBB and moved over to the WBF (World Bodybuilding Feeration). The big difference between NPC Global and the WBF is that when Eddie made the switch, he was paid a large sum of money… so in a way we don’t blame him for making the move.

On his Facebook page, Eddie praised Jim Manion for the NPC and all the great athletes that went through their ranks.

He criticized NPC Global’s Lee Thompson for using the name ‘NPC’ and confusing all the future athletes.

As well, Eddie believes that it will be a ghost town at the launching of NPC Global at Muscle Beach, Venice on November 8, 2015.

In Eddie’s words “To anyone attending you may want to wear boots as I’m sure the shit will be running thick. “

Eddie Robinson also talked about the Kai Greene incident. Eddie believes all that happened was because of his dispute with AMI and as well, if he did compete at the Olympia, he had a good chance of winning.

Had a great Chat with NPC Prez Jim Manion today, as he was very humble during our chat regarding the wrong doing of “NPC GLOBAL” The Prez was more hurt at the betrayal of Lee Thompson that worked for Jim and NPC 16 years taking the name mark NPC adding GLOBAL sending mixed messages to its new future athletes to join his organization.
We went on to discussed when we first met 1982 when Jim was with AAU and was traveling with Jean Brutan VP of GNC and I heading to an AAU powerlifting competition where I took a teen Wold record. That year was the same year Jim Manion launched the NPC 33 years ago 1982.
I mentioned that I felt it was pathetic for this douche bag to defect from the NPC after 16 years to steel the word mark NPC and try to take it over creating a new federation full of empty promises?
Lee Thompson has some HUGE balls however very stupid move in part taking a name tweaking it to confuse athletes with a name that was established 32 years ago now spewing his mumbo jumbo that this name may not be set in stone as yet and might not be used but will have to wait till November 8th Venice beach where Lee will be making his announcement? I will put $ on Venice beach being a ghost town November 8th per his announcement. To anyone attending you may want to wear boots as I’m sure the shit will be running thick.
Also the gossip going around about Kai Green not being in the Olympia had nothing to do with Jim Manion & Kai as they are great friends however this beef was with his AMI Contract with David Pecker that puts on the Olympia. Kai’s take was renew my contract or I’m not doing the Olympia. Bad business move on Kai’s part. He may have won the Olympia as Phil was not point on thus placing $400k in his pocket creating huge negotiating power with his win renewing his AMI Contract.