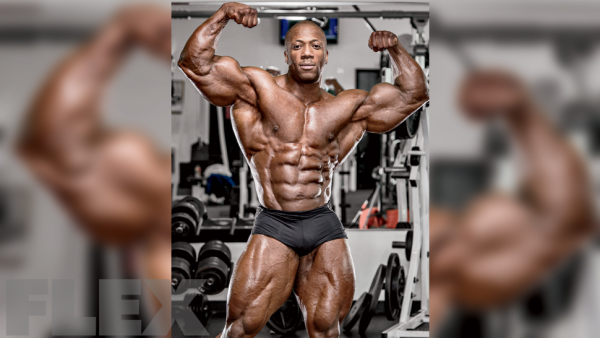 Shawn Rhoden has officialy signed an exclusive contract with AMI/Weider joining a number of other top athletes.

AMI/Weider sealed the deal just 4 weeks before the 2016 Olympia. Rhoden will be looking to better his placing from last year.

Rhoden has been totally undercover in his build up to the Olympia, keeping his fans and fellow competitors in the dark of how he looks.

It’s official. Shawn “Flexatron” Rhoden is the newest member of Team AMI/ Weider. Rhoden, sporting new size and looking hard about a month out from the Mr. Olympia, had this to say about his exclusive contract: “I am thankful to be back with the Weider/AMI family. Many great athletes in the sport have had the opportunity to be a part of this prestigious group. I am honored to be one of them.”

Rhoden, who placed third in the past two Mr. Olympias and has six pro titles on his stellar resume, is confident this will be the year he breaks his personal glass ceiling. “Nothing in life is given,” Rhoden says. “You either earn it, or you take it!”

Check back with FLEXonline to see if Flexatron can indeed flex his way past Phil Heath and the rest of the greatest bodybuilders in the world at the Mr. Olympia, along with the rest of our around-the-clock 2016 Olympia Weekend coverage, September 15-18, live from Las Vegas, NV.

And be sure to grab the latest issue of FLEX for interviews, training features, and more with Shawn Rhoden!