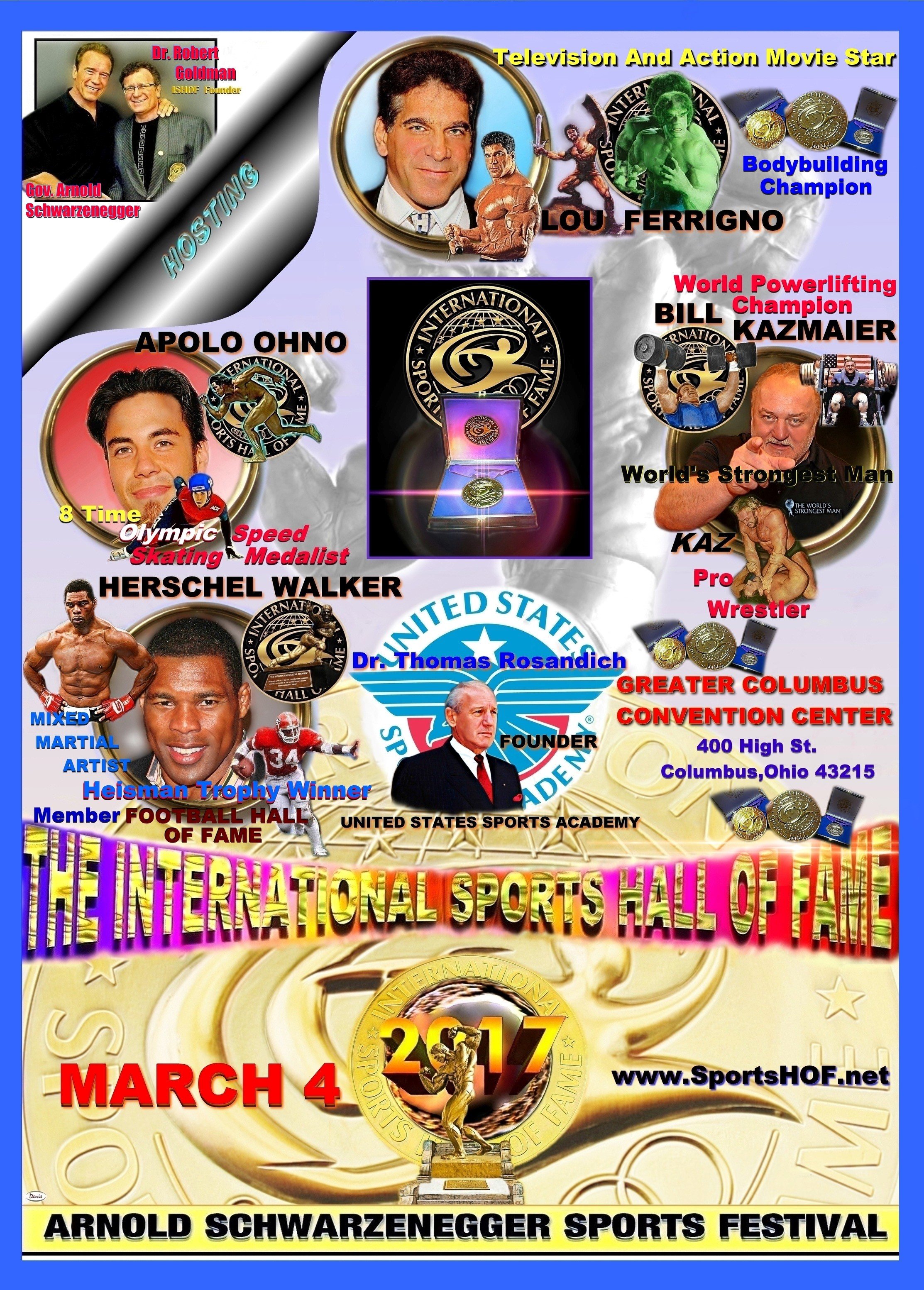 The Induction Award Ceremony for the International Sports Hall of Fame Class of 2017 will be held during the Arnold Sports Festival on Saturday, March 4, 2017, from 12:00p.m.-2p.m. in Columbus, Ohio. 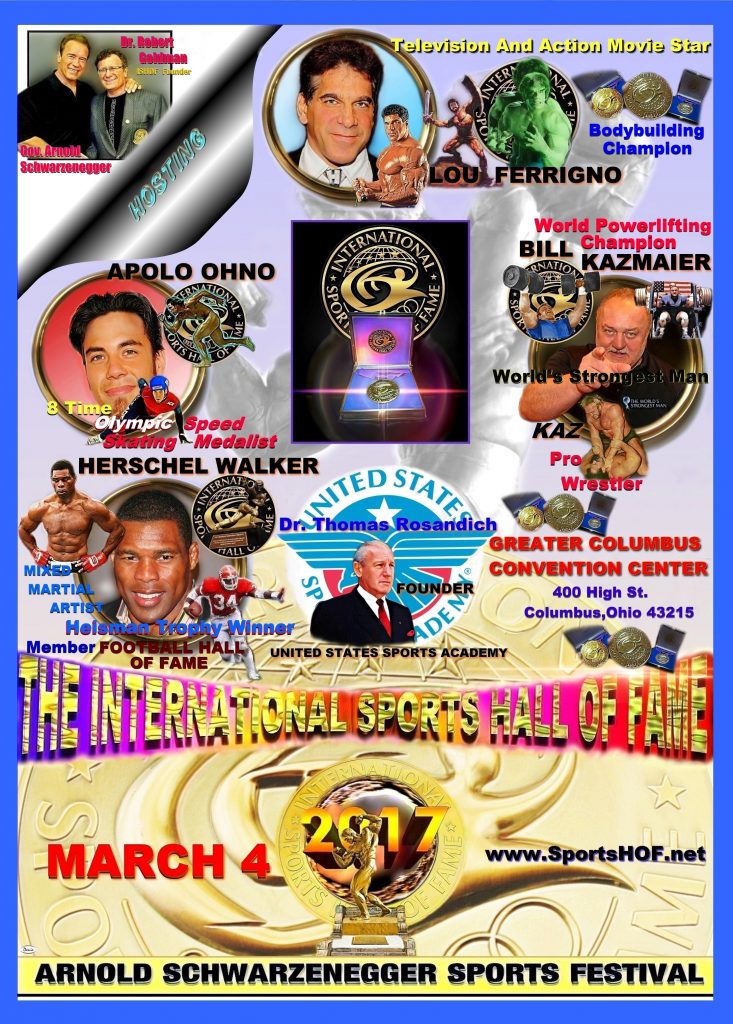