Iris Floyd Kyle was born on August 22, 1974, she is an American professional female bodybuilding champion. 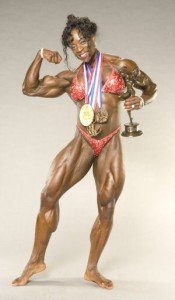 She currently lives in Henderson, Nevada. As of 2012, Iris Kyle is the most successful female bodybuilder ever with 10 Ms. Olympia wins and seven Ms. International wins. She placed 1st best female bodybuilder in the IFBB Pro Women’s Bodybuilding Ranking List.

Iris Kyle claims the reason she got into bodybuilding was when she moved to Orange County, California in 1994 and being surrounded by fit, healthy-looking people she thought she could obtain a similar highly trained, sculpted physique. Iris recalls, she walked into a gym and took out a membership. “I distinctly remember being a bit overwhelmed with the facilities and the seemingly endless variety of training equipment, but I knew at that exact moment … without feeling even the slightest doubt … that I could develop the kind of physique I wanted.” says Iris. 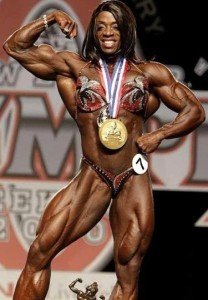 She was later hired by the same gym and, as an employee, got more opportunities for training and growth. She became a voracious reader of FLEX, Muscle and Fitness, Iron Man magazines. In one of Iris’s magazines she recalls “I remember the first time I saw a photograph of Lenda Murray in a magazine. I was in complete awe,” Iris also recalls “I cut out that picture and placed it on my refrigerator and, from that point on, my goal was to develop a physique like hers.” One day, a local promoter was in her gym and, after sizing Iris up, suggested she enter a competition he was doing in 10 weeks, the Long Beach Muscle Classic. Kyle won her first contest, the 1994 Long Beach Muscle Classic. She earned her IFBB pro card at the age of 23 by winning the heavyweight class and overall title at the 1998 NPC USA Championship in Las Vegas.

Kyle has had a series of high placing as a professional. With the exception of the 1999 and 2008 Ms. Internationals, Iris has always placed in the top six in every IFBB pro bodybuilding competition she competed in. Iris Kyle won her first professional win at the 2001 Ms. Olympia, winning the heavyweight title but losing the overall Olympia title to Juliette Bergmann. Looking back, Iris maintains “I sincerely believe that I was the rightful 2001 Overall Ms. Olympia. I’m not saying Juliette didn’t display a nice overall package; I’m just saying I believe my physique was better.”

In 2005, Iris skipped the Ms. International, and focused defending her Olympia title. However in 2005, the IFBB changed the rules and abolished the weight class system for Ms. Olympia, along with the new ’20 percent rule’ requesting “that female athletes in Bodybuilding, Fitness and Figure decrease the amount of muscularity by a factor of 20%”. This allowed Yaxeni Oriquen to win both the 2004 Ms. International and dethrone Iris at the 2004 Ms. Olympia. 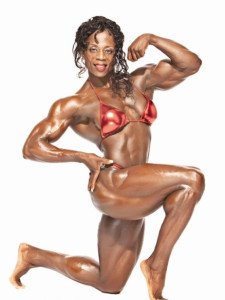 Iris went on to win the 2012 Ms. Olympia and regained her Ms. Intentional title in 2013.
Kyle has won eight Ms. Olympia titles, and has nine wins in her weight class. Between 2000 and 2004, there were two weight classes, and from 2001–04, there was an overall winner between the two class winners. In 2001, she won the heavyweight class, but lost the overall Ms. Olympia title to the lightweight winner Juliette Bergmann.

She also has the most consecutive Ms. Olympia wins with seven, dating from 2006. She also has seven Ms. International wins, more than any female bodybuilder.

In 2013, Iris Kyle won her ninth overall Ms. Olympia, making her the most successful professional bodybuilder of all time. 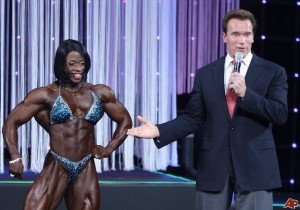