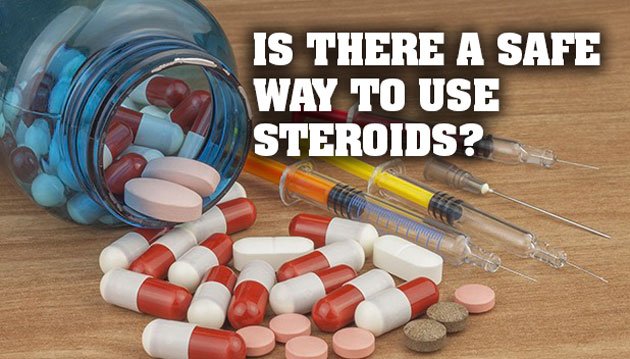 Is there a safe way to use steroids? Dr. Thomas O’Connor has his say.

The subject of steroids has always been a controversial subject in the world of sports, including bodybuilding and fitness.

There are thousands of videos on social media with discussions, opinions and instructions on how to use steroids.

There are numerous debates about the use of steroids in sports and especially bodybuilding.

It is a known fact that the use of steroids does give the athletes an edge.

It enables the athlete to go beyond the limits of a natural athlete.

All seems good… but there is another side of using steroids that many do not realize or prefer not to talk about.

In a recent interview with Generation Iron’s Vlad Yudin, Dr. Thomas O’Connor explains in detail why he believes there is not safe way to use steroids for bodybuilding.

Dr. Thomas O’Connor, aka The Anabolic Doc, details the permanent long term side effects of using steroids in bodybuilding.

Dr. Thomas O’Connor has appeared in a selection of our Generation Iron original films over the years. This is due to the fact that he is a doctor that bridges the gap between muscle and medicine. He was strength athlete in his past, he has taken steroids, and he now has a medical license to treat people for after effects of long term steroid use. For this reason, he’s known as The Anabolic Doc. So with that in mind, does he believe there’s a safe way to use steroids on a bodybuilding level? In our latest GI Exclusive, Dr. Thomas O’Connor explains why there is no safe way to use steroids in bodybuilding.

Dr. Thomas O’Connor doesn’t want to be labeled as an enemy of steroids. He understands and sympathizes on why a person would decide to take the risk and use steroids. Thats why he dedicates his life to treating these people once side effects appear in later years. He tries to bring real medical research into steroid use in sports while also understanding the position these athletes come from. He’s not a fear monger attacking steroids, he’s a doctor trying to be an ally to steroid users – even when he has to tell the dangerous truths about the drug.

That’s why you won’t hear the Anabolic Doc sweepingly say that bodybuilders shouldn’t use steroids. He would never say that. What he will do instead, is explain the very real ramifications of that decision. If a bodybuilder is willing to take the risk, he won’t discriminate against them down the road when they come back to him for treatment.

What Dr. O’Connor won’t accept, is lies about the dangers of steroids. He won’t sit and let people believe that steroids are actually “not that bad” for your health. He makes it plain and clear – long term steroid use will have permanent effects on your heath. It will lower your testosterone to the point where it might never come back. This leads to needing testosterone replacement therapy (or TRT) for the rest of a person’s life. It can lead to enlarged arteries and enlarged hearts. This can then in turn lead to heart disease and death.

Dr. O’Connor will never step down from detailing the truly dangerous risks of steroids. But he leaves the decision to use up to the athlete afterwards. Just like cigarettes, people will make their own decision on how they want to handle long term health.

With all of that being said, we wanted Dr. O’Connor to clear the air. Is it possible to safely use steroids in bodybuilding at all? Is there some sort of tips or protocol that can help prevent these long term dangers of use?

The Anabolic Doc’s answer is a simple one. No. Each body is different. Each drug has different effects on different users. Some people might make it out clean – but that’s not due to a specific way of use. It’s due to luck. There is no medical way to condone the use of steroids safely for sports like bodybuilding. Dr. O’Connor believes that the research shows it’s simply impossible.