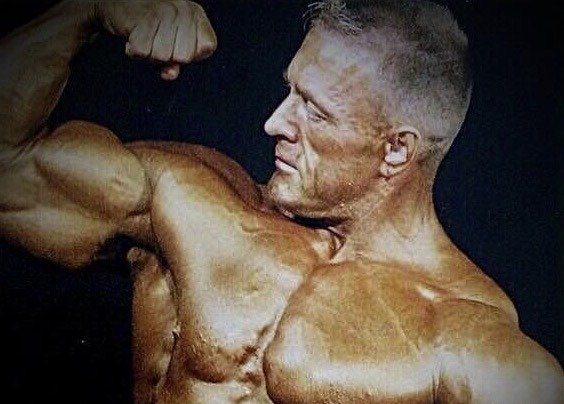 The bodybuilding world is mourning the death of James “Blue” Shinners.

James “Blue” Shinners was from Limerick Ireland and was a bodybuilding legend especially in Ireland and the rest of the world.

After his competition days, James judged for NABBA and trained many female and male bodybuilders.

Shinners was also a strength coach and trained a number of rugby players.

He had also organized a multitude of white collar boxing charity events around the country; was a respected bodybuilding judge; contest performance coach; and IAAAB (Irish Athletic Boxing Association) coach.

James would help anyone and was inspiring to many.

Si Sweeney, a fellow NABBA lifetime member, from Cork, said he was “shocked” to hear of his death.

“I’m terribly sad and shocked to hear of the passing of Irish Bodybuilding Legend Blue James Shinners..Champion Bodybuilder, Coach, Judge, gentleman..an inspiration to so many, will be sadly missed by all,” he wrote on her Facebook page.

Lifelong friend, Rich Hawk, also paid tribute: “Very sad news…I knew Blue as we grew up around the corner from each other. I met him most days in the gym and the last time we spoke was yesterday.”

“We talked about old times, the sport as it is now and training and life in general.”

“One of the last things he said in that conversation was to a young Bodybuilder who came into the changing rooms giving him some good advice as always.”

Mr Hawk said Mr Shinners had been “a great champion, legend of the sport and true gentleman”.

Fellow champion bodybuilding Andy Lawley also offering his condolences said the pair had “spent some good times on stage together.”

William Silvart, from Chile, wrote: “The bodybuilding world has lost one of its outstanding champions from this earthly world”.

Mr Shinners’ funeral details have yet to be announced.

James will be missed terribly. We send our condolences to the family and friends of James.

We would like to thank our friend Si Sweeney for his contribution to this article.