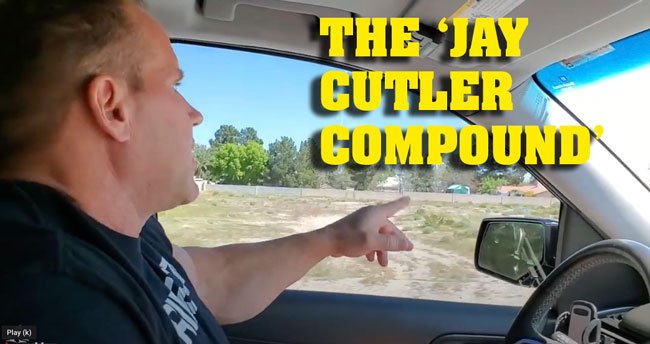 4X Mr. Olympia Jay Cutler is one of the most successful bodybuilders in the sport of bodybuilding.

Jay Cutler was not only one of the most successful bodybuilders on stage and in the sport, but he has managed to emulate that success in his retirement.

Cutler has been enjoying the success of his numerous business projects.

Jay is involved in the supplement industry with his own brand, apparel, real estate, social media and numerous other businesses.

The success that Jay Cutler is enjoying did not come over night. He has worked very hard to be the best bodybuilder in the world and he used the same work ethic to be successful.

Jay and Ronnie Coleman were very smart to take advantage of social media when it was at its beginnings in relation to bodybuilding and fitness.

They were both very popular on magazines and they transferred that success to the world of social media. In return this gave them a fan base of millions of followers, which in return gives them the best opportunity to advertise their products.

Jay has a room in his house that is most probably one of the most popular in the sport of bodybuilding.

His office is a virtually a museum dedicated to his bodybuilding career. Jay’s four Sandow trophies are proudly placed next to his desk along with his Arnold Classic trophies and numerous other awards.

His favorite competition posters and magazines are also on display.

Many say it is easy to do all this when you have money but when admiring all the success that Jay has had, it proves that anybody can do anything if they put their mind to it.

In one of his recent videos on his official Youtube page, Jay Cutler reveals that he is planning to buy a new property to hopefully build the new ‘Jay Cutler Compound’.

The land that Cutler is considering purchasing is located very close to his present home.

Evolutionofbodybuilding.net can reveal that the empty land that Cutler is considering purchasing is 96,703 square feet (Approx 2.2 Acres) in size*.

The land area of this property is much bigger than the present property that he lives in.

With such a large area, Cutler can easily build a beautiful house that includes a tennis court, pool, guest house and full functional professional gym. Cutler could also consider building his own professional recording studio to create his YouTube content.

With the strict regulations when it comes to training at a gym, it would make a lot of sense for Cutler to build his own professional gym.

A project that will easily cost over $1 million to finish, thanks to his good business decisions and success at the same time, Jay Cutler can manage such a project.

Seeing Jay Cutler grow as a successful business man with the majority of this success tied to bodybuilding, he has become the new symbol of success.

Arnold Schwarzenegger was successful in bodybuilding, films and politics. The majority of bodybuilding fans dreamed to emulate Arnold’s success.

Jay Cutler might not be a mega film star or politician, but his blue collar attitude of how to handle a business has given him equal success.

Jay Cutler is the new face of success and the bodybuilding world should celebrate this accomplishment.

A bodybuilder can only last so long on the professional stage. The hard work is not only the training and diet, but what he or she can build on that success.

* All information about the property is well documented on public domain.