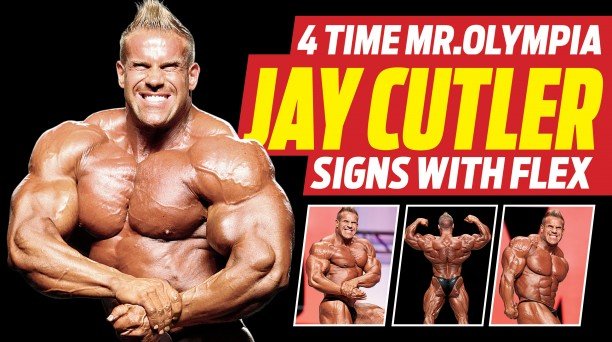 No other bodybuilder in the last decade of the sport has made a greater impact than Jay Cutler.

For many fans, Jay has become an icon, the sport of bodybuilding’s greatest ambassador. No one has earned the respect of fans and competitors more than four time Mr. Olympia, Jay Cutler. We are proud to announce that Jay Cutler has re-signed with Weider/AMI.

Jay Cutler’s rise to the top of the bodybuilding ranks has been one of the biggest success stories in the history of the sport. Jay Cutler who is currently promoting his Cutler Nutrition Line in conjunction with BPI Sports, will be doing blogs and videos on flexonline.com and contributing regularly to Flex Magazine.

This week, Cutler added another chapter to that story by signing an exclusive publishing deal with Weider Publications/AMI.

evolutionofbodybuilding.net wishes Jay Cutler all the best on his new adventure