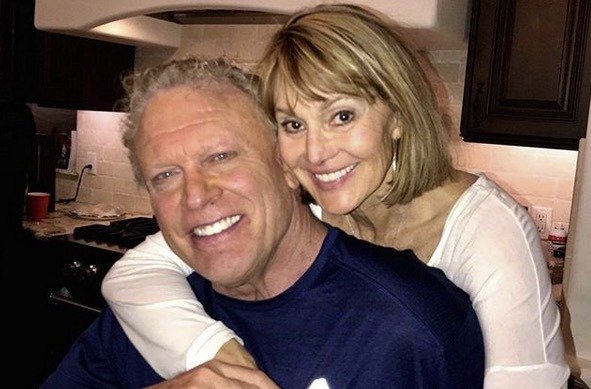 Bodybuilding pioneer Jeff Everson has passed away at the age of 68.

Jeff was the owner of the famous magazine Planet Muscle and  television show with the same name and as well one of the best when it came to nutrition and bodybuilding science.

Jeff won Mr.USA in 1992 and later went on to win the converted Masters Mr.America title.

Robert Goldman confirmed this news on his official Facebook page.

According to reports, Jeff was found dead in his bed after returning from a work trip. But sources say investigators believe he died of natural causes.

Robert Goldman
Huge Loss for the Body Building world. Our dear friend and Icon Jeff Everson just passed away. Jeff was a real innovator in everything from the body building sciences, to nutrition, to publishing and former husband of 7X Ms Olympia Cory Everson-Donia… Jeff was brilliant, innovative, creative and a true force in the field who touched many lives. He was my good friend, colleague and body building fitness brother and will be greatly missed by all. My dear friend Cory let me know this morning. Her and Jeff and their families remained so close.

We at evolutionofbodybuilding.net send our condolences to the family and friends of Jeff. May he Rest in Peace. 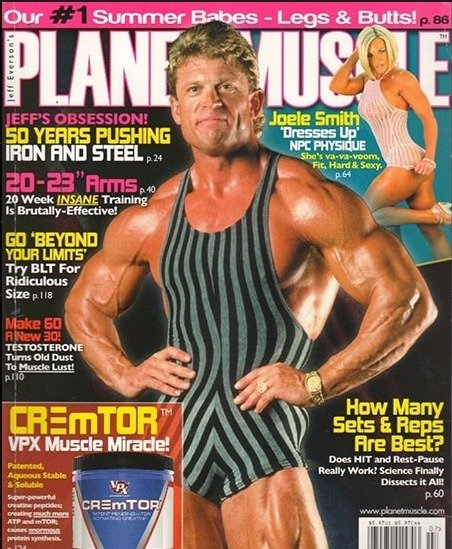 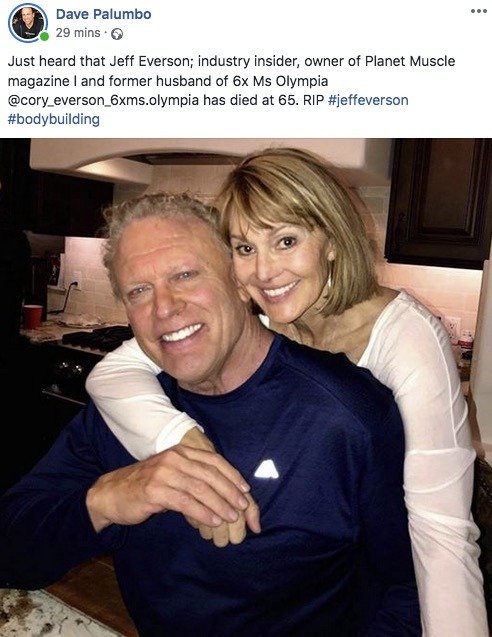 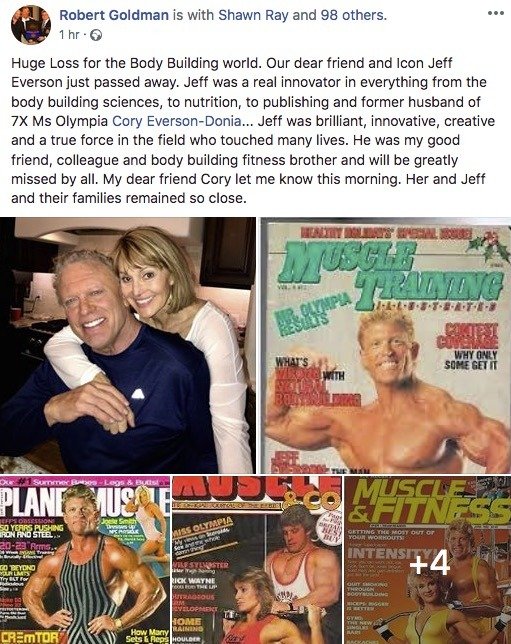