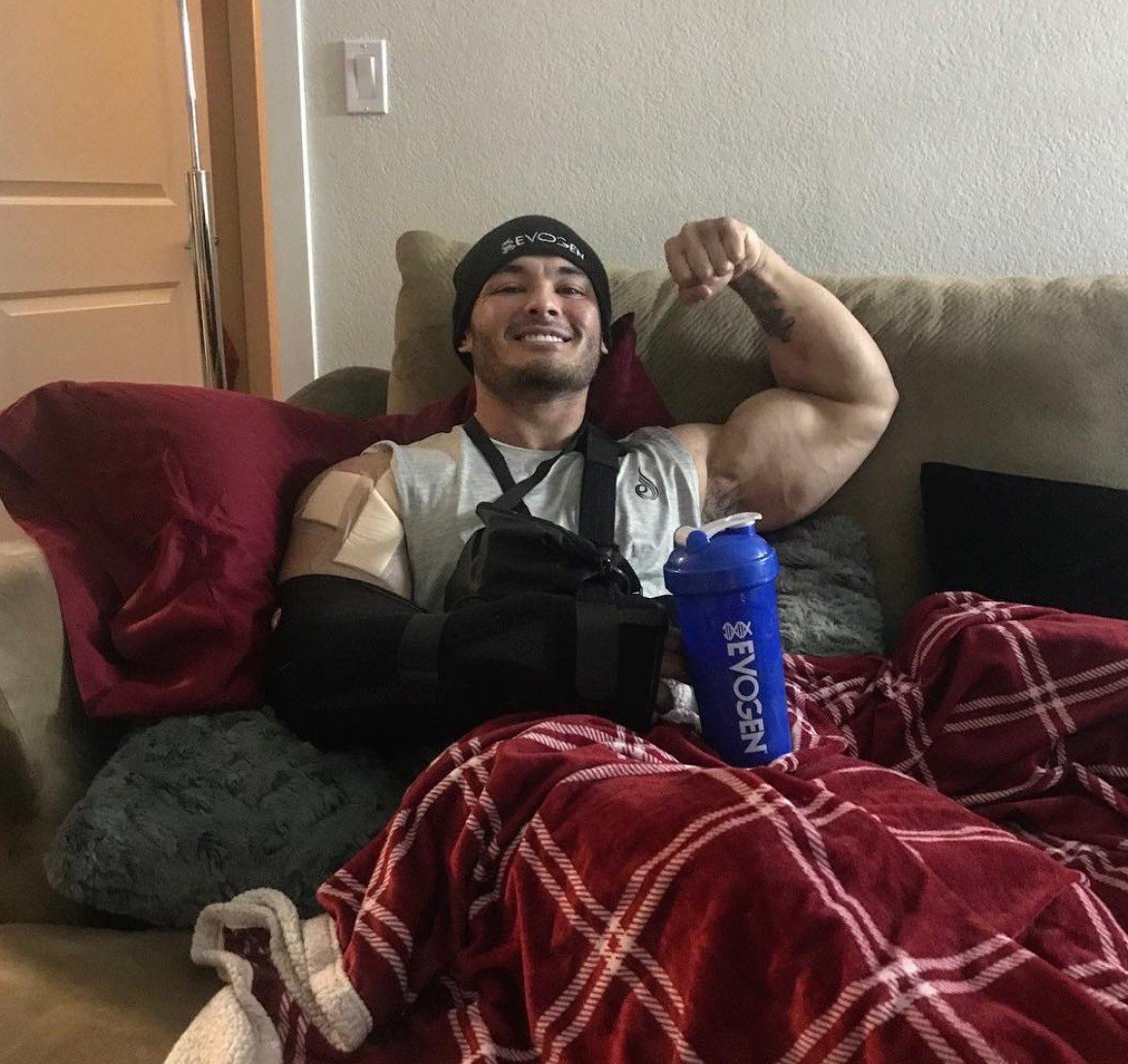 This injury is something that bodybuilders have nightmares about.

According to his message on Instagram after his operation, everything went well and Jeremy was in high spirits.

Over a week has passed from Jeremy’s operation and it seems now he is feeling the psychological drawbacks of such an operation.

The 4X Olympia winner is seeing his body shrink in size and the almost perfect physique we are all used to seeing is slowly disappearing due to his lack of training. This is a nightmare for every athlete especially a athlete that works for perfection such as physique athlete.

Jeremy posted another message to all his fans on his official Instagram page explaining what he is going through and it is almost as if he is apologizing.

Jeremy also sent a message to his competitors and haters: “his shit has caused me to have a chip on my shoulder. Anyone who thinks they may have gotten an inch from this, think again. I’m pissed. If you know me, you don’t wanna be in the way of a pissed off version of myself.” Giving a clear sign that he is not just going to sit back and watch somebody take his title away from him.

This is the time when these athletes that give their fans so much joy and inspiration need the most support.

This is what Jeremy has to say:

I’ve been a little down the last few days trying to get thru this first week of post op.
–
Sucks man, I love the gym, and being out of it puts me in a funk.
–
Ya, my physique is gonna start to go to shit, I’m gonna lose my size, density, & strength. I’m not gonna look the same for a little while.
–
It’s tough because i feel like I have an obligation to you guys, my fans and followers who look up to me. I feel like I got a responsibility to lead by example and maintain an olympian caliber physique as well as train like an animal on a daily basis.
–
My training partners and teammates I lift with regularly, my business associates, my sponsors, my fiancé, everyone who has taken a little bit of a hit from me going thru this injury, I want to apologize.
–
I hate sitting here not being able to do the things that I normally do, and I hate not being productive. At this point all I can do is be patient.
–
I just have to keep telling myself that it’s all gonna come back to me once I’m healed up. I know for one thing, once I’m cleared you are gonna see the baddest Buendia you’ve ever seen. This shit has caused me to have a chip on my shoulder. Anyone who thinks they may have gotten an inch from this, think again. I’m pissed. If you know me, you don’t wanna be in the way of a pissed off version of myself. 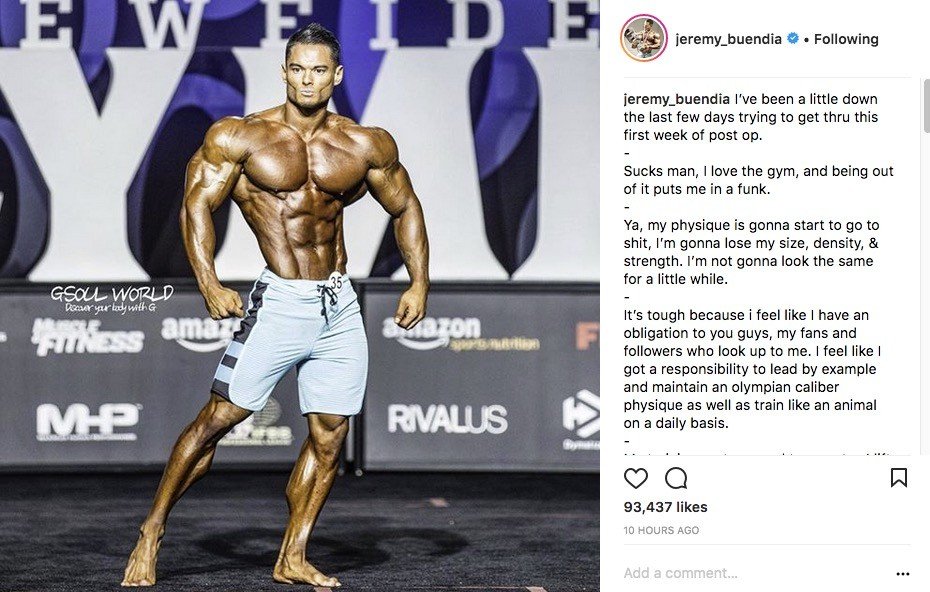