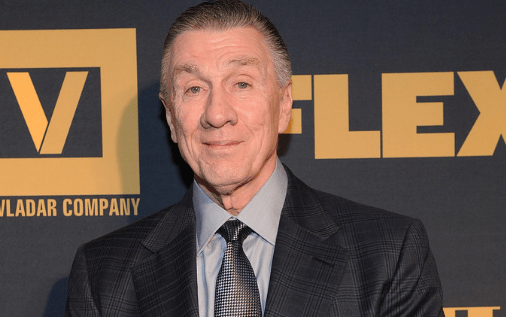 The death of George Floyd has sparked protests all over the world and especially in the USA.

George Floyd, 46, died after being arrested by police outside a shop in Minneapolis, Minnesota.

Footage of the arrest on 25 May shows a white police officer, Derek Chauvin, kneeling on Mr Floyd’s neck while he was pinned to the floor.

Mr Chauvin, 44, has since been charged with murder.

NPC President Jim Manion released a statement regarding George Floyd and the protests that followed.

Evolutionofbodybuilding.net agrees with Manion that bodybuilding is a sport that gives everyone the opportunity to participate, regardless of their religion or race.

These are the principals Joe and Ben Weider built the sport on and this will never change.

The NPC, NPC Worldwide and Professional League are deeply saddened over the death of George Floyd and the ongoing events of racism and violence that are happening all over the world. The foundation of these organizations has always been to give everyone the opportunity to compete and display themselves on stage no matter the color of their skin, the religion they practice, or the country they are from. We feel that bodybuilding is a sport of unity, equality, and positivity and we will do everything we can to display that throughout all of our platforms. We are all equals and I’m praying for justice, equality and peace to take over instead of hate. – Jim Manion 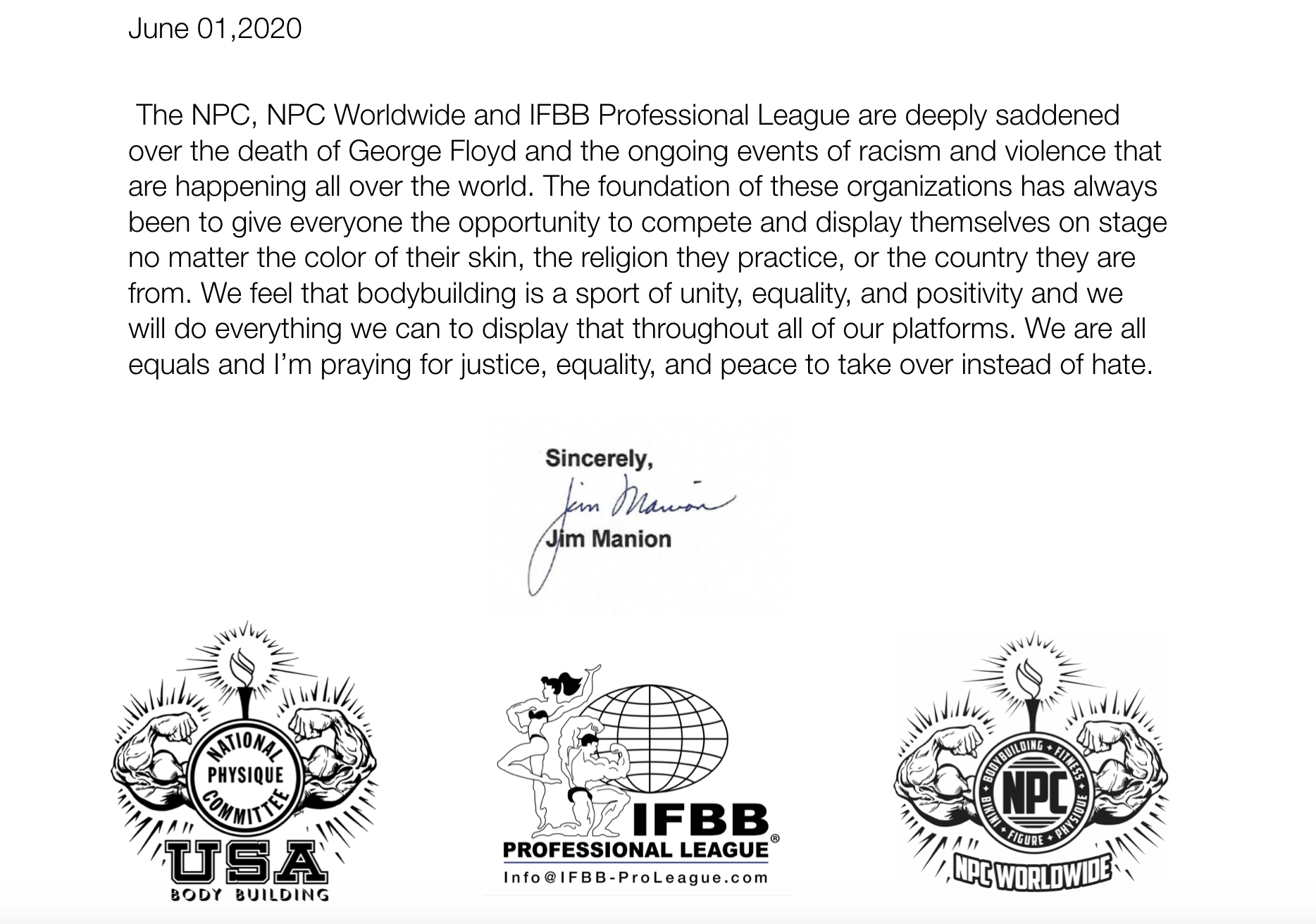