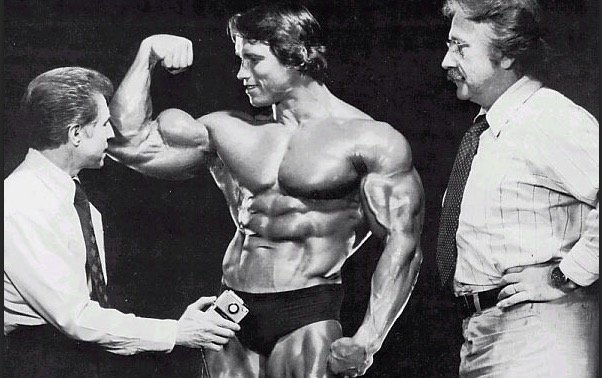 Jimmy Caruso, the first photographer to take photos of Arnold Schwarzenegger in America, has died at the age of 95 on 18 July, 2021.

Jimmy has taken some of the most iconic photographs of bodybuilding legend Arnold Schwarzenegger.

Living to the wonderful age of 95, we mourn his death but at the same time celebrate his fantastic life.

In 1968, Jimmy Caruso was the man behind the lens for the 1968 Mr. Universe. Arnold Schwarzenegger placed second behind Frank Zane.

That same weekend, Schwarzenegger would sign his contract with the Weider’s and have his first ever photo shoot in America with Caruso.

Caruso began training at age 14 and was first inspired by a photo of Victor Nicoletti, a Mr. America competitor.

In 1966 the IFBB gave Caruso a Recognition Award as the “greatest physique photographer.” Caruso’s photography of bodybuilding legends such as Arnold Schwarzenegger, Frank Zane, Larry Scott, and Sergio Oliva have appeared in various publications as well as Joe Weider’s Muscle and Fitness, formerly Muscle Builder and Power.

His famous photographs of Arnold against a black backdrop were taken in New York City in 1975.

Caruso opened Caruso Gym on Notre Dame St. in Montreal in 1954 at age 29. That same year he came in second at the Most Muscular Montreal competition.

The gym is now called Gym-Zone Decarie. Caruso was a bodybuilder himself, trainer of champion boxers and bodybuilders, as well as a personal trainer.

Well into his 80s, Caruso was still working as a personal trainer in Montreal.

Jimmy might be gone physically, but his spirit will live on thanks to his priceless photographs, that will forever be embedded in the history of bodybuilding.

We at Evolutionofbodybuilding.net send out deepest condolences to the family and friends of Jimmy Caruso during this difficult time. 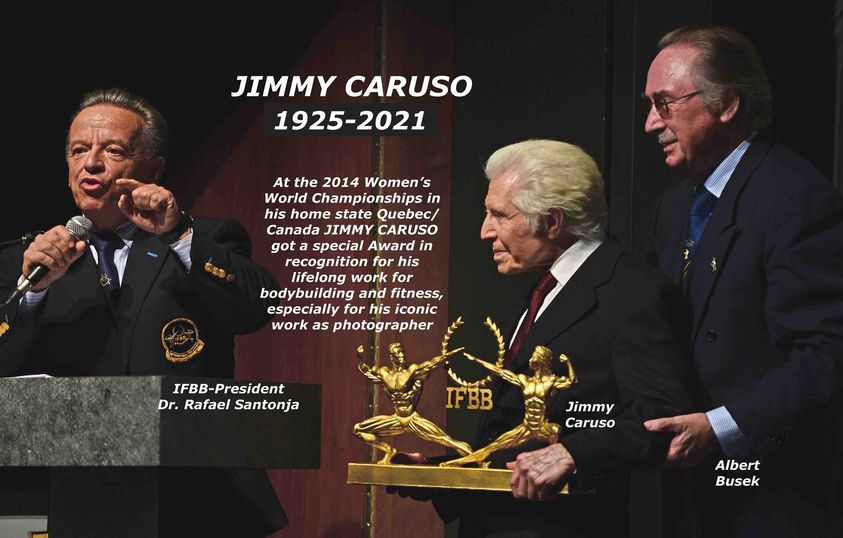 A BODY OF WORK

Jimmy Caruso knows how to build bodies and capture their beauty in photos. At 85, he’s still in the game.

His name is legend – to those who know bodybuilding – as the famed trainer and photographer whose sleek, side-lit, black and white photographs of Arnold Schwarzenegger still grace the covers of bodybuilding magazines on the great one’s birthday.

He’s Jimmy Caruso, also known as Jimmy the Trainer, reputed to be the winningest trainer in the heyday of bodybuilding. Out of his Caruso Gym on Notre Dame St., he also produced a roster of winning fighters in the 1960s, all the while photographing these athletes with such panache that “Photo by Caruso” was a recognizable brand.

His famous shots of Schwarzenegger, gleaming muscles in classic poses, were taken in 1975 in New York City, Caruso says, pulling out photo- graphs from folders and envelopes in his small office at Gym-Zone Décarie in Décarie Square.

“I photographed him as soon as he came to America to compete in Mr. Universe,” he says, “first in Florida when Joe Weider brought him to the U.S. Here, look at this one. It was taken in my gym, shot while he was looking in the mirror, in about 1969.”

Bodybuilding was big enough to regularly make the news when Caruso opened his first gym in 1954. “I had the Mr. Canada winner, and many more,” he says.

Now 85, Caruso is a small man, with a slight stoop. He is impeccably dressed, his hair neatly combed back, his gait precise. And his passion has never waned.

After he sold his gym eight years ago, Caruso continued as a personal trainer.

He is equally proud of the soft, middle-aged bodies he has transformed into muscle and definition (he has the photographic record to prove it) as he is of his champions.

But bodybuilding isn’t all that Caruso did well. “To me, everything was easy. Nobody taught me anything,” he says. “I started taking photos because I didn’t like the way they were being photographed. I bought a camera, and within three months I had a cover shot.”

He reaches into the bottom drawer of his desk and unfolds, under several layers of bubble wrap, the 1966 International Federation of Body Builders Recognition Award as the “greatest physique photographer.”

His lighting was innovative, Caruso says, because he would move the lights to get the shot, as opposed to the traditional photo, where the lights would be stationary and the subject would have to move. And he had the ability to position the athletes so that their muscles were seen at their best.

Starting in the 1950s, he was training Mr. Canada and Mr. Universe winners, and producing photographs that regularly made magazine covers. “I was known,” he says.

He knew not only the best look for a bodybuilder, but how to get the look. “I know how to train the people,” he says. “From one body part to the next, it has to be harmonious. If the trainer doesn’t do a good job, they ruin you.”

That doesn’t apply only to men. Thirty-five years ago, he trained Mimi Rivest, who was a champion female bodybuilder. In the photograph he proffers, her body is sleek, muscles well defined.

Training is often just a fad now, he says. “You ask all of them trainers with the gift of the gab, they can’t show you bodies they’ve had results with. I see people training three and four years with fat hanging over them. With me, you can see the whole body and how I transform them.”

He rummages through an envelope and brings out a photo of Pierre Brunet, a champion he trained, taken in 1957. “Look at the proportion in the chest shot,” Caruso says, “the way the neck is turned to show the muscle, the chest is raised. Today, bodybuilders are massive, some of them up to 300 pounds, but there’s no beauty. They have legs like balloons, big muscle bumps on their arms.”

Good training means you can be just as big, but proportional, he says. “The problem is that trainers don’t know what to do, and people jump on bandwagons all the time.”

Bodybuilding isn’t the only sport he’s had a hand in. At Caruso Gym, he used his own rigorous training methods to prepare a roster of boxers, and in 1965, each one of his four fighters won the Golden Glove in their weight category. “I trained them and fed them. They even slept in my gym.”

But Caruso’s creative skills – he believes bodybuilding is an artistic exercise – actually started in other areas. He learned to be a tailor in his teens, and by age 20 was sewing bathing suits for the Weiders’ bodybuilding and wrestling clientele.

He was musical, playing both saxophone and accordion at Montreal clubs – he even sewn the suits his bandmates wore – often with buddy Russ Vannelli, Gino Van- nelli’s father. “He used to cut my hair, and when he stopped cutting it, I started to do it myself,” Caruso says of his improbably golden coif. “I still do.”

A small, skinny kid, he was around 14 when he started lifting weights, using the metal wheels from the cart his grandfather took to the Atwater Market. He was motivated, he says, by a photo he had seen of Victor Nicoletti, a Mr. America competitor and Ironman winner in the early 1950s. “He had that sixpack and it impressed me.”

He started working out at the back of his father’s shoemaking store with one bench and a set of dumbbells. By 1954, at age 29, he came second in the Most Muscular Montreal competition, when there was no weight class. That was the year he opened Caruso Gym, dedicated to bodybuilding and boxing.

His athletes benefited from Caruso’s many skills. “At one time, I used to train them, do the music for their routines, pose them, cut their hair and make their bathing suits,” he says. “And I took their photographs.”

Caruso says he looks at each body he trains as a problem that he’s got to solve. “Everyone has a problem – maybe they’re skinny, or fat – so to get the aesthetic, lovely body takes work. When I train someone, I’m more interested in getting results than even that person is.”

Today, trainers don’t get results the way he did. “I don’t want to brag, but what people are doing today … If you know how to get results, you can see them fast,” he says.

His clients now range from men and women in their 50s and 60s to a current protegé, 17-year-old Max Garneau-Pillet, who comes to the gym four times a week to work with Caruso. “Every two or three days, he’s better,” Caruso says. “I predict before he’s 18, I’ll make him better than Schwarzenegger.”

Home is LaSalle for Caruso, with his wife, Eleanora, whom he nursed last year through a bout of double pneumonia. The prognosis was dim, so he gave her supplements and did exercises with her, Caruso says. When she got better, “they said it was a miracle.”

Each day, he drives over to the gym in his Mercedes – “I like big cars,” he says; “I still have a 1978 Eldorado” – arriving around noon or 1 p.m. and sometimes staying until closing time at 11 p.m.

Of his three sons, only the youngest, Ricky, did bodybuilding, ranking third in Mr. Canada Junior at 18. His oldest, Gino, 60, looks after their Centre de Nutrition Caruso shop in St. Jérôme, where they distribute his signature Caruso Fitness Nutrition supplements.

He argues that eating well is a priority. “If you had to choose between eating well and just training, I would say eat well,” says Caruso, who regularly eats fish, fruit and vegetables, and meat maybe once a month.

“And now they’re talking about broccoli,” he says. “I’ve been eating it for 25 years!” 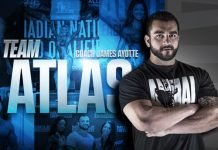