The 2014 Olympia Europe event will be held in Prague on the 5-7th  June 2014.
This will be the first edition of the Olympia Amateur EUROPE in PRAGUE.

Next to Evls Prague Pro show, this will be the second the most famous  event arrangement by SHP Prague company. The Olympia Amateur contest has been held with a few categories in the UK (2010), in Kuwait (2012) and  in Bahrain in 2013.

For the women bikini-fitness category, the Olympia Amateur has been held in Prague, Czech Republic since 2011.
For the first time in the history of amateur competitions, this event will be comparable in scale with professional contest Mr.Olympia arranged every year in Las Vegas. 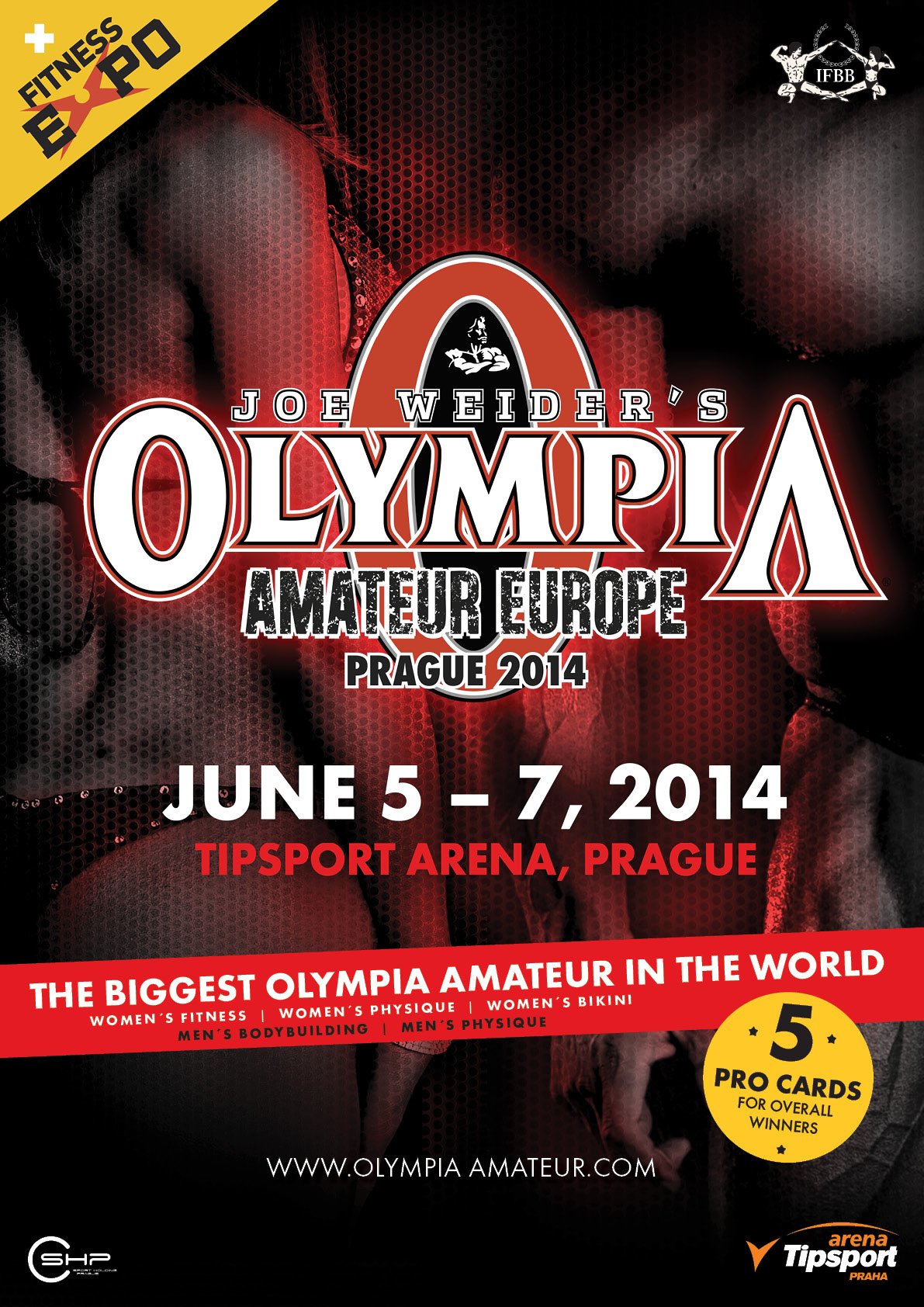 All registrations are to be made through IFBB National Federations.
Please refer to the links Inspection Report and Entry form for more information and the end of the article.

In addition to the competition there was also a fitness expo organised.
Everyone who will join the contest and will come to support athletes, will have the possibility to visit the exhibitions of sport equipment and nutrional supplements mainly in the field of fitness and bodybuilding. The Expo will take place at the same place(same hall) as the Olympia Amateur event – Tipsport arena.

The Olympia Amateur EUROPE 2014 will be held in the capital city of the Czech Republic, Prague. Prague is often referred to as the “historical pearl of the Europe” and is one of the most beautiful cities in the world with unique and unforgettable atmosphere.