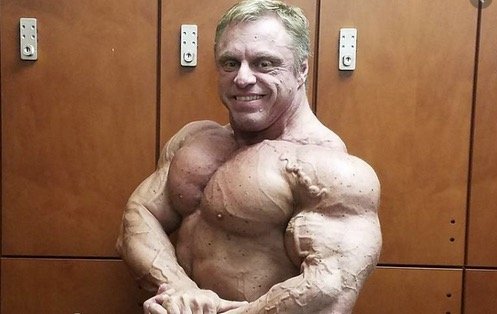 Thanks to John’s wife Mary, she has been keeping the bodybuilding world updated via John’s official Facebook page.

The latest update is that John had 2 massive blood clots in two arteries. John was in a lot of pain but the doctors managed to clear one. Tomorrow they will continue procedures.

Update on John’s condition. His arteries have no plaque buildup, but he did have 2 massive blood clots blocking 2 arteries. He has been in constant pain, but today they were able to clear one of the arteries. They are going to try again tomorrow on the other. This could be tied to the blood disorder from 2005 when he lost his colon. Thank you all for your continued prayers and support in these hard times. Please help me get word out and share.

Evolutionofbodybuilding.net will continue to keep you updated on the latest developments.