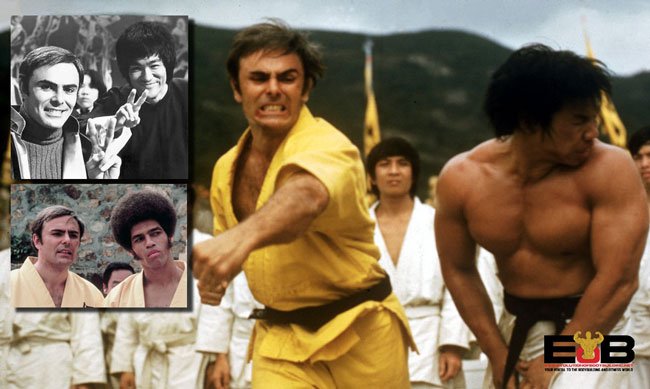 John Saxon, who co-starred with Bruce Lee in Enter The Dragon dies at 83.

Saxon passed away at the age of 83 due to complications from pneumonia in Murfreesboro, Tennessee, his wife, Gloria, told The Hollywood Reporter.

Many fans of bodybuilding and fitness will remember John Saxon from one of his most popular films ‘Enter The Dragon’. John co-starred in the film with legends Bruce Lee and also Jim Kelly. Bruce Lee passed away in 1973 while Jim Kelly passed away in 2013.

In the film ‘Enter The Dragon’ John played the part of a rugged martial arts athlete. His cool and comical part made the film so memorable.

An Italian-American from Brooklyn, Saxon played characters of various parts during his long career.

His portrayal of a brutal Mexican bandit opposite Marlon Brando in The Appaloosa (1966) earned him a Golden Globe, and he had a recurring role on ABC’s Dynasty as Rashid Ahmed, a powerful Middle East tycoon who romanced Alexis Colby (Joan Collins). And on another 1980s primetime soap, CBS’ Falcon Crest, he played the father of Lorenzo Lamas’ character.

Years earlier, Saxon starred from 1969-72 as the surgeon Theodore Stuart on “The New Doctors” rotating segment of the NBC drama series The Bold Ones.

Discovered by the same agent who launched the careers of Rock Hudson and Tab Hunter, Saxon first gained notice for his performance as a disturbed high school football star who taunts Esther Williams in The Unguarded Moment (1956). In the film’s credits, he’s billed as “the exciting new personality John Saxon.”

He played a police chief who makes a fatal mistake in the Canadian cult classic Black Christmas (1974), featuring Margot Kidder and Keir Dullea, and his horror résumé also includes two films for Roger Corman: Queen of Blood (1966) and Battle Beyond the Stars (1980), playing a tyrannical warlord.

In Warner Bros.’ Enter the Dragon (1973), Lee’s first mainstream American movie and last before his death at age 32, Saxon portrayed Roper, a degenerate gambler who participates in a martial arts tournament. In real life, his fighting skills did not approach those possessed by Lee and another co-star, karate champion Jim Kelly.

Saxon, though, said that Lee “took me seriously. I would tell him I would rather do it this way, and he’d say, ‘OK, try it that way,’ ” he told the Los Angeles Times in 2012.

Saxon played the cop Donald Thompson in the first and third films in the Nightmare on Elm Street franchise, where he’s eventually killed by Freddy Krueger’s skeleton. He then returned to play a version of himself in New Nightmare (1994).

He was born Carmine Orrico on Aug. 5, 1936, the eldest of three children of an Italian immigrant house painter. While in high school, he worked as a spieler at a Coney Island archery concession, becoming proficient with the bow and arrow.

“Brooklyn was a tough place to grow up in, but it taught you survival, and if you were ambitious, it taught you to want better things,” he once said.

Walking out of a movie theater after skipping class at New Utrecht High School, he was spotted by a male modeling agent and then appeared in magazines like True Romances.

One photo shoot, which he said pictured him as a “Puerto Rican guy” leaning against a garbage can after he had been shot, caught the attention of Henry Willson, the legendary Hollywood agent who had discovered Hudson and Hunter.

Then just 17, Saxon signed with Willson, studied dramatics for six months with Betty Cashman at Carnegie Hall and flew to Hollywood, where he was quickly signed by Universal. He attended the studio’s workshop for 18 months and then worked with Mamie Van Doren in Running Wild (1955).

After Unguarded Moment, Saxon appeared as young rock ‘n’ roll musicians in Rock, Pretty Baby (1956) and Summer Love (1958) and played opposite Sandra Dee in The Reluctant Debutante (1958), directed by Vincente Minnelli, and Debbie Reynolds in Blake Edwards’ This Happy Feeling (1958).

In Cry Tough (1959), Saxon starred as a tough Puerto Rican kid from New York, and in War Hunt (1962), he was top-billed as a psychotic solider. (Robert Redford and Sydney Pollack also were in the cast, and the three would reunite in 1979 for The Electric Horseman.)

Never shy about showing off his machismo, Saxon also co-starred with Clint Eastwood in Joe Kidd (1972) and played a dirty union lawyer in Andrew McLaglen’s Mitchell (1975).

Memorial contributions in his name may be made to the Motion Picture and Television Fund.

Evolutionofbodybuilding.net would like to send our deepest condolences to the friends and family of John Saxon during this difficult time. 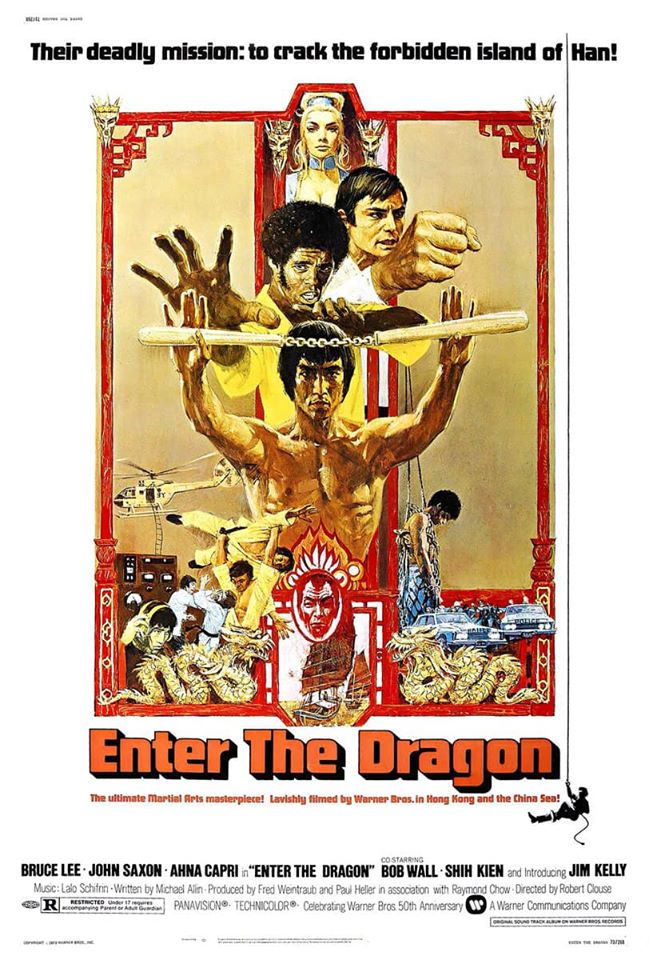 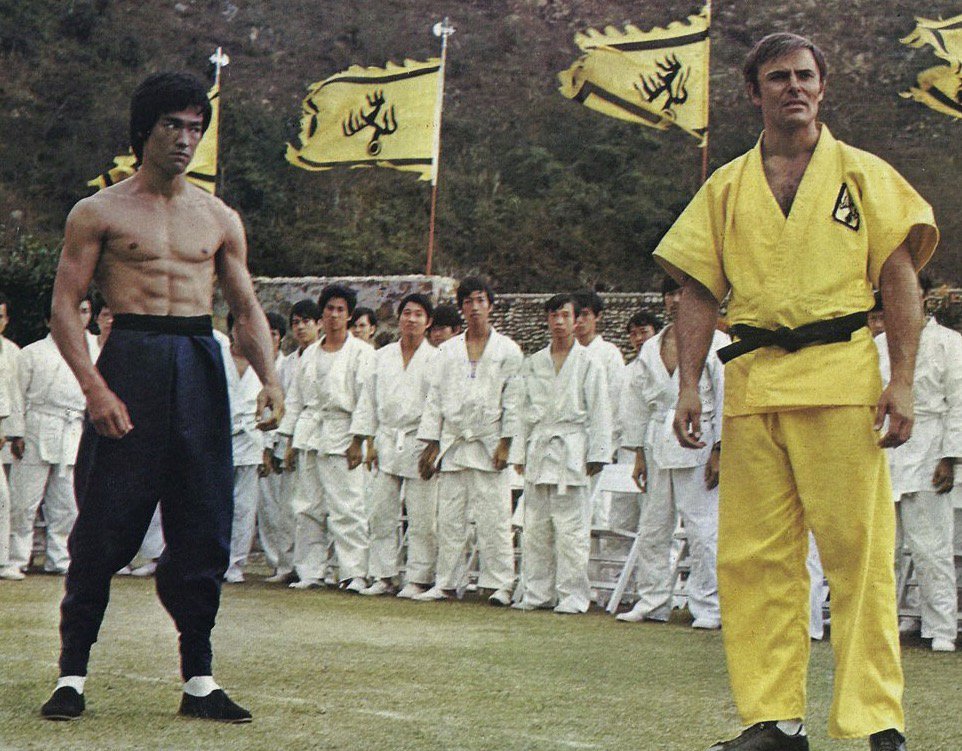 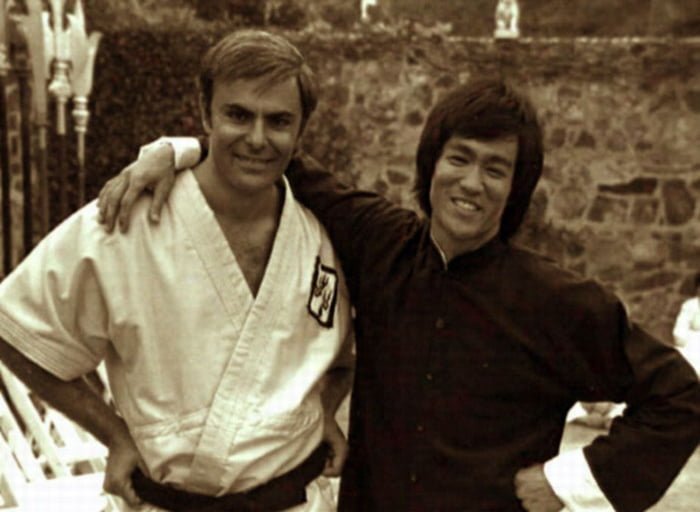 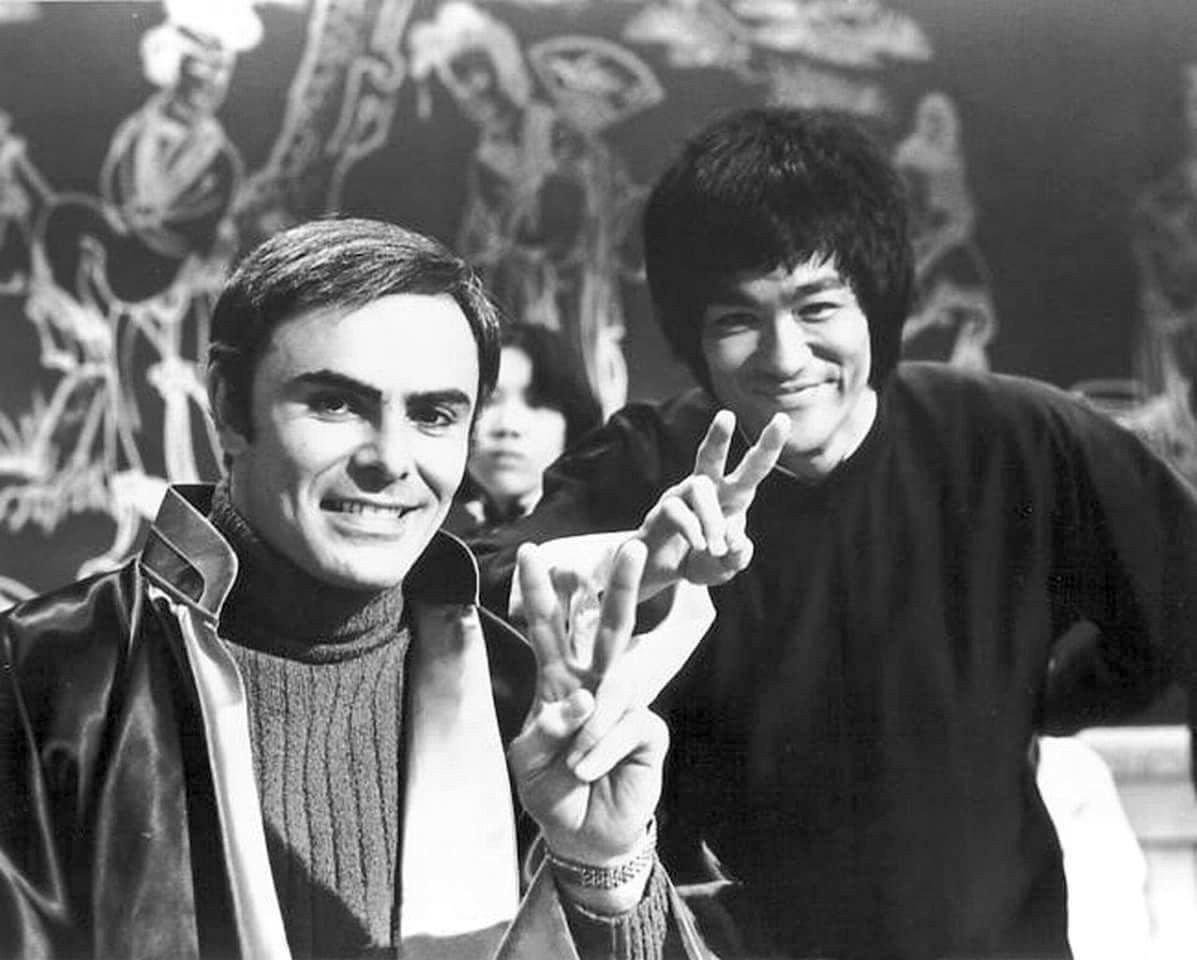 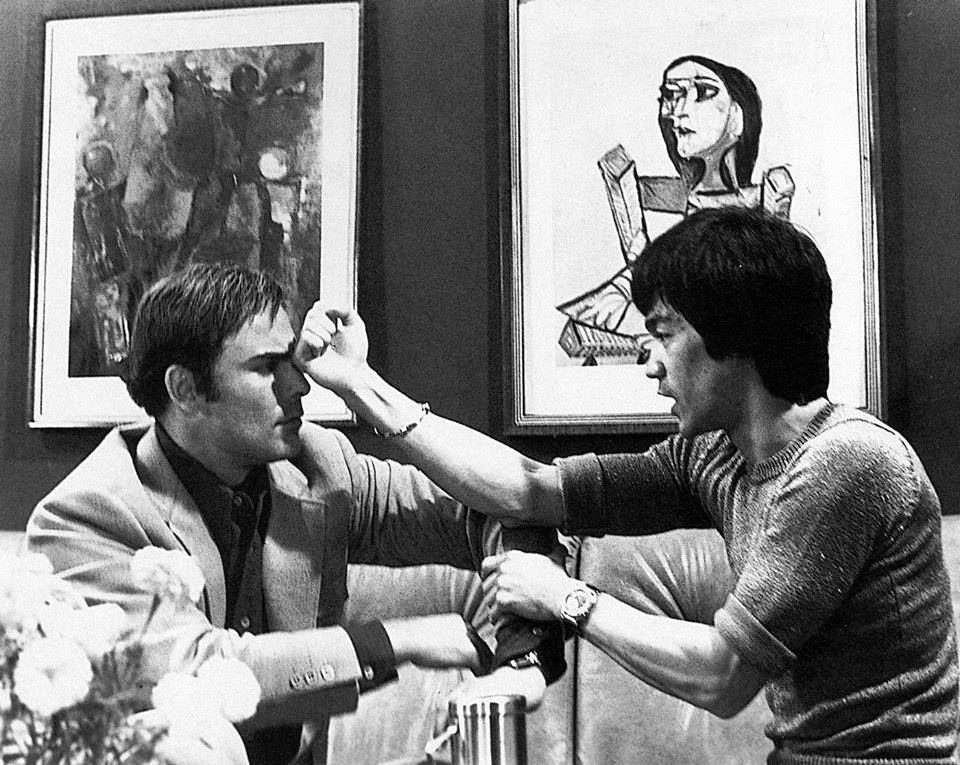 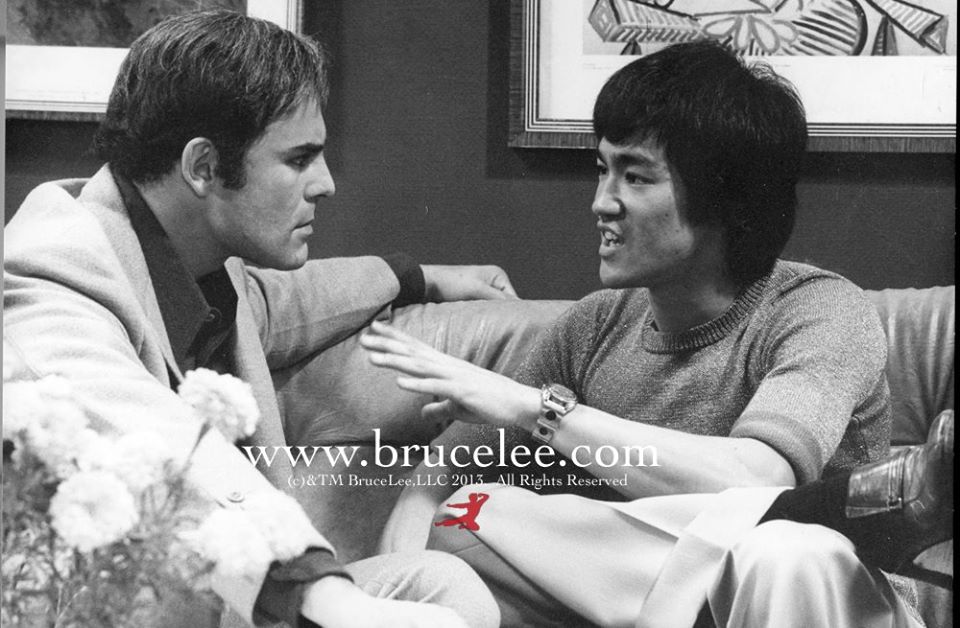 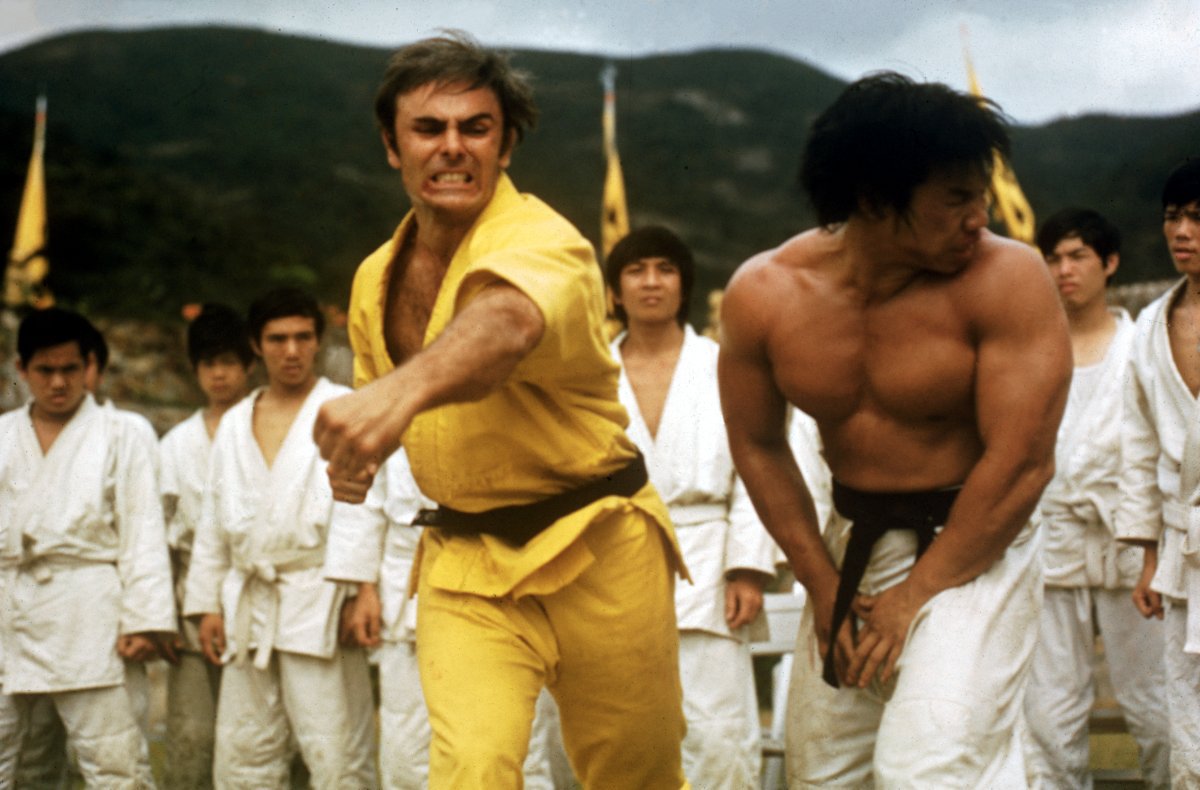 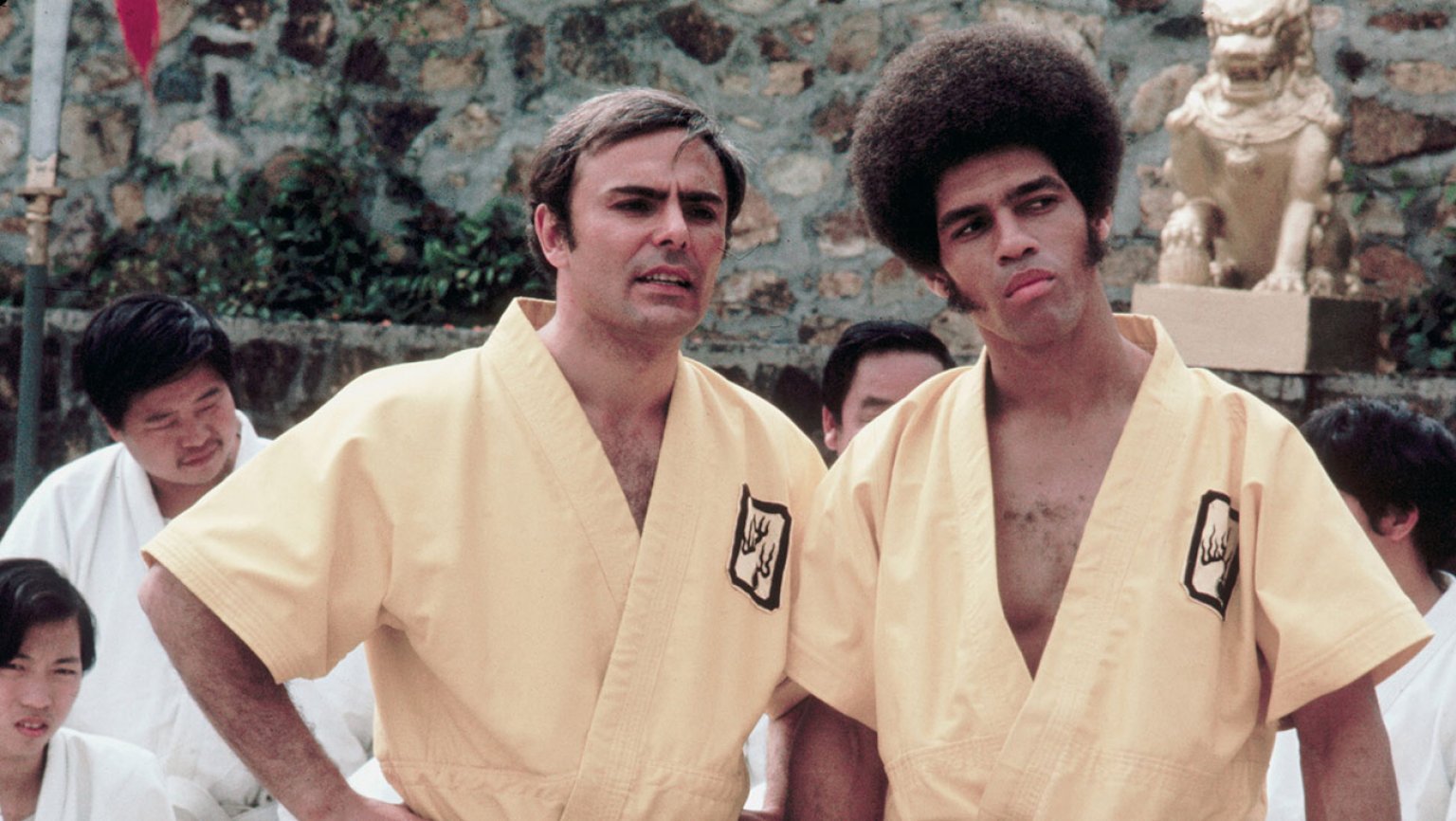 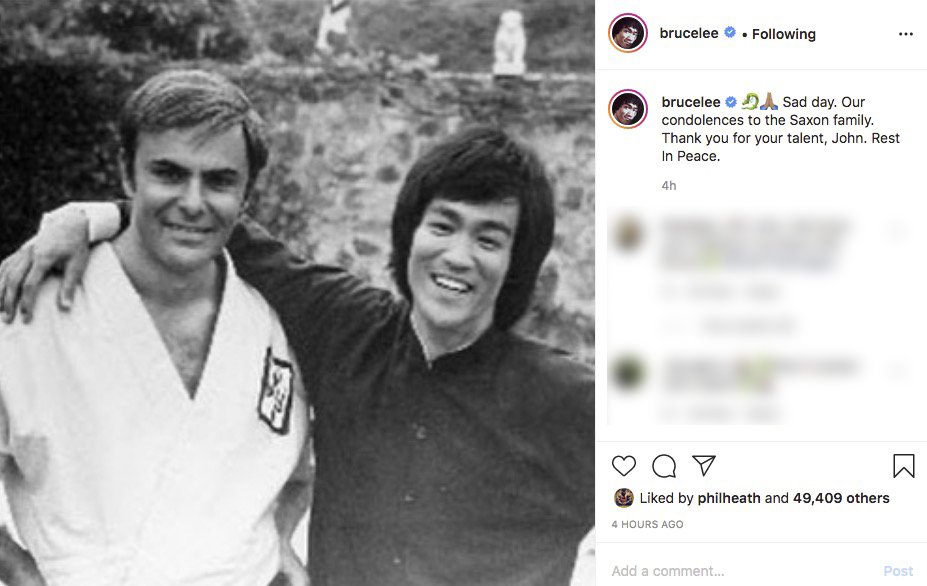