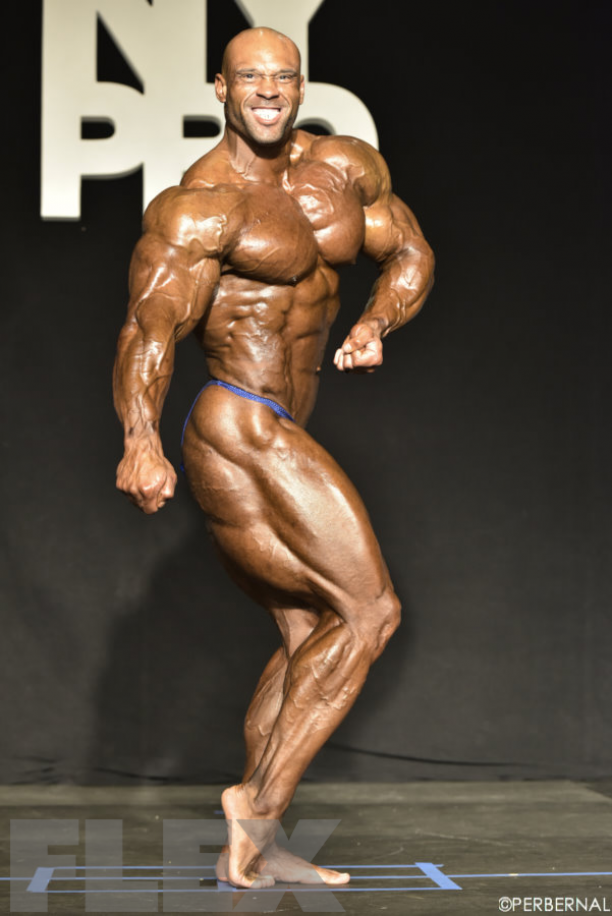 In his pro debut, the hometown hero finished fourth in a tough lineup at the 2012 New York Pro. But he bounced back a few weeks later with a win at the Europa Battle of Champions. Though he was qualified for the Olympia, Morel chose instead to watch from the sidelines.

In 2014, Morel scored a second “W” at the Toronto Pro and this time, elected to compete in the sport’s biggest show, where he placed a respectable 10th. “Making top 10 was my goal and I was ecstatic to have achieved it,” Morel said. Morel then went on the post-Olympia tour, placing in the top seven in five shows.

This year, Morel looked better than ever to capture the New York Pro over fellow East Coast stalwarts Victor Martinez and Maxx Charles. FLEX will be keeping an eye on the latest Team AMI/Weider athlete as he heads back to the Big O, September 18-19. “I want to do better this year,” Morel said. “I have to keep working really hard because I know everybody else is too.”