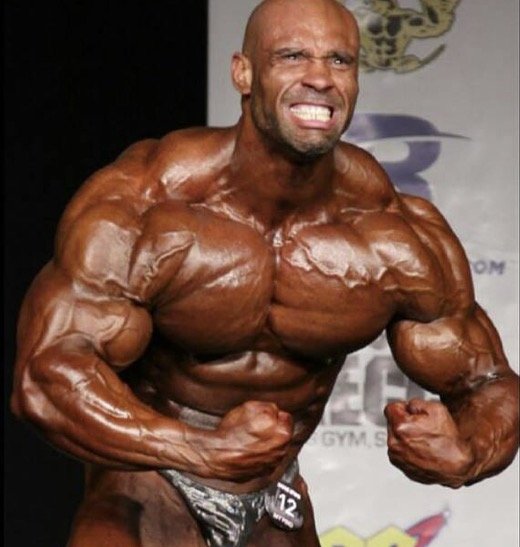 Juan Morel as made it official that he will be taking a year off and will step back on the stage in 2017.

Morel has also taken the decision not to try to qualify for the 2016 Mr. Olympia.

Morel went from winning the 2015 New York Pro to finishing sixth at the 2016 edition of the contest. This could of been the turning point to make him decide to take a small break.

With all the competition today, this most probably is a wise choice from Morel’s side to give his body a rest and make some decent gains.

This is what Morel posted to all his fans on his social media:

Okay everyone so here it is; I’m officially offseason. I’m taking a whole year off, yes you heard that right, a whole year! I am not going to try and qualify for the Olympia, I need a break- my body is tired and I’m tired… I have been consistently competing since 2014 without a real offseason; I competed in 16 shows from 2014 till now!! And we all know an offseason is a must to make improvements and changes. It’s time for me to make a dramatic change to my physique. Since I have been a pro I’ve never had a full year off season. This will be my first & I’m going to get huge – not gonna try and grow while maintaining abs cause let’s be serious you really can’t grow and try to stay lean. I’m going to get huge that’s how I always made my best improvements!! I’m going to eat like a beast everyday, I will eat big to get big and gonna train like a bigger beast- 2017 the Diesel is gonna come back bigger and better!!

Keep up-to-date with Juan Morel on his social media: 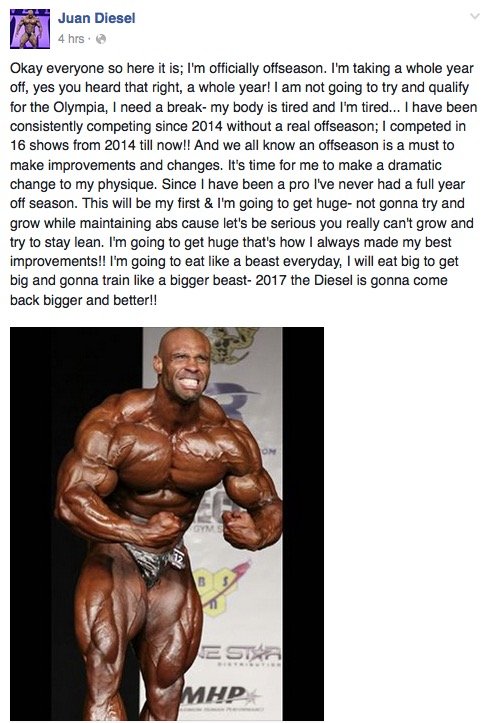 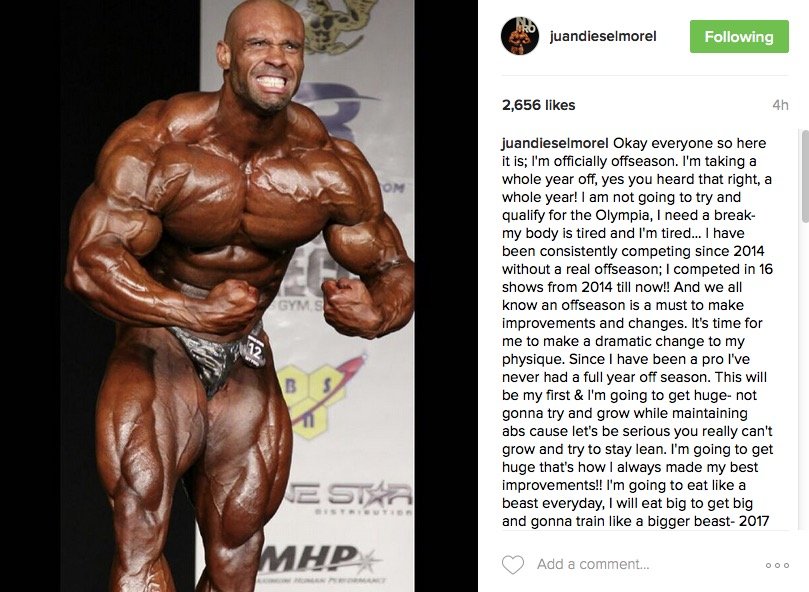