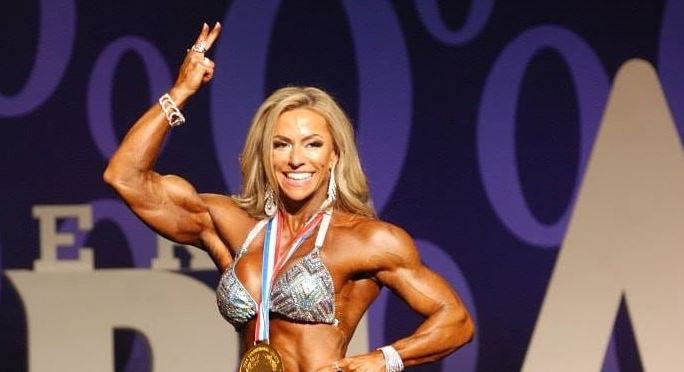 The real reason why 4X Ms Physique Olympia Juliana Malacarne is not defending her title.

The big news that 4X Ms Physique Olympia Juliana Malacarne has been making its rounds on social media.

Juliana has decided to skip the 2018 Olympia Weekend and not defend her title.

A message by Justin Miller has confirmed this news:

astrongspirit Well I’m seeing that chatter online and Juliana @julesfit10 has now given me the go ahead to make the announcement on something I have known for a little while now…..4x Ms Olympia Juliana Malacarne will not be competing in this years Ms Olympia!
She has given me many reasons that I find interesting.
Juliana is in good health and perfectly capable of competing but is simply choosing not to.
I first met Juliana in 2007 when she moved to NY from Brasil and barely spoke any English. I needed a good female trainer at my gym I used to own and despite the obvious language barrier I knew Juliana was an amazing trainer.
We became friends and she moved into my house and rented an extra room I had until she got on her feet and got busier at the gym.
She eventually built up her clientelle & rented an apartment down the street from my gym where she lived for the next 7 years while working there.

Juliana actually introduced me to my wife Rita @ritashantidmt back in 2009. I have many memories of Juliana’s career. Starting with her telling me in broken English the first time we met in person “I know one thing, one day I will be Ms. Olympia”. I then watched her take LAST callout in 12 straight shows over the next 5 years. I remember Juliana was going to retire in 2012 before WPD came out. She decided to hang on for one more show (2012 NY Pro) to see what would happen. Her mom had a stroke 4 weeks out and was left unable to walk in the hospital. Juliana jumped on a plane for Brasil. Surely I thought the show (and likely her career) was over then…but she hung on. She stayed on her diet and got back here to NY 10 days out and told me “I just want to be successful one time in life and I will win this show for my mom”. Well the history books will reflect she did it!! 13 shows into her pro career she finally had a win! Now she is stepping down as the reigning 4x Ms Olympia.
The greatest Champion the division has ever seen. A future IFBB Hall Of Fame member.
Will she compete again next year? ?? Its possible. But for now she is stepping away….as a Champion. Juliana wishing you all the best. Congrats on an amazing career to the most resilient IFBB Pro who ever lived. – Justin Miller

Justin’s message shows what a fantastic champion Juliana is and the mountain she had to climb before she won her first pro show after 12 attempts going on to winning the Women’s Physique Olympia four times.

All seemed good until Juliana’s good friend, Michael D. Bryson of ‘This is Bodybuilding’ revealed more information about her decision not to compete.

this_is_bodybuilding The first live IFBB show I ever went to was the 2012 @bevsgym New York Pro. From that moment on FLEX Magazine and Mr. Olympia on Bodybuilding.com just would never be enough.
I’ve been blessed to have seen true legends in their primes! Folks like @philheath, @flex_lewis, @oksanagrishina, @jeremy_buendia, and of course the woman who won that 2012 NY Pro WPD Championship…the beautiful @julesfit10. I saw her LIVE as she won 3 consecutive NY Pros, the inaugural Arnold Classic WPD Ms. International and, of course, her 4 consecutive Women’s Physique Olympia Championships. And today, she gave me the honor of being the first large Bodybuilding Media site to announce that she will NOT be competing in the 2018 Olympia.

So…WHY???? Well, she is NOT injured. She is healthy and she is happy. She’s grown disinterested in the look of WP. She wanted to soften the look to a healthier one…sort of how the IFBB initially stated the look would be…”conditioned but not striated”…but it was made clear to her that last year’s conditioning would be required this year. It was a look she didn’t like for herself. With little financial rewards(FACT: this 4X Reigning Olympia Champion has no major sponsors, has never had a spread in a major magazine much less a cover…and did I mention NO SPONSORS?!) the fire & passion for competing and representing WP has left her heart at this time.

This is NOT a retirement. This is a break. I think she deserves it.
In 2014 she beat the inaugural WPD Ms. Olympia, Dana Lin Bailey, in a very decisive manner. She maintained that dominance at the 2015 Arnold Classic. She’s maintained consistent greatness with a different 1st runner up each year. I rank her with the likes of Cory Everson and Lenda Murray as the ultimate in feminine muscle.
Some folks have been commenting that they hate to see her go because they fear femininity will leave WPD. THAT ultimately will be in the judges hands.
So…WHY???? Well, she is NOT injured. She is healthy and she is happy. She’s grown disinterested in the look of WP. She wanted to soften the look to a healthier one…sort of how the IFBB initially stated the look would be…” conditioned but not striated”…but it was made clear to her that last year’s conditioning would be required this year. It was a look she didn’t like for herself. With little financial rewards (FACT: this 4X Reigning Olympia Champion has no major sponsors, has never had a spread in a major magazine much less a cover…and did I mention NO SPONSORS?!) the fire & passion for competing and representing WP has left her heart at this time. Her passion is placed now in a new happy relationship. She is enjoying life and staying healthy. Some day, somewhere and in some form she MAY compete again. Just not in 2018.
Tomorrow will be #juliannamalacarne Day here at #thisisbodybuilding, so STAY TUNED for more! – Michael D. Bryson

When the 4X Ms Physique Olympia has no sponsor and no real promotion, something is really wrong with this sport. What is happening in the IFBB Pro League when a multiple champion of the biggest bodybuilding and fitness competition in the world is not sponsored or promoted?

As usual in this sport, when a look is desired in a new discipline, it tends to change with athletes trying to gain the edge. the same can be said for Men’s Physique. Some athletes are literally looking like bodybuilders, instead of the original toned down look.

evolutionofbodybuilding.net believes this decision has revealed a number of problems that have been in the sport for a while.

This problem has also happened in the open bodybuilding class. The athletes just keep getting bigger and bigger, losing the desired look of the perfect bodybuilder. Many have complained about the competitors looking out of proportion with no symmetry, but as usual the athletes that look a bit smaller, but a have a almost perfect look are getting last callouts.

We thank Michael for reveling the real reason for Juliana skipping the 2018 Olympia Weekend and we hope to see her on stage again in the near future. 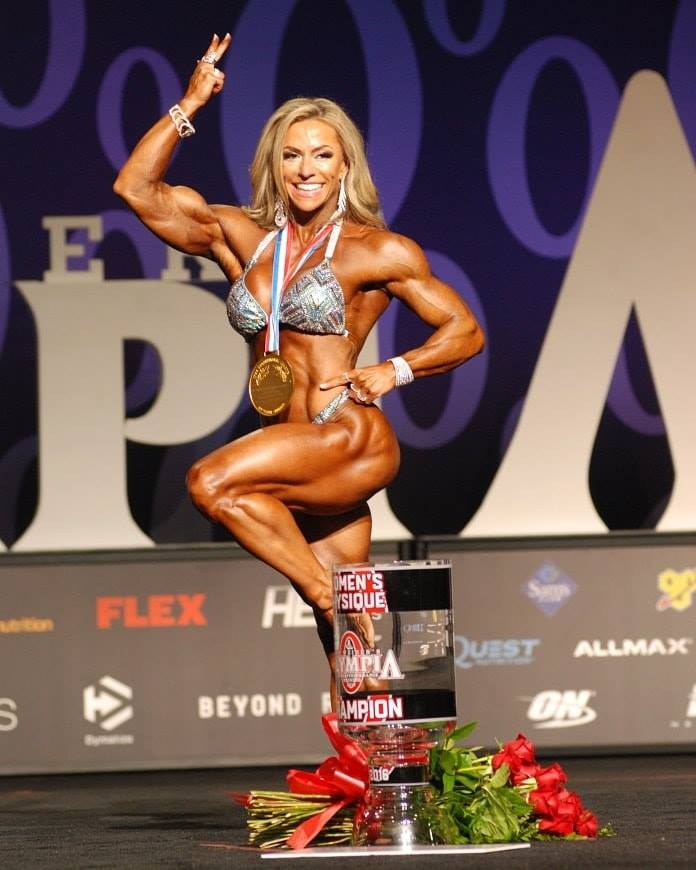 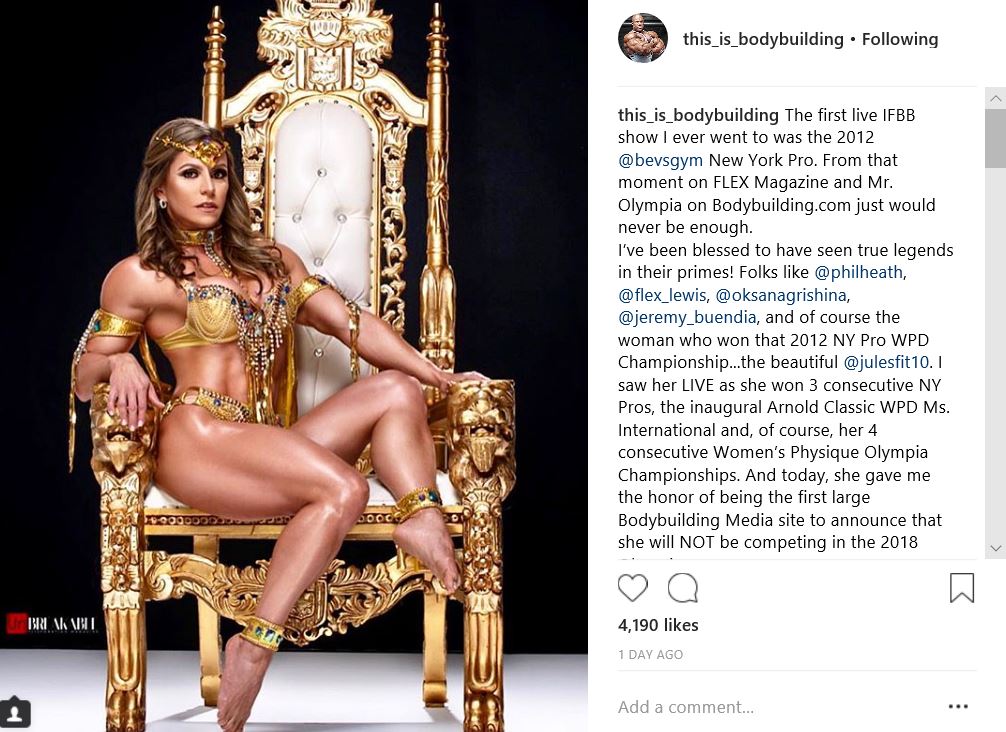 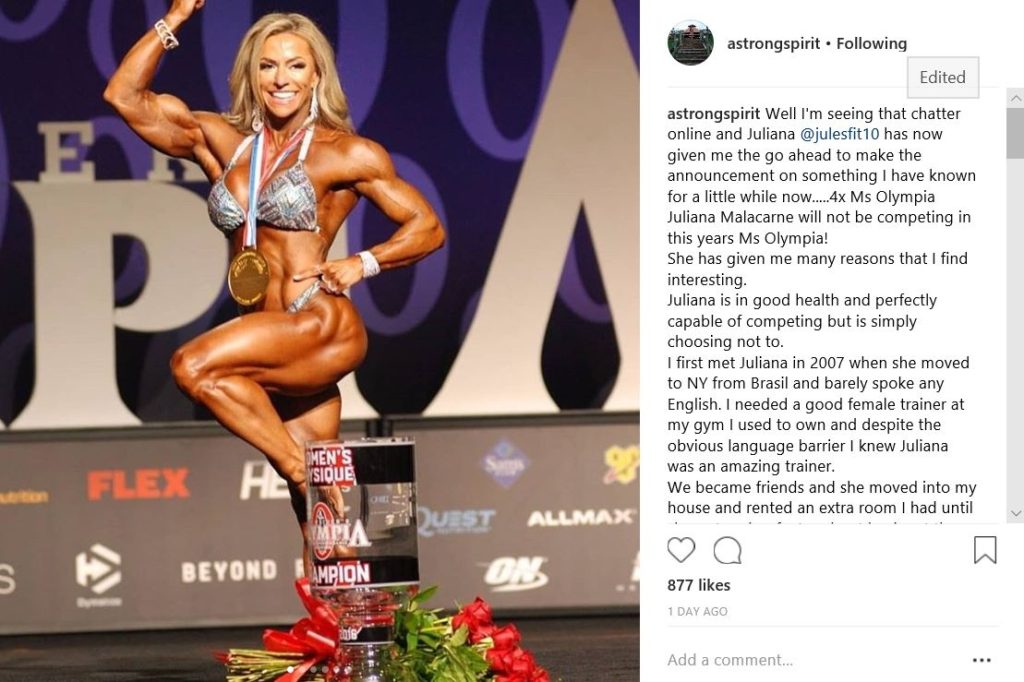